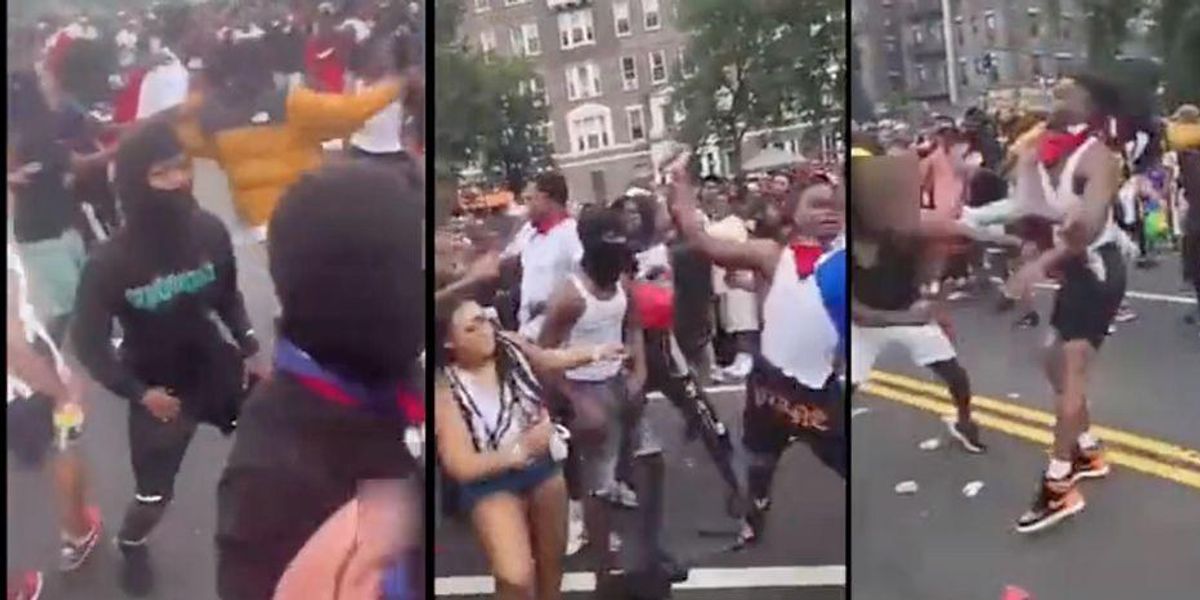 The NYPD released a video of what they said was an unprovoked beating and slashing attack on a man during the West Indian Day Parade in New York City, New York.

The cellphone video showed a chaotic attack on a 44-year-old victim during the annual parade in Crown Heights at about 7 p.m. on Monday.

Police said the victim was kicked, slashed, and robbed by the group near the intersection of Eastern Parkway and Franklin Avenue.

He was slashed in the torso by one person in the group with a knife, police said. The group allegedly robbed the man of two chains from his neck, his cellphone, car keys, and wallet.

The man was transported to NYC Health and Hospitals/Kings County in stable condition after the group fled from the scene.

The NYPD is asking for help from the public to identify some of the suspects.

The parade has been plagued with a long history of numerous instances of violence, including one in 2015 when an aide to then-Gov. Andrew Cuomo was shot in the head by crossfire from a gang shootout.

Violent crime in New York City has worsened since the start of the pandemic in 2020. A recent report from the New York Police Department said that an increase of robberies, grand larcenies and burglaries had made the overall crime rate worse from the period between May and September as compared to a year ago.

Shooting incidents and murders dropped, however, for that same period.

“Less than a quarter of our robbery arrests this year has had a bail set. In 2017, that was over 42%,” said NYPD chief of crime control strategies Michael LiPetri. “We’re arresting these individuals, and they are getting out to commit more robberies.”

Here’s the video from the NYPD: