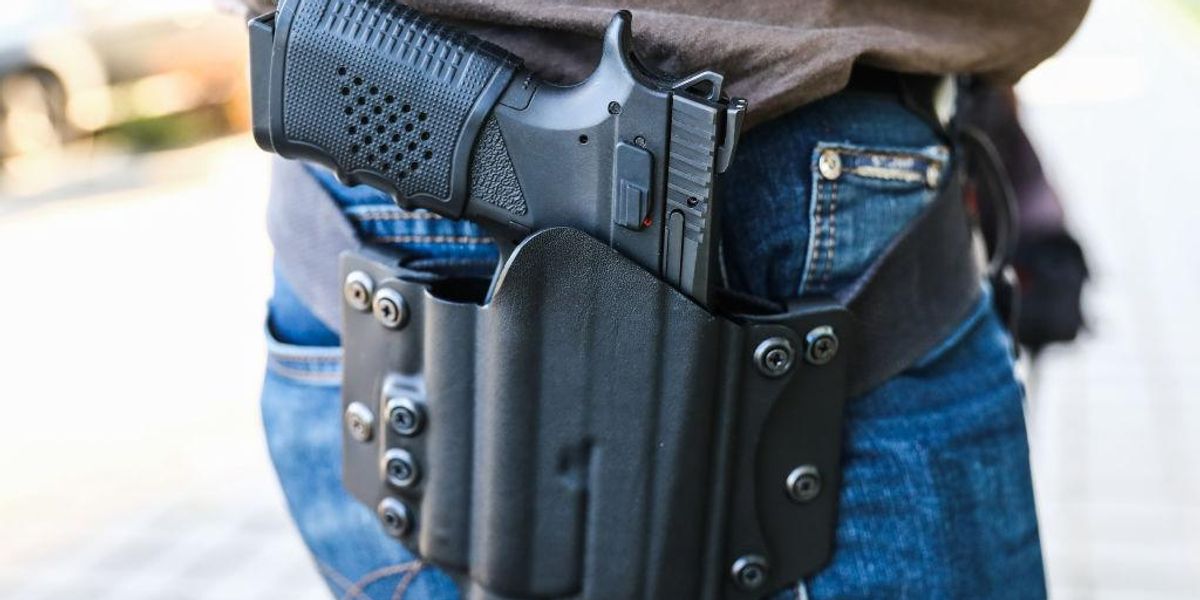 Ohio’s House Bill 99 went into effect on Monday, enabling authorized teachers, principals, and other staff to carry firearms in the classroom.

Previously, carrying firearms in a school safety zone was prohibited with the exception of persons employed as security officers or others with written authorization from a board of education. A 2021 Ohio Supreme Court ruling required that those so authorized must undergo 700 hours of peace officer training or have 20 years of law enforcement experience.

This law alternatively requires up to 24 hours of initial training and 8 supplemental training hours annually.

Now, school employees need not be trained peace officers to carry firearms, so long as:

Republican state Rep. Thomas Hall introduced the bill, noting it is necessary in areas where first responders are few and far between. “Some of the inner city schools have police officers at their school, some of these rural schools don’t have that luxury.”

DeWine issued a statement indicating the purpose of the law is “to continue to help our public and private schools get the tools they need to protect our children. … We have an obligation to do everything we can every single day to try and protect our kids.”

This law was part of a broader initiative to protect schoolchildren and strengthen security in Ohio schools.

DeWine and the Ohio General Assembly secured $100 million to help K-12 schools in the state pay for security upgrades, such as visitor badging systems, security training, and door locking systems.

Additionally, $6 million was secured to help with youth mental health. Every school is required to have a team in place by March 2023 to assess students’ behaviors for potential threats.

In the wake of the Uvalde school shooting (where it took 77 minutes for the shooter to be neutralized) and dozens of other school shootings across the nation, Ohio Democrats denounced the efforts to put more teachers in a better position to protect children from potential armed threats.

Rep. Mary Lightbody (D), a former teacher, said, “I have deep respect for the work the police officers and school resource officers do, and I would not want to ask any teacher to assume that same responsibility.”

State Sen. Teresa Fedor (D) said, “What they’ve gotten away with is unconscionable. … They will have blood on their hands.”

Randi Weingarten, the president of the American Federation of Teachers, echoed the Democrats’ condemnation of the law, tweeting, “Teachers should not be tasked with stopping a shooter in their schools.”

Ohio Republicans — with the exception of Reps. Tom Patton, Gayle Manning, and Sarah Arthur and Sens. Matt Dolan and Stephanie Kunze — supported the bill and regard the law as worthwhile.

“We’ve got to arm these teachers to give those kids a fighting chance,” said Republican Rep. Phil Plummer of Dayton. “Our best chance is training these teachers, keeping guns in schools, and trying to isolate the problem until the first responders can get there.”

The Buckeye Firearms Foundation issued a statement in June, noting that the “killings in Texas showed what many schools had known for decades, waiting on outside help to stop violent killers in a school is not a solution.”

In addition to having people trained in crisis intervention, de-escalation, first aid, and related techniques (as mandated by the new law), “Having trained, trusted and willing volunteers immediately available to stop the killing and start the medical aid will continue to save lives.”