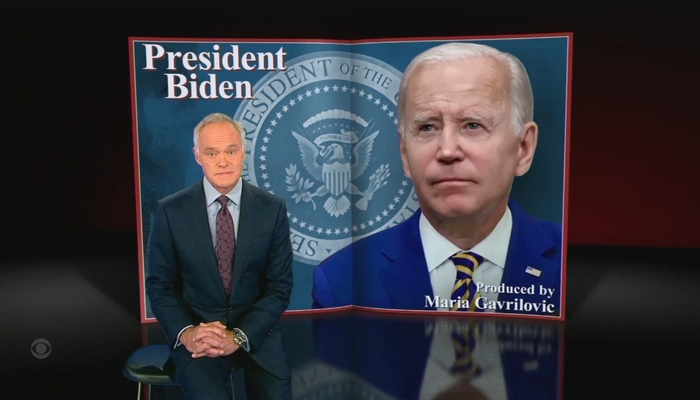 CBS journalist Scott Pelley was as firm as jelly in his 60 Minutes interview with President Biden. His “questions” were often an open-ended plea. On the FBI laying out Trump’s alleged classified documents at Mar-a-Lago,  “what did you think to yourself,” and on his low approval rating, “I wonder why you think that is.”

On Hunter Biden, he told the president if ran again, “Republicans are most likely to go after your son Hunter once again. I wonder what you would like to say about your son and whether any of his troubles have caused conflicts for you or for the United States.”

Kevin Tober joins the show to analyze all of the sappy passages he rounded up that sound like the White House wrote them. It wrapped up with Pelley waxing “you have lived a long life of triumph and tragedy. In November, you’ll be 80. And I wonder what it is that keeps you in the arena.” Seconds later, Biden pulled out his rosary ring so Pelley could tout him as “Catholic and devout.” This doesn’t match his current advocacy for abortion on demand and LGBTQ indoctrination in schools.

In our 2010 special report titled Syrupy Minutes, we compared how Steve Kroft gave puffy interviews to candidate Barack Obama, in stark contrast with Pelley’s 2008 Wall Street bailout interview with John McCain: “But why would you let the Wall Street executives sail away on their yachts and leave this on the American taxpayer?”