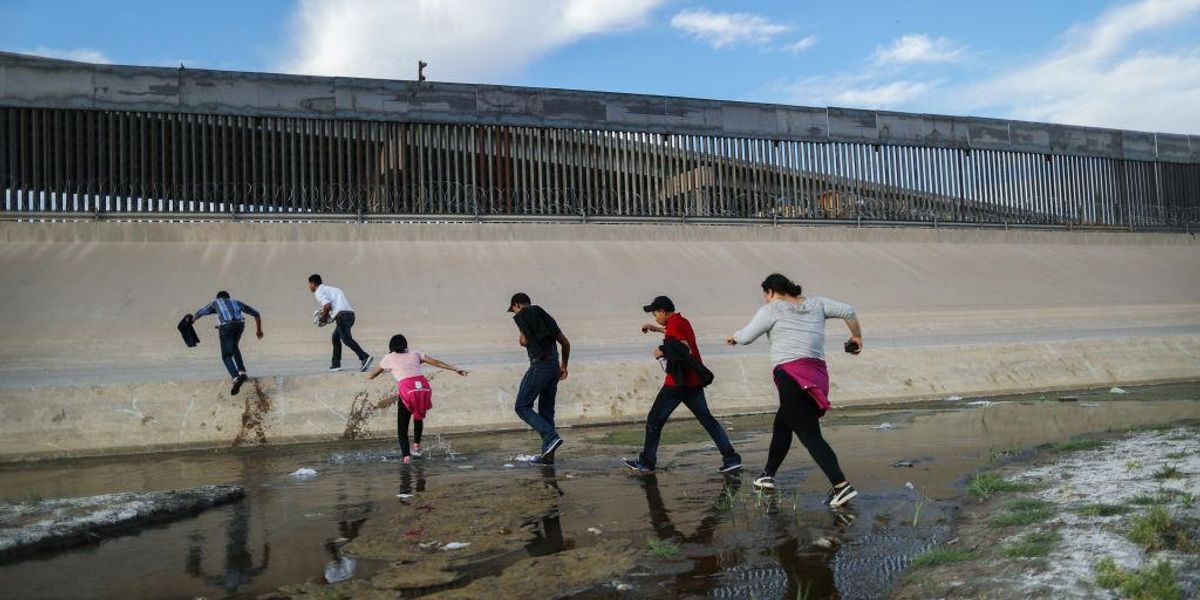 On Monday, U.S. Customs and Border Protection reported 203,597 migrant encounters at the southwest border in August. Even with one month remaining in the 2022 fiscal year, the 2.1 million encounters have already shattered previous annual records.

Last month marked the sixth month in a row that the CBP reported over 200,000 migrant encounters. If September follows the same trend, encounters will reach over 2.3 million in the 2022 fiscal year.

In 2021, the number of annual southwest land border encounters totaled 1.7 million. Over the past two years, migrant encounters have significantly increased compared to the 458,088 reported in the 2020 fiscal year.

The CBP’s report attributed the influx of migrants to failing communist regimes. The report stated that 55,333 individuals crossing the border in August were from Venezuela, Nicaragua, or Cuba.

According to the United Nations, 6.8 million Venezuelan refugees and migrants have fled their home country.

“Failing communist regimes in Venezuela, Nicaragua, and Cuba are driving a new wave of migration across the Western Hemisphere, including the recent increase in encounters at the southwest U.S. border,” said CBP Commissioner Chris Magnus.

Magnus gave credit to the Biden administration for a decrease in the number of Mexican citizens attempting to cross the southwest border.

“At the same time, the number of migrants entering from Mexico and northern Central America has decreased for the third consecutive month, as the Biden-Harris Administration works with our partners in the region to address the root causes of migration, facilitate repatriation, and take thousands of smugglers off the streets,” he said.

The CBP August report also stated that the numbers are inflated due to many migrants crossing the border multiple times. The department recorded 157,921 unique encounters in August and included primarily single adults.

The federal government’s weak border policy has forced states in the southwest to find other solutions.

To handle the increase in border encounters, Texas Governor Greg Abbott launched Operation Lone Star, which enlisted the Texas National Guard’s help apprehending illegal immigrants. As of Friday, the multi-agency effort has resulted in the apprehension of 304,700 migrants and 19,800 criminal arrests.

Between Texas and Arizona, approximately 13,000 migrants have been bused to “sanctuary” cities around the nation.

Politico Founding Editor Wants to Rewrite Constitution Because of Trump
Where are American Feminists During the Biggest Women’s Rights Protests Ever in the Muslim World?
Pharmaceutical company agrees to settle for $900M to resolve allegations it provided kickbacks to physicians and submitted false claims
What? Did You Think The Biden Administration Wasn’t Racist?
Carbon dioxide levels have nothing to do with global temperatures, top scientist says