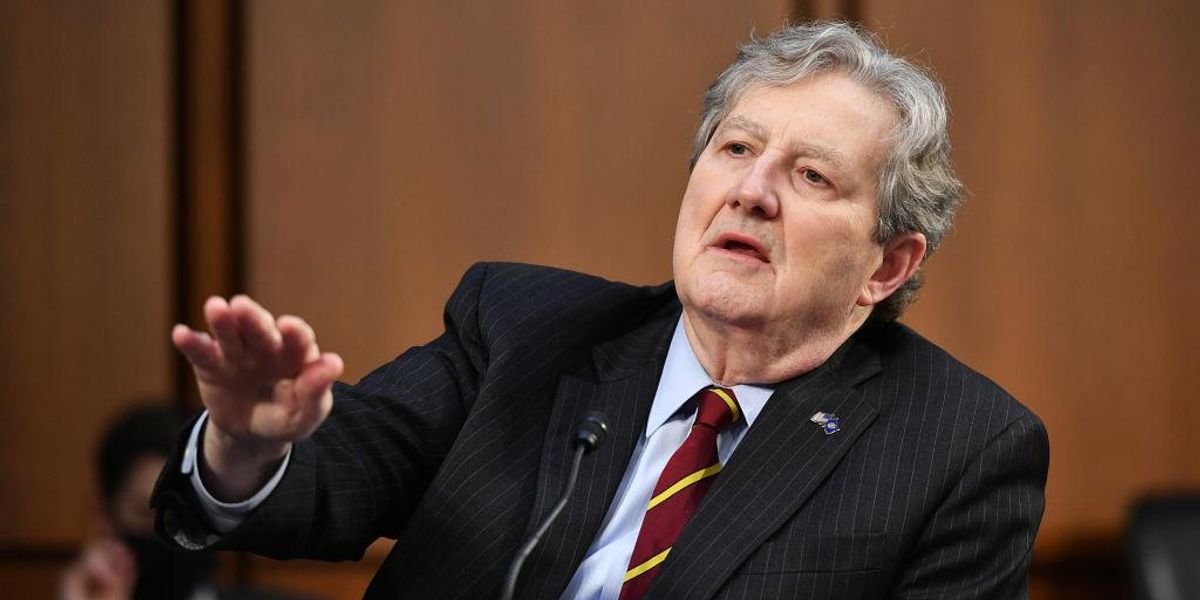 The Biden administration announced a plan to cancel massive amounts of federal student loan debt, but Republican Sen. John Kennedy of Louisiana has pointed out that “we already had a plan to repay student debt. It’s called a job. And it was workin’ just fine.”

During an appearance last week on “Hannity,” the lawmaker also said that “President Biden is inflation’s best friend,” and that “[i]nflation loves President Biden like the devil loves sin.”

A group of 22 GOP governors joined together in a letter urging the president to ditch the student loan cancellation proposal.

“At a time when inflation is sky high due to your unprecedented tax-and-spend agenda, your plan will encourage more student borrowing, incentivize higher tuition rates, and drive-up inflation even further, negatively impacting every American,” their letter contended. “Rather than addressing the rising cost of tuition for higher education or working to lower interest rates for student loans, your plan kicks the can down the road and makes today’s problems worse for tomorrow’s students.”

Americans have been getting walloped by soaring inflation. According to the consumer price index report released last week, “The all items index increased 8.3 percent for the 12 months ending August, a smaller figure than the 8.5-percent increase for the period ending July.”

“Your aunt’s Facebook page has more credibility with the American people than President Biden does when it comes to the economy,” Kennedy said, adding that he believes “voters are gonna go medieval on him.”

The witty lawmaker is running for another term during the 2022 election contest.

u201cWe already had a plan to repay student debt. Itu2019s called a job, and it was working just fine before Pres. Biden decided to transfer debt from coastal elites who chose to take out loans to hardworking Americans who didnu2019t.u201d

FLASHBACK: 3 Paul Krugman Rules for ‘Bidenomics’ That Self-Destructed in 2022
Students Finally Winning the School Choice Fight
Video: Mother, teen daughter carjacked in their own driveway after handgun-toting crook apparently waited for them to exit Philly home early in morning
Watch professional fishermen get caught cheating to win high-stakes tournament, furious crowd wants to tear them apart: ‘You should be in jail!’
Florida Man Friday: The Heroes of Hurricane Ian