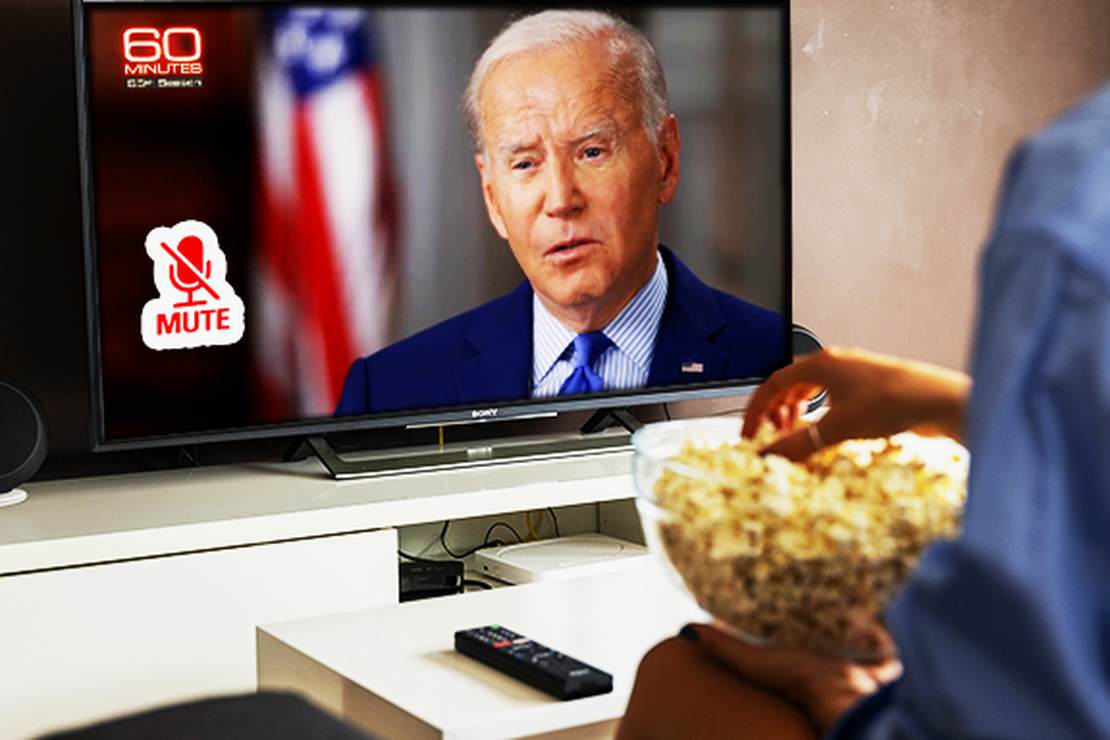 “I’m not a doctor, but I play one on TV,” Bergman, who played Dr. Cliff Warner on the longtime daytime soap opera, begins in the ad. The rest of the script is irrelevant.

It’s one of those slogans that transcends the advertisement it originated in, even the product itself, like “Where’s the beef?” or “I’ve fallen, and I can’t get up.”

It’s also surprisingly relevant to the ongoing situation in the White House, where Joe Biden clearly isn’t the president; he just has the job of playing the president on television. I am admittedly trying to inject some humor into this situation, but the truth isn’t very funny.

This past weekend, Joe Biden participated in a one-on-one interview for the very first time on 60 Minutes with CBS News’s Scott Pelley — who might as well have interviewed Peter Bergman, who I suspect would have done a better job memorizing his lines.

Joe Biden’s response to Pelley’s questioning on inflation was, without a doubt, awful but hardly the worst part of the interview.

Our so-called commander-in-chief went completely off-script when he ostensibly described the policy of his administration with regard to the ongoing conflict between China and Taiwan.

“We agree with what we signed onto a long time ago,” Biden said in reference to the 1979 Taiwan Relations Act. “There’s a ‘One China Policy,’ and Taiwan makes their own judgments about their independence. We are … not encouraging [them to be] independent. … That’s their decision.”

Pelley followed up by asking, “So, unlike Ukraine, to be clear, sir, U.S. forces, U.S. men and women would defend Taiwan in the event of a Chinese invasion?”

Biden’s statement, if accurate, it would mean there’s been a significant shift in the United States policy toward Taiwan. The United States has engaged in a policy known as “strategic ambiguity.” This policy dictates that the United States does not officially confirm whether or not it would defend Taiwan if they’re invaded by China.

This wasn’t the first time Biden expressed this willingness to defend Taiwan, nor was it the first time the White House has had to clean up after Biden for incorrectly stating U.S. policy on the matter. Less than a day after the interview aired, the White House released a statement assuring that Biden “was not announcing any change in our policy” and that his administration continues to “oppose any unilateral changes to the status quo.”

Biden similarly went off-script and deviated from his own administration’s policy when he declared that the COVID-19 pandemic is over.

It’s troubling to see the White House have to spend so much time and energy telling us what Biden really meant or convincing us that he didn’t say what he actually said. There is almost no explanation for it that makes the current administration look good. Either Biden is oblivious to his administration’s own policies or Biden isn’t actually the one running the U.S. government.

Putting aside Biden’s suspected senility, the idea that a sitting president is a pawn, not the true head of state, is something that Americans have every reason not to be comfortable with because we frown on the idea of a large and complex bureaucracy being in charge when we elect a single individual to do the job. A president is accountable to the voters, while unelected bureaucrats aren’t accountable to anyone. Yet half the time, Biden’s own words are being backtracked by the White House, and the other half Biden is shipping off to Delaware out of sight.

Biden’s handlers aren’t simply keeping him to his schedule; they’re protecting him from too much exposure. It’s hard not to notice this after four years of Trump making himself more accessible to the media than any president in modern history. The irony is that, for four years, Democrats repeatedly questioned Trump’s fitness to serve. Today, they’re not only pretending that Biden is fit to serve, but they’re also making believe that he’s actually the one calling the shots.