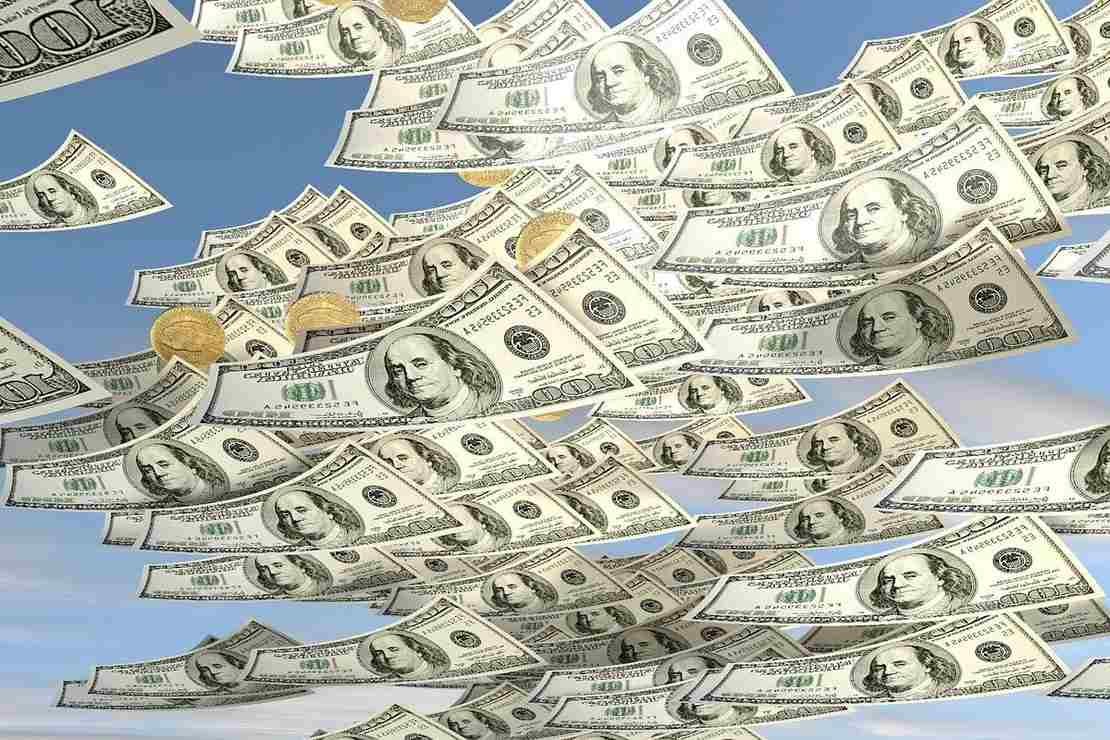 What happens when the federal government gives out $2.7 trillion dollars without all the usual (inadequate) safeguards in place to prevent massive fraud?

“Nothing like this has ever happened before,” Matthew Schneider, a former U.S. attorney from Michigan, told NBCNews. “It is the biggest fraud in a generation.”

This was invited fraud. This was the United States government sending out an open invitation to anyone with minimal brain power and a modicum of moxie to take as much cash as they could as quickly as possible.

The bottom line is that the federal government didn’t care how much of the trillions in pandemic aid was stolen. As long as people got some cash in their pockets quickly, that was all that mattered.

Related: Pentagon Should Not Be Handing Billions of Dollars to Companies That Don’t Have American Interests at Heart

The Justice Department inspector general Michael Horowitz told NBC’s Lester Holt that the COVID-19 relief programs “were structured in ways that made them ripe for plunder.”

“The Small Business Administration, in sending that money out, basically said to people, ‘Apply and sign and tell us that you’re really entitled to the money,’” said Horowitz, the chair of the Pandemic Response Accountability Committee. “And, of course, for fraudsters, that’s an invitation. … What didn’t happen was even minimal checks to make sure that the money was getting to the right people at the right time.”

In other words, there are people who work for the federal government who were grossly and deliberately negligent in handling trillions of taxpayer dollars. Catch the grifters, for sure. But also arrest those who failed to do their jobs to give minimal protection to the care and spending of tax money.

But why should they care? After all, it was other people’s money.

Now the DOJ alleges that “47 defendants defrauded the Department of Agriculture’s Federal Child Nutrition Program by laundering money meant to be used as reimbursements for the cost of serving meals to children during the pandemic” to the tune of $250 million, according to Axios.

The department alleged the scheme was perpetuated by Feeding Our Future, a nonprofit organization and a sponsor participating in the program.

It claimed the organization recruited other defendants to open more than 250 Child Nutrition Program sites across Minnesota, which went on to fraudulently report serving thousands of meals to children every day within days or weeks of being formed.

The organization then allegedly laundered the money that was intended to be reimbursements for the meal through shell companies.

The fraud is piling up. At least $80 billion was swiped from the Paycheck Protection Program. A still unknown amount — perhaps up to $400 billion — was sent to prisoners, criminals, and an astonishing number of ordinary people who saw how easy it was to steal and gleefully participated. Another $78.2 billion was lost to potentially fraudulent Economic Injury Disaster Loans, another COVID relief program for business.  The numbers are growing literally by the hour, and the government has been forced to admit that most of the cash is “unrecoverable.”

Using the need of ordinary people for money during the pandemic to explain away fraud is dishonest. The problem is that the systems the Feds put in place to disburse money during the pandemic didn’t take into account the possibility that some of these Americans might not have the best of intentions at heart. As it turned out, tens of thousands of people figured out how to game the system.

And most of them appear to have gotten away with it.

Police hunting down prison escapee, an illegal alien behind two Las Vegas bombings
Why Georgia and Nevada Are Key to a GOP Senate Majority
Ukraine on the Verge of Another Massive Battlefield Victory
Writer Maud Newton deletes tweet after claiming that it was ‘an evangelical dog whistle’ when Florida Gov. Ron DeSantis described hurricane storm surge as ‘biblical’
Slapped with another temporary Twitter suspension, Libs of TikTok reiterates vow to sue if the social media giant ever issues permanent suspension