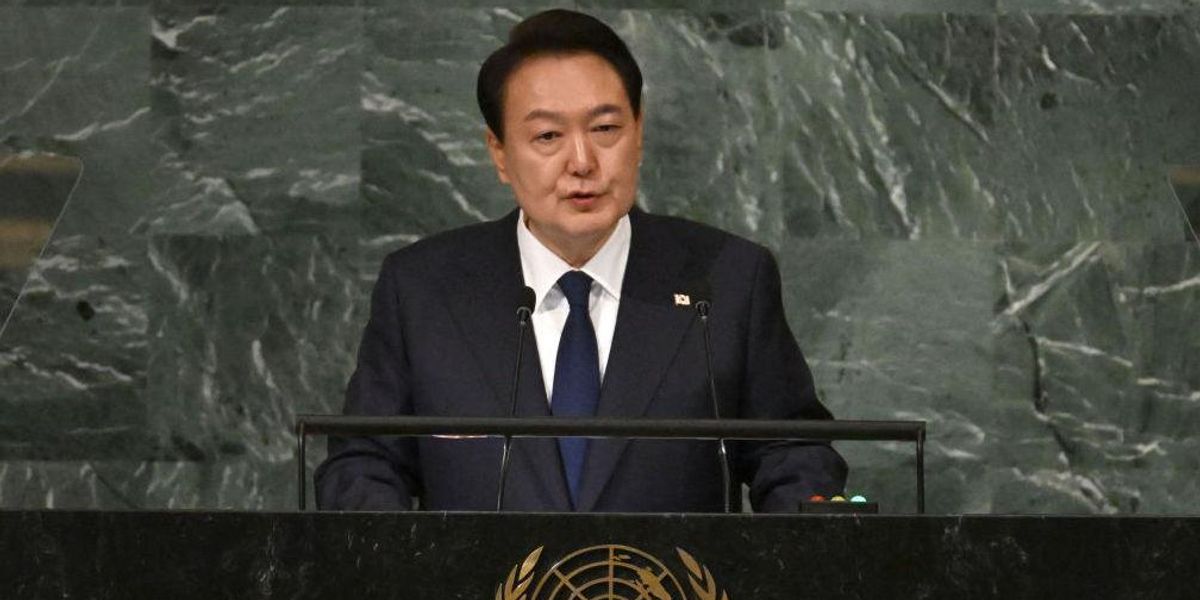 South Korean President Yoon Suk-yeol was accused of a “major diplomatic mishap” Wednesday after his insult of the United States was caught on a hot mic.

What did Yoon say?

President Joe Biden delivered a speech to the United Nations General Assembly in which he pledged to increase American contributions to the U.N. General Fund, action that would require congressional approval.

After meeting with Biden on Wednesday, Yoon was caught on camera insulting Congress, suggesting lawmakers may block Biden from fulfilling his promise.

“How could Biden not lose damn face if these f***ers do not pass it in Congress?” Yoon told his aides, a comment caught on a hot mic, Agence France-Presse reported.

Yoon’s office, however, defended the remarks.

“He wasn’t speaking publicly on the stage but in passing, and although I don’t know who recorded it and how, I actually think it should be verified,” said an official for the South Korean presidential office.

“I think it’s highly inappropriate to draw a link between private remarks and diplomatic accomplishments,” the official added, apparently referring to Park’s criticism. “It’s quite regrettable that a diplomatic disaster is being talked about over something like that when he is doing everything to complete a demanding schedule in the national interest of the Republic of Korea.”

Although he has only been president since May, Yoon is unpopular. His approval rating tanked to just 24% recently before rising to a paltry 32%, AFP reported.

What did the WH say?

The White House has not responded directly to Yoon’s remark.

However, after Biden informally met with Yoon, the White House released a statement explaining what the world leader’s discussed.

“The two leaders reaffirmed their commitment to strengthen the U.S.-ROK alliance and ensure close cooperation to address the threat posed by the Democratic People’s Republic of Korea (DPRK),” the White House readout of the meeting said.

MSNBC Admiral’s Weird Metaphor: Putin’s Draftees for Ukraine Are Like NYC Bartenders
Are Democrats Rooting for Massive Loss of Life in Florida?
‘Unwoke’ With Kevin and Kruiser #49: How Many Attractive Italian Women Does It Take to Trigger a Democrat?
Florida in PANIC ahead of Hurricane Ian making landfall: Grocery shelves EMPTY
Fauci and his wife’s net worth jumped $5 million during pandemic, financial disclosures show