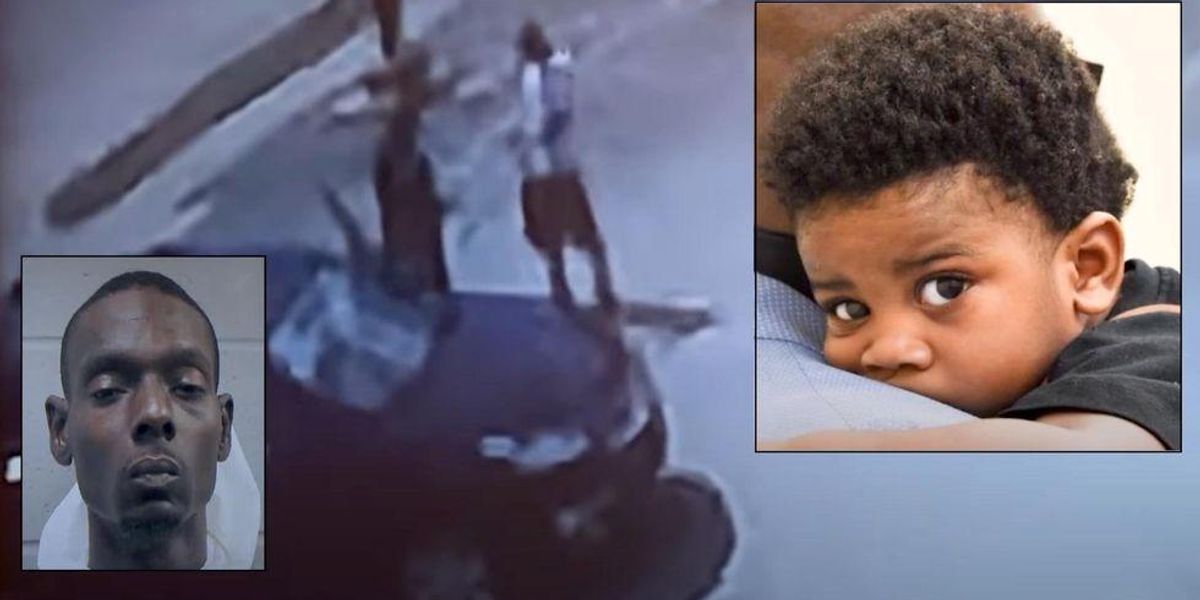 Texas police accused a man of shooting a father to death, stealing his SUV, and then abandoning the victim’s 2-year-old son to die in the backseat.

The harrowing incident unfolded in southwest Houston when Mike Essien, 38, was found shot to death in a gas station parking lot.

Surveillance video obtained by KHOU-TV showed a man get into an argument with Essien before shooting him. Essien stumbles away and falls as the man gets into the vehicle and drives away.

Police were called to the scene and found Essien dead.

When the wife of the victim realized that her husband was missing, she called police to report it and also that their 2-year-old son Micah was missing. The father was supposed to pick up their other child from school but never showed up.

That’s when police realized that there was a child in danger, but by the time they found the car, little Micah had died.

“The windows were rolled up and the engine was turned off. The outdoor temps at the time were around 93 degrees. The vehicle was parked on a concrete city street with no shade,” a prosecutor said in court.

Police identified 38-year-old Bolanle Fadairo as the man on the video and after a hours-long manhunt they arrested him at an apartment building.

Investigators say Fadairo confessed to the police and said Essien had owed him money, but Essien’s wife told KHOU the father of three had been trying to help Fadairo with money and jobs for years. She said they had been friends for three decades and had gone to high school together.

“He was very selfless. He put everybody else above himself,” said

The suspect’s attorney told reporters that he did not know the 2-year-old boy was in the car when he stole it.

Fadairo was also charged with tampering with evidence because police said that he tried to delete cellphone messages related to the crime.

A GoFundMe campaign has been created for the family of the victims.

Here’s more about the heinous incident:


No bond for Bolanie Fadairo in murders of lifelong friend, toddler