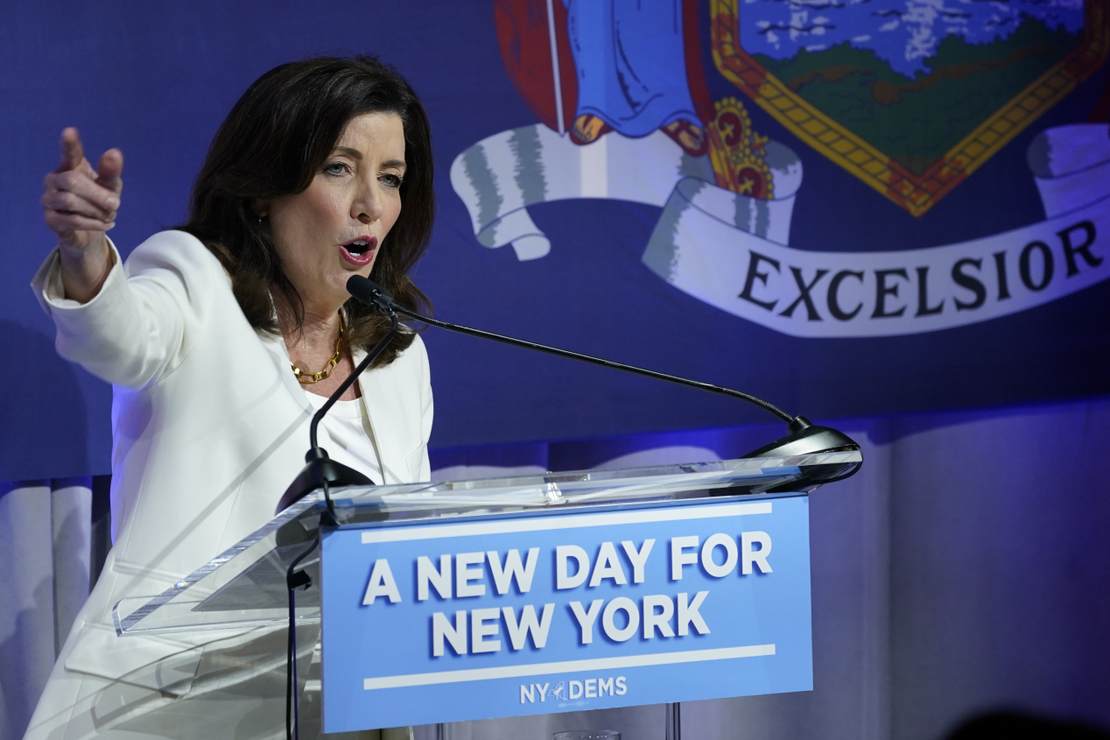 New York is a deep blue state, and Democrat Gov. Kathy Hochul should have no problem getting reelected. Except that may not be the case this year. Multiple polls are showing Republican Congressman Lee Zeldin close behind Hochul, and the potential for a Republican to be elected governor in the Empire State seems like a real possibility.

So Kathy Hochul is hiding from him.

Rep. Zeldin wants multiple debates with Hochul, as has long been a tradition, but she doesn’t want them. Hochul instead offered to do one debate mere days before early voting starts. An offer that Zeldin rejected.

“I am rejecting that offer and I am suggesting that the governor needs to come back with an offer to do multiple debates across the entire state,” Zeldin explained at a press briefing. “One debate is unacceptable. I’m calling on Kathy Hochul to come out of hiding.”

Zeldin has been calling out Hochul for weeks for refusing to debate. Hochul clearly realized she had to do something, so she agreed to the single one-hour debate.

Even in races where the outcome seems inevitable, we’ve been used to seeing candidates facing each other in multiple debates, yet now we’re even seeing Democrats in tight races running scared from their Republican opponents.

Why is that? I think we can all figure out the reason. Democrats are trying to make this election about abortion because they think it’s an issue they can win on, and it’s also pretty much the only issue that’s a winner for many of them. The key concerns of the voters are immigration, inflation, and crime, and those issues heavily favor Republicans,

Should we be so surprised that Democrats don’t want to face off against their Republican opponents? So much of the Democratic Party is pretending to be something they’re not and hiding who they really are. For example, even on the issue of abortion, they spend more time hiding behind deceptive talking points and euphemisms, like “choice” and “reproductive freedom” or “women’s rights” rather than focusing on the barbaric procedure itself. These days, they’re evening denying the reality of fetal heartbeats. Why? Because, you know, people have heartbeats, and if your heart stops beating, you die, and to acknowledge that an unborn child has a heartbeat makes abortion a harder sell.

When a party is full of people who don’t want the voters to know who they really are or what they support, shouldn’t that tell you something?

Doocy EXPLODES After KJP Ducks His Abortion Question: ‘You Did NOT Answer My Question!’
Iran President Withdraws From CNN Interview When Reporter Refuses to Wear Head Scarf
Republican lawmakers push measure to end catch and release policies
Study reveals hiring bias at US universities; most professors come from small number of programs
Did Jean-Pierre just ADMIT the Biden admin has been flying migrants across the country ‘since day one’?