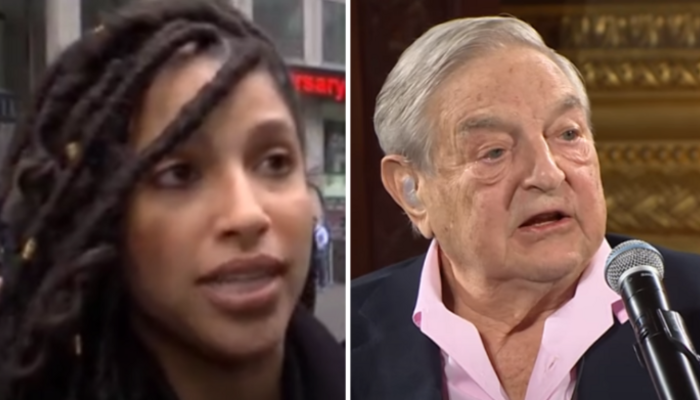 In a so-called “exclusive,” The Post found a Twitter truther to steal former Twitter executive Peiter “Mudge” Zatko’s thunder and make the issue about Trump rather than the Big Tech platform. “Jan. 6 Twitter witness: Failure to curb Trump spurred ‘terrifying’ choice,” was The Post headline.

The leftist whistleblower — now identified by The Post as Anika Collier Navaroli — was reportedly a “former policy official on the team designing Twitter’s content-moderation rules,” meaning the “rules” that made Twitter a bloated censorship operation to silence conservative speech. But nowhere in the article did The Post mention Navaroli’s ties to Soros.

Navaroli reportedly overcame the “terror she felt” about coming forward due to her so-called “worry” that Trumpian “extremism and political disinformation on social media pose an ‘imminent threat not just to American democracy, but to the societal fabric of our planet.’” [Emphasis added.]

The story fawned how a previously “unidentified former Twitter employee” testified before the Soviet-style House Jan. 6 committee to slam the company for ignoring “false and rule-breaking tweets from Donald Trump for years because executives knew their service was his ‘favorite and most-used … and enjoyed having that sort of power.’” Twitter banned Trump two days after the Capitol riot on Jan. 6, 2021.

Color of Change even identified Navaroli as its “senior campaign manager” in 2017 when she whipped out the race card to celebrate the ouster of former Fox News host Bill O’Reilly and pledged to place more woke activist pressure on Fox News.

But that’s not all. Navaroli also is listed as an “alumnus” of the Soros-funded Data & Society Research Institute (DSRI). Among the leftist group’s feats: moderating a 2019 event called “CLIMATE CHANGE AND CONSPIRACY: NETWORKED DISINFORMATION,” which accused the “international far right” of “leveraging the current climate crisis.” Soros gave DSRI $1,540,000 between 2016 and 2019.

While disingenuously painting Navaroli as having a “strong bias for protecting speech,” The Post championed how she “grew fascinated with how” online censorship rules “were helping shape real-world social movements, from the inequality campaigns of Occupy Wall Street to the protests over racial justice and police brutality.”