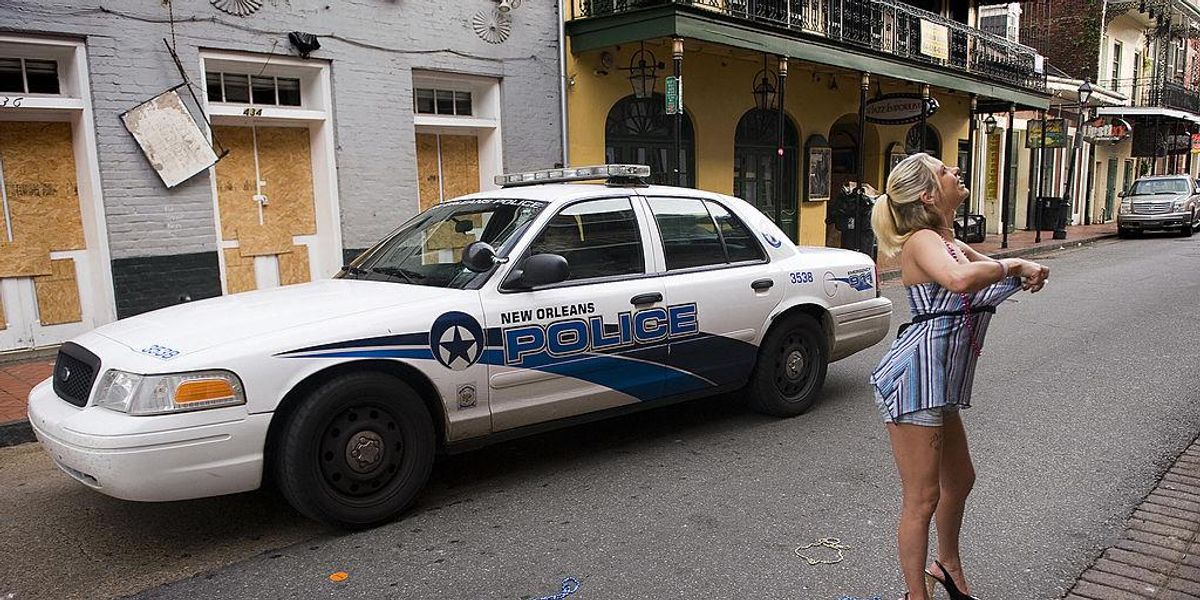 As part of a new initiative aimed at bolstering the force and its crime-fighting response, the New Orleans Police Department will re-deploy officers to the streets who were previously working in administrative, specialty, and detective capacities. Extra to dispatching trained police and prompting previously rejected applicants to reapply, the NOPD will also be enrolling 50 to 75 civilians in support roles.

Investigative work may include collecting evidence at crime scenes and responding to thefts.

“As we take calls over the phone,” said Ferguson, “there may be some evidence that needs to be collected with that call. We’ll have civilian investigators to go out and collect that evidence instead of an officer having to go out there.”

In addition to putting civilians into the field, the NOPD will also assign ranking officers to patrol the streets at least once a week.

Michael Glasser, the president of the Police Association of New Orleans, told WWL-TV, “That’s what has to happen for now at least, until we can hire more people, train more people and stop the attrition, so we stop shrinking.”


LIVE: NOPD update on getting more officers on the streets

In hopes of luring more talent into the NOPD, applicants’ questionable pasts will now be glossed over and their futures prospectively sweetened.

Previous hiring criteria that may have prevented past applicants from being considered are being dropped. Applicants with noted drug histories and low credit scores will now be admissible.

Those who join the force as well as those who remain on it can expect pay raises, hiring or retention bonuses, and student loan assistance. Additionally, the city is advocating for the coverage of all health care costs for officers as well as for bringing back the take-home car policy.

The salary for recruit candidates starts at $40,391 and rises to $56,566 per year. Those with a bachelor’s degree can qualify for a higher starting salary.

There are presently only 12 recruits.

The Wall Street Journal reported earlier this month that New Orleans, which has the highest homicide rate of any major city in the country, sees 41 murders per 100,000 residents, a 44% increase over last year’s figures and a 141% increase over the same period in 2019. The number of bodies is not the only figure that is high.

New Orleans’ epidemic of violent crime has been attributed, in part, to the fallout of the pandemic response, to low bails, and to the tack taken by Soros-backed Orleans Parish District Attorney Jason Williams. However, Ronal Serpas, former New Orleans police superintendent, told the Wall Street Journal that the beleaguered NOPD’s staffing difficulties have much to do with the “crisis of crime and … crisis of confidence in this city.”

Serpas noted that the force has at best 60% of the officers necessary to provide protection for the residents of New Orleans. With an average 911 response time of 2.5 hours, the “criminals are more bolder and more brazen. … They do not believe they will face any consequences for their actions.”

The NOPD currently has fewer than 950 commissioned officers.

Michael Glasser told “Fox & Friends” last summer that the force, then slightly bigger than at present, was severely lacking in manpower. He attributed the difficulty in attracting and retaining commissioned officers, in part, to “defunding efforts by city government” and “anti-police sentiment.”

The New Orleans Crime Coalition released the results of its “Annual NOPD Citizen Perception Study” in June. Only 25% of respondents said that citywide, New Orleans is safe. That represents a 10-point drop from 2021. In 2020, 57% of residents answered they felt the city was safe.

Mayor LaToya Cantrell, who assumed office on May 7, 2018, and now faces a recall campaign, issued a release on Sunday, saying: “I am encouraged by the implementation of these additional patrols, in addition to many other game changing policy and procedural changes that are underway as we continue reimagining policing in New Orleans.”

The Kruiser Kabana Episode 203: Elon Musk and the Complete Psychotic Break on the American Left
James, WashPost Assassinate Character Of Dallas Cowboys Owner
Does Mitch McConnell Have a Valid Point About Trump?
Actor Brad William Henke dies in his sleep at age 56
‘We can no longer say this is a pandemic of the unvaccinated’: CDC data indicates vaccinated, boosted people together make up majority of COVID-19 deaths