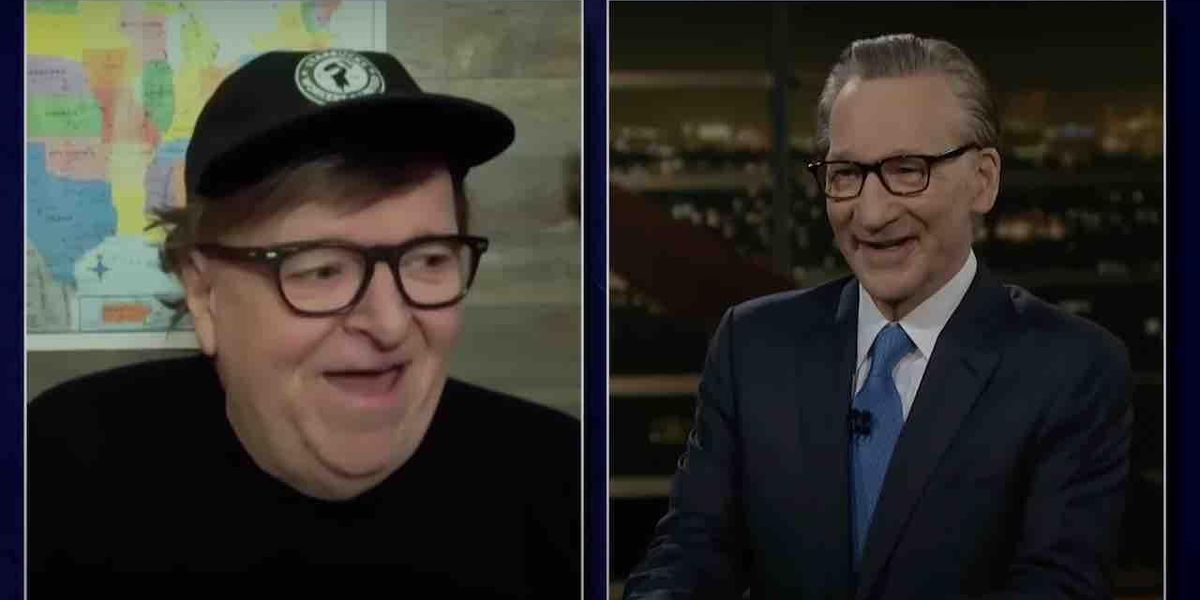 Left-wing filmmaker Michael Moore embarked on a lengthy anti-Republican rant during his segment with “Real Time” host Bill Maher on Friday night, predicting a “landslide” in November’s midterm elections against the “Republican traitors” who are “trying to tear the country down.”

Maher reminded Moore after several minutes of the leftist’s nonstop stumping that “we are for all Americans on this show.”

“I have never felt this optimistic,” Moore told Maher during the video interview.

Moore noted that the “Real Time” audience booed him after he correctly predicted former President Donald Trump would win the White House in 2016, but now Moore said he believes “the opposite’s gonna happen” this coming November.

“I think that there is gonna be such a landslide against the traitors, especially against the 147 Republicans who just hours after the insurrection voted to not certify the elected president of the United States, Joe Biden, and I think that there is gonna be so many people coming out to vote,” Moore said before sarcastically thanking the Supreme Court “for reminding women that they are, in fact, second-class citizens” in reference to the high court’s Roe v. Wade overturn this summer.

Moore then pivoted to the surprising pro-abortion win in historically red state Kansas recently and the defeat of Republican Sarah Palin in a special election in Alaska for U.S. Senate before predicting a “massive turnout of women” that he said would turn the midterm tide in the Democrats’ favor.

“There are so many signs of this that … I honestly think if we all do our work, and if we all get people to get out there, and we get out there ourselves … I think we can throw out a huge number of these Republican traitors in November,” Moore added to Maher.

According to Fox News, Moore also said there’s a “good chance” there will be “two to five” new Democrat senators following the midterms and that the Democrats will keep control of the House of Representatives.

“So women, young people, and people of color are going to save the day, and we are going to be very happy the day after the election,” Moore added to Maher, according to the cable network. “I think there’s a real revolution — a non-violent revolution — going on in favor of democracy. People don’t wanna lose it …”

‘We are for all Americans on this show’

Maher replied, “You know, we have some Republicans watching this show … we are for all Americans on this show,” the outlet said.

Moore tried to squeeze in additional words, but Maher cut him off, Mediaite noted: “Yeah, I know, I know. Shut the f*** up. Shut up right now and answer one other question. Okay?”

Fox News said Moore’s mood changed with a big sigh after Maher asked him about Biden’s chances in 2024.

“Oh, suddenly you have nothing to say,” Maher told Moore, according to the cable network.

“I feel for him,” Moore responded, Fox News said. “I don’t want to pick on him because he’s old, but he told us when he was running he may only be a one-term president.”

Here’s most of Moore’s anti-Republican speech:

New book says being a sports fan is good for your mental health
Video: Fugitive hiding under mattress opens fire on cops who were searching for him. It doesn’t end well for suspect.
Like the Measles? CNBC’s Jim Cramer Offers Full Flip-Flop on COVID Dangers
James, WashPost Assassinate Character Of Dallas Cowboys Owner
Newsmax’s Chris Salcedo Slams Media for Silence on Dem Anti-Semites