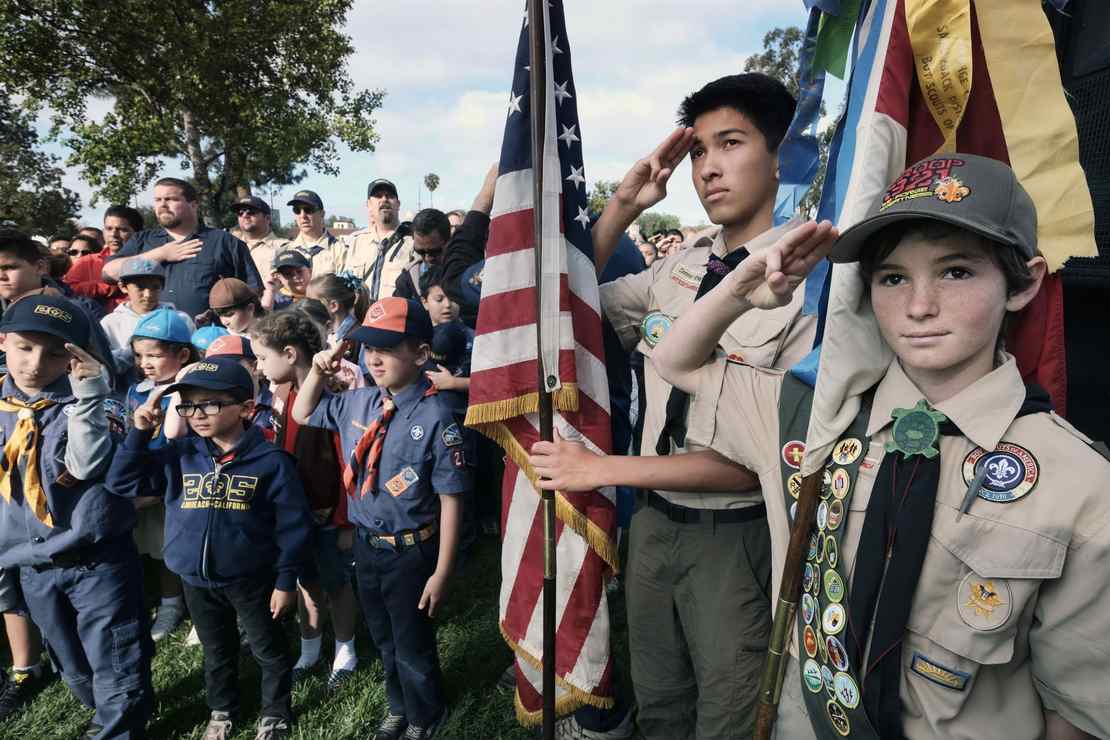 In recent weeks, it seems like every time I go to the supermarket during the day, there is a small group of Boy Scouts or Girl Scouts conducting a fundraiser. The Girl Scouts have their cookies, the boy scouts have—whatever is they’re pushing. Today was no different, some local Boy Scout troop was selling something for a fundraiser, and when approached on my way out, I politely declined to buy whatever it was they were selling.

And I will continue to do so for the foreseeable future.

This isn’t something I’m happy about. I know these kids are putting in some effort to raise money for their troop or whatever—I’ve been there. I was, for a couple of years, a Cub Scout, and I remember doing the fundraisers.

But I also remember the Boy Scouts not being a woke organization. Unfortunately, the once great organization has been destroyed by the radical left. Initially, there was a whole movement to open the door for gay scoutmasters, which, of course, was successful. Like every crusade for the radical LGBTQ movement, that wasn’t enough. Eventually, the Boy Scouts of America organization was pressured into admitting female members, too. So, because of the left, the Scouts went gay and co-ed, and now bear little resemblance to the Christian-based organization it once was. It is, sadly, now another front for LGBT groomers to target children. Earlier this year, a Scout troop in Seattle lead the Seattle Pride Parade.

Last year, we learned that the Boy Scouts were also pushing the leftist agenda with the creation of a new merit badge that clandestinely pushes both radical gender theory and critical race theory. To make matters worse, the badge was made a requirement for prospective Eagle Scouts.

The Girl Scouts have similarly become woke and heavily politicized.

In 2020, they were successfully pressured to delete a tweet congratulating Amy Coney Barrett’s confirmation to the Supreme Court. It was shocking they even posted the tweet to begin with because the national Girl Scouts organization not only supports abortion but collaborates with local Planned Parenthood chapters to provide sex education to young girls.

“We partner with many organizations. We have relationships with our church communities, with YWCAs, and with Planned Parenthood organizations across the country, to bring information-based sex education programs to girls,” former GSUSA CEO Kathy Cloninger explained more than ten years ago.

Now both organizations are suffering from huge membership losses. It’s sad, but frankly, they deserve to fail at this point. The left keeps taking good things and destroying them with wokeness.

This isn’t the kids’ fault, but they’re the ones who ultimately suffer from the radical left’s mission to destroy everything that is wholesome and good in this world. The good news is that alternatives to the Boy Scouts and Girl Scouts exist, and we should support those that haven’t become groomer organizations to brainwash children into little left-wingers.

I understand that we may have some readers who have strong connections to the Scouts and may have kids or grandkids involved in the organizations, but let’s face it, they went woke, and now they’re going broke, and good riddance.