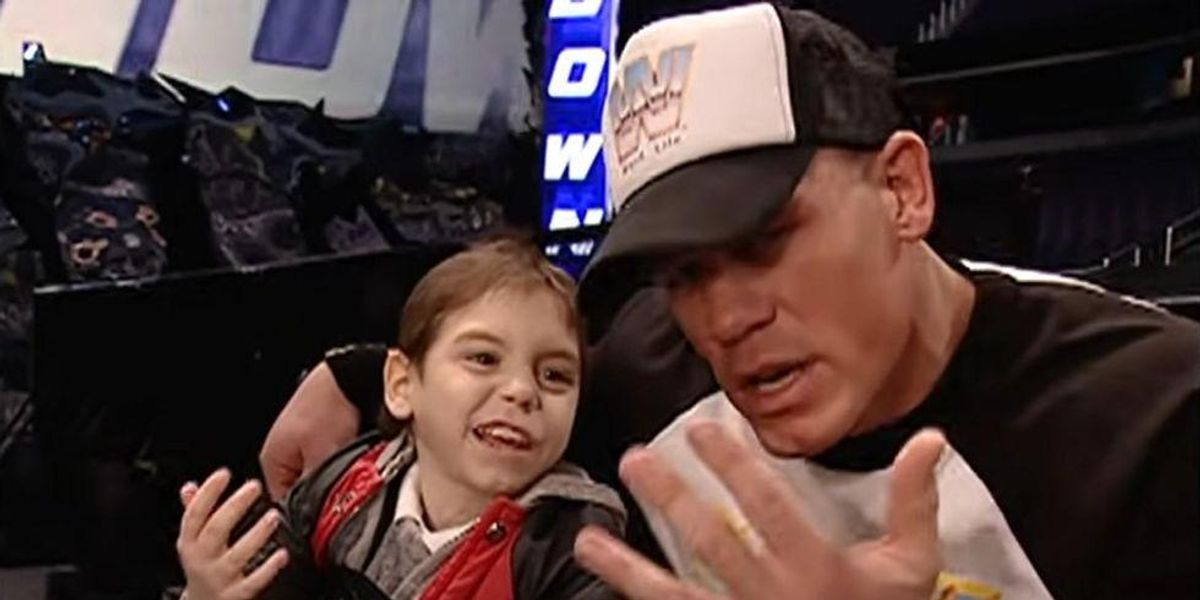 The children and families who reach out to the Make-A-Wish Foundation should know they have a friend in John Cena.

The professional wrestler turned Hollywood A-lister recently granted his 650th MAWF wish, Guinness World Records confirmed back in July, which is more than three times as many wishes as any other individual. He is also the only person with more than 200.

Make-A-Wish, a nonprofit organization which connects children ages 2 to 18 suffering from a critical illness with the celebrity, event experience, or gift opportunity of their choice. The original inspiration for Make-A-Wish, Chris Greicius, got to be a police officer for a day in Phoenix back in 1980. Sadly, Chris, who was just 7 years old, died of leukemia shortly thereafter, wearing his police uniform and badge, but his family could always treasure the memory of his special day in the sun. Make-A-Wish has been working hard to grant similar requests ever since.

And Cena, who first became involved with the organization in 2002, could not be more enthusiastic about its mission.

“If you ever need me for this ever,” Cena pledged to the organization back in 2015, “I don’t care what I’m doing. I will drop what I’m doing and be involved because I think that’s the coolest thing.”

And the MAWF kids must think Cena is pretty cool as well. MAWF claims that Cena is the most requested celebrity, and his popularity means that he has been involved in some of the organization’s milestones as well. For example, he granted its 1,000th wish back in 2012.

So Cena, 45, has made himself one of the faces of the organization. But before that, he made quite a name for himself in the professional wrestling world. He has won 13 World Wrestling Entertainment championships since 1999 and has since transitioned that fame into a career in acting. He has starred in several feature films, including “The Marine,” “Daddy’s Home,” and “Trainwreck.” Though Cena was heavily criticized in 2021 after he issued a video in which he apologized in Chinese for referring to Taiwan as a country, he has otherwise been well-received in the industry.

“If I can offer a fantastic experience,” Cena once said, “I’ll be first in line to do my part.”

It’s unclear when he is next scheduled to help grant a child’s wish.

Cardiologist Dr. Thomas Binder forced into Swiss psychiatric hospital for publicly warning against covid lockdowns
Like the Measles? CNBC’s Jim Cramer Offers Full Flip-Flop on COVID Dangers
Ron DeSantis has a new book coming out in early 2023
New York City Will Hospitalize More Mentally Ill People Even If They Aren’t a Threat
Creepy child fetish ad creator keeps his job at Balenciaga: ‘I need to learn from this’