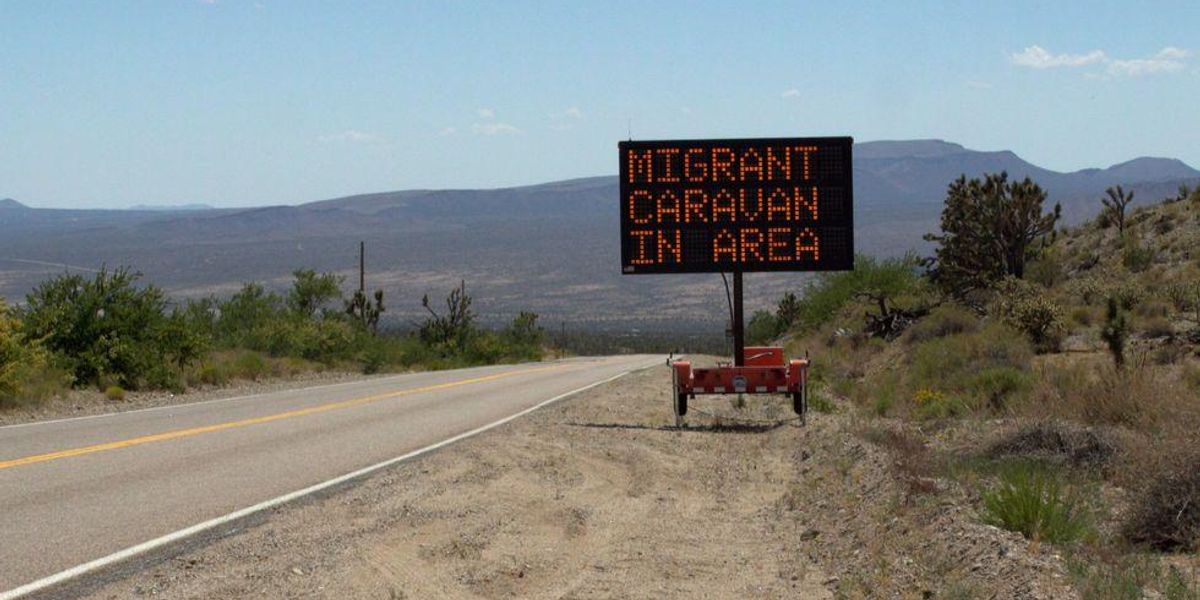 A Mexican citizen with a felony record allegedly attempted to steal a weapon belonging to a National Guardsman so that he could escape arrest, law enforcement officials say.

According to a report from Fox News, Ricardo Jaime-Ruiz, 45, had recently crossed the U.S. southern border with a large group of migrants. On Monday at approximately 4 a.m. local time, Border Patrol agents discovered the group near Bentsen Palm Community Park in Mission, Texas, close to the Rio Grande.

As law enforcement agents were processing the other migrants, Jaime-Ruiz attempted to flee, a statement from the Texas Department of Public Safety claimed. One member of the Texas National Guard who was there with other soldiers to assist Border Patrol as part of “Operation Lone Star” then supposedly spotted Jaime-Ruiz and repeatedly asked him to stop, but DPS said that Jaime-Ruiz did not heed those commands.

At that point, the situation escalated considerably. The DPS statement alleges that Jaime-Ruiz “then grabbed the soldier’s M-4 rifle with both hands in an attempt to seize the weapon for himself.” Fortunately, the soldier, whose name has not been released, “was able to maintain possession of his weapon.”

Jaime-Ruiz was then arrested “with assistance from other National Guard soldiers” and charged with attempting to seize a weapon from a public servant, DPS said. He is currently being held in Hidalgo County Jail on $30,000 bond. Jail Records say that Jaime-Ruiz is 5’6″ and approximately 140 lbs.

DPS also stated that Jaime-Ruiz is a convicted felon who had previously been deported. However, the details regarding his conviction remain unclear. It is unknown the exact nature of his crime, whether he committed the crime in Mexico or the U.S., or whether the crime is in anyway connected to his previous deportation.

The DPS Texas Rangers are still conducting a full investigation of the matter.

Governor Greg Abbott (R) initiated Operation Lone Star in March 2021 to address the massive number of illegal immigrants who have attempted to cross the border, especially since the inauguration of President Joe Biden. According to statistics released by the state of Texas, Operation Lone Star has led to the apprehension of nearly 305,000 illegal immigrants and to nearly 20,000 criminal arrests, more than 17,000 of which have been connected to felony charges.