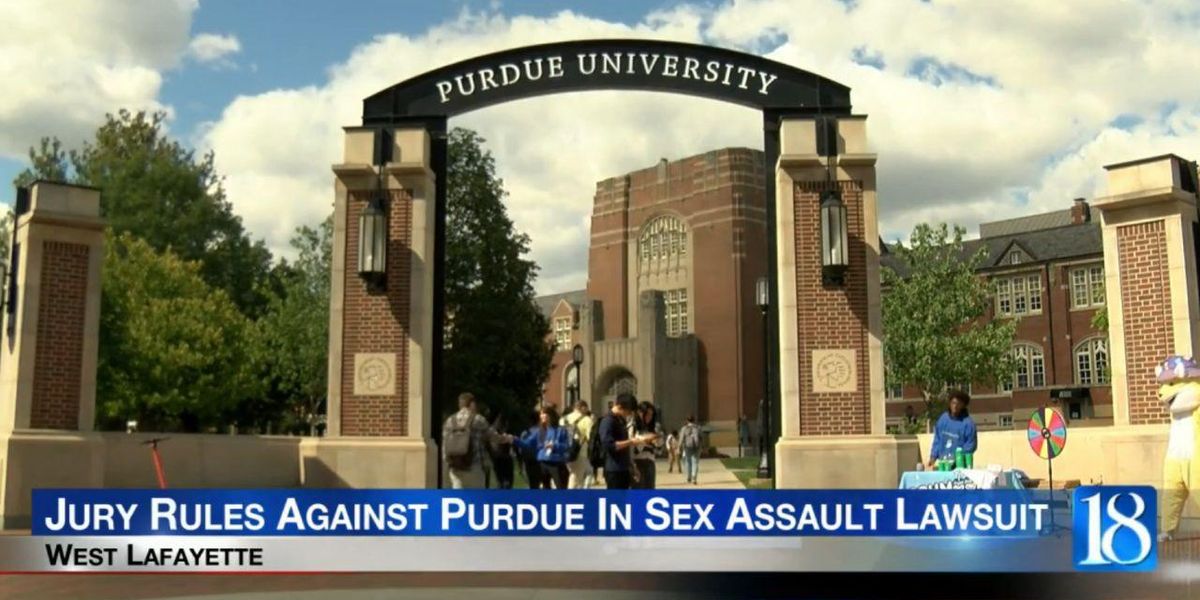 On Friday, a jury determined that Purdue University discriminated and retaliated against a female student after she filed a sexual assault complaint. According to WLFI-TV, student activists are now demanding that the two administrators named in the student’s case step down.

Jurors in a federal lawsuit against the university found that Nancy Roe, a female student, made a good-faith sexual assault complaint in 2017.

Roe reported to the university that a male student sexually assaulted her when he audio-recorded their sexual encounter without her consent.

In response to the complaint, Roe’s lawsuit stated that Purdue suspended her for filing “the assault maliciously” and only required the male student to write a 10-page paper.

The case against the school named dean of students Katie Sermersheim and vice president of ethics and compliance Alysa Rollock. The jury found that the administrators failed to provide Roe with adequate notice and did not fully hear her claims during their investigation of the reported incident.

Purdue was ordered to pay Roe $10,000 in compensatory damages.

Members of the university’s activist group #MeTooPurdue spoke out against the two administrators and demanded they resign. The campus activists have organized several rallies protesting sexual assault at campus fraternity houses.

Purdue University activist Liam Hostetler said, “When you see the immediate disregard of evidence and a lack of compassion toward survivors on campus … it just really shows they do not care much for the survivors.”

Hostetler stated that the university set a “horrible precedent” that causes students to be afraid to report complaints of sexual assault.

“While we appreciate the opportunity to defend this case, we could not disagree more that Purdue or either of its administrators deserves any finding of fault based on the evidence presented,” Purdue University said in a statement to WLFI-TV. “It’s noteworthy that, while the jury did not decide in favor of Dr. Katie Sermersheim or Ms. Alysa Rollock, it also concluded the plaintiff did not deserve any compensation for those findings. Purdue maintains an unwavering commitment to Title IX and is confident in its policies and procedures for investigating and adjudicating these difficult cases.”

The university concluded that it “stands fully in support of Dr. Sermersheim and Ms. Rollock for their professionalism, diligence, integrity, and commitment to fairness in this and all such matters.”

French study looks at potential for fully covid jabbed to “shed” byproducts onto others
Florida pulls $2 billion in state investments from BlackRock over concerns regarding ‘social engineering’ and ESG initiatives
JetBlue hires violent felon to fly planes while discriminating against unvaccinated pilots
Ten Vicious & Violent Political Feuds from American History
Felon with 8 prior convictions allegedly stabs man to death while out on bond for another charge: ‘These judges need to be held accountable’