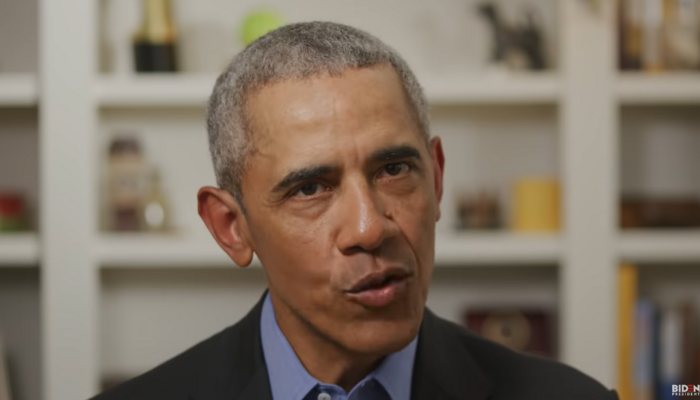 In the wake of the controversy over the unprecedented federal raid on Donald Trump’s vacation home in search of possibly classified documents, conservative outlets have wondered why intrepid liberal reporters never cared before about what documents departing presidents had taken with them. Matt Margolis of PJ Media revealed a 2018 letter from the National Archives and Records Administration (NARA) underlining Obama had possibly poorly secured classified documents.

The letter said in part:

The Obama Foundation agrees to transfer up to three million three hundred thousand dollars ($3,300,000) to the National Archives Trust Fund (NATF) to support the move of classified and unclassified Obama Presidential records and artifacts from Hoffman Estates to NARA-controlled facilities that conform to the agency’s archival storage standards for such records and artifacts…

On Tuesday, that “fact checking” website Snopes.com pounced, asking “Did Obama Foundation Store Classified Documents at Empty Furniture Warehouse?” That would seem clear from the passage above. That would be “True.” But Nur Ibrahim of Snopes.com insisted this was “False”! Team Snopes harped on the idea that Team Obama “had neither possession nor control” of the archival documents, and that Trump had both possession and control.

Margolis pointed out: “Seeing as Mar-a-Lago is Trump’s Florida home, it is protected by Secret Service, making it far more secure than whatever setup they likely had at the former furniture store space. There is no mention of what kind of security measures are in place to protect the Obama documents — if there are any at all.”

Ibraham cited a Chicago Tribune article from 2016: “contrary to the claims by PJ Media, it is secured and not open to the public. The Tribune reported that Obama’s documents would remain there until the opening of the Obama Presidential Center, and only then would some documents be available for public viewing.” I can’t find anything in this article that explains how the documents are “secured,” only that they’re not open to the public.

But as Snopes added, other presidential materials sat in undistinguished storage spaces (and there were no FBI raids).

The article also noted that documents of previous presidents were also kept in temporary storage facilities. George H.W. Bush’s papers were kept in a “strip mall space previously occupied by a bowling alley and a Chinese restaurant,” for example, while Bill Clinton’s were in a former Oldsmobile dealership near his future library in Arkansas.

There is no legitimate reason why Snopes would throw a “False” flag at PJ Media for this story.