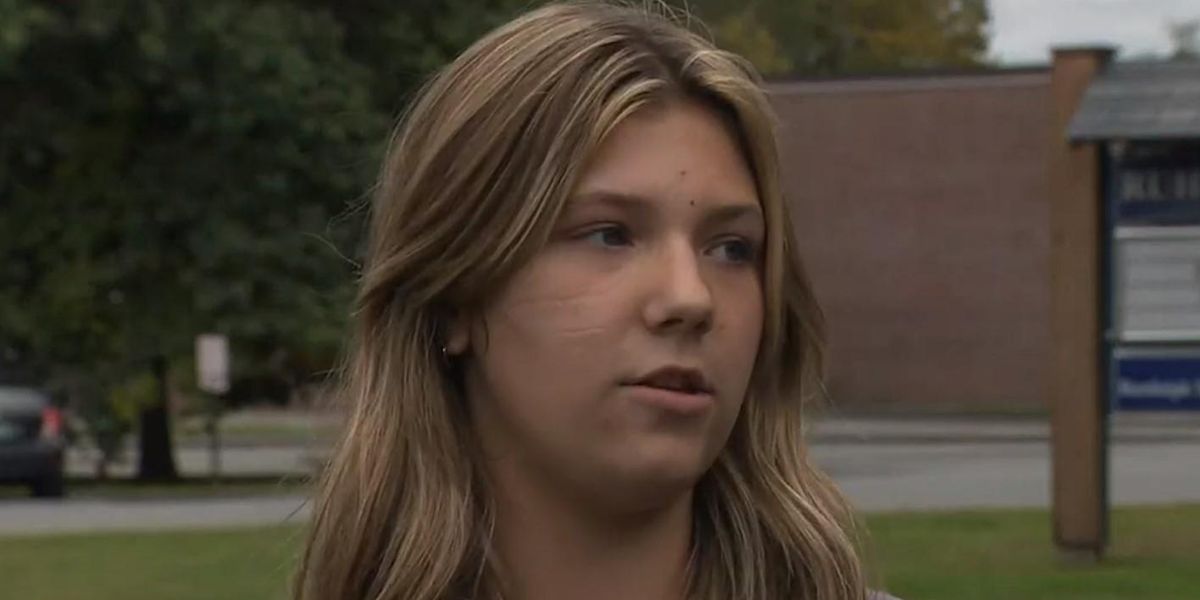 Several brave members of a girls’ high school volleyball team in Vermont have taken a stand against a trans teammate sharing their locker room. And now, they may be under investigation by the school for possible harassment.

According to WCAX-TV, several girls on the Randolph Union High School girls’ volleyball team raised concerns about a trans teammate using the girls’ locker room. They allege that the trans teammate made an inappropriate comment in the locker room while they were changing, and now they feel uncomfortable.

And at least one of those girls has spoken out publicly in the hopes of effecting “change.”

“My mom wants me to do this interview to try to make a change,” said team member Blake Allen, who spoke on camera wearing her team uniform.

Allen told a local reporter that she and her fellow female teammates did not object to having a trans teammate, but that they did want to have a space where they can change with only other biological females.

Some of girls and their parents then contacted the school about their concerns, but were met with resistance. The school defended the status quo, explaining that state law permits a trans student to use the bathroom and locker room that corresponds with their perceived gender identity.

In an email sent to families, school officials also claimed that the girls’ locker room offers “plenty of space where students who feel uncomfortable with the laws may change in privacy.” However, Allen countered that the “plenty of space” is actually a “single stall bathroom” and that forcing all the girls to use one stall rather than the main girls’ locker room itself would be an impractical waste of time.

WCAX reports that Randolph has since banned the entire team from using the locker room while it conducts an investigation into claims that the girls on the team harassed their trans teammate. Allen alleged that volleyball team members are not even allowed to use the locker room during gym class.

And she believes that the negative image that has been cast on her just for raising concerns is unfair.

“I feel like for stating my opinion — that I don’t want a biological man changing with me — that I should not have harassment charges or bullying charges. They should all be dropped,” Allen asserted.

School co-principal Lisa Floyd reportedly said in an email that student safety remains the school’s highest priority and that any violation of school policies will be met with disciplinary action. The school also added that its decision to close the locker room should not be seen as taking sides in the dispute, but rather an as attempt to find a solution that suits the needs of all involved.

The city of Randolph is located near central Vermont, approximately 30 minutes south of the state capital of Montpelier.