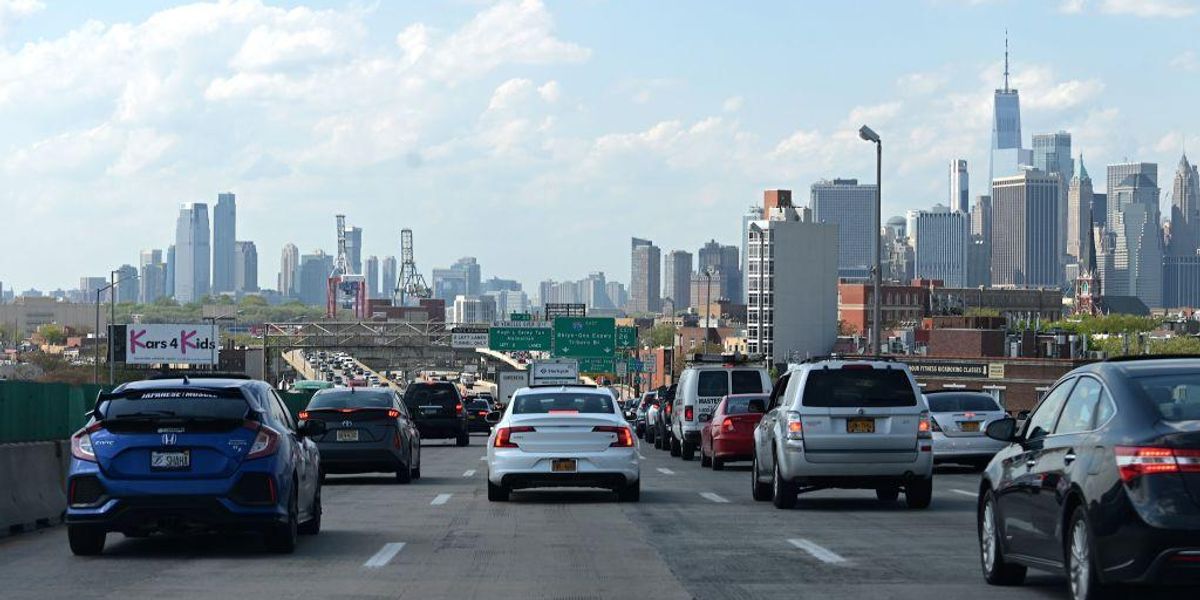 New York plans to prohibit the sale of all new gas-powered cars and trucks by 2035. New York Gov. Kathy Hochul is following California’s lead to convert all new car sales to electric vehicles.

On Thursday, Holchul announced that she will aggressively push the state to require every new car to be an EV by 2035.

Holchul will direct the State Department of Environmental Conservation to “take major regulatory action that will require all new passenger cars, pickup trucks, and SUVs sold in New York State to be zero emissions by 2035.”

“New York is a national climate leader and an economic powerhouse, and we’re using our strength to help spur innovation and implementation of zero-emission vehicles on a grand scale,” Holchul said. “With sustained state and federal investments, our actions are incentivizing New Yorkers, local governments, and businesses to make the transition to electric vehicles. We’re driving New York’s transition to clean transportation forward, and today’s announcement will benefit our climate and the health of our communities for generations to come.”

New York officials believe the switch to electric cars will help the state “achieve its climate requirement of reducing greenhouse gases 85% by 2050.”

Holchul’s statement stressed that reducing air pollution is critical because it effects are widespread, “particularly in disadvantaged communities.”

“In addition, reducing emissions will provide significant air quality benefits to many of New York’s disadvantaged communities, predominantly home to low-income black, Indigenous, and People of Color, and often adjacent to transit routes with heavy vehicle traffic,” the statement claimed. “The regulation will help address disproportionate risks and health and pollution burdens affecting these communities.”

Last September, Holchul announced that she had set a “goal” of pushing away new gas-powered cars in favor of EVs by 2035.

The statement noted that California’s Advanced Clean Cars II regulation enabled New York to proceed with its own ban on gas-powered vehicles.

At the time, Newsom cited climate change as the main reason to make the transition.

“This is the most impactful step our state can take to fight climate change,” Newsom stated. “For too many decades, we have allowed cars to pollute the air that our children and families breathe. Californians shouldn’t have to worry if our cars are giving our kids asthma. Our cars shouldn’t make wildfires worse – and create more days filled with smoky air. Cars shouldn’t melt glaciers or raise sea levels threatening our cherished beaches and coastlines.”

However, Californians were told not to charge electric vehicles during a heat wave in August.

Experts are also warning that California’s power grid “does not currently have the capability to add millions of battery electric or even fuel-cell electric vehicles today.”

Only about 16% of new car sales in California were electric in 2022.

In August, the average cost of a new electric vehicle was more than $66,000.

President Joe Biden has called for 50% of all new car sales to be electric or hybrid by 2030.

You can watch New York Gov. Kathy Holchul’s full video announcement of the transformation to electric vehicles below.

Is Trump Having a Kanye-like Meltdown?
Woman ‘sex slave’ found beaten, locked in a dog cage in home covered in human and animal feces: Report
FTX laundered money to Ukraine for biological weapons shelter funding
Drop the covid “vaccine” mandate or no more defense funding, say GOP members of Congress to military
DeSantis Continues to Look Like the Safer Bet in 2024