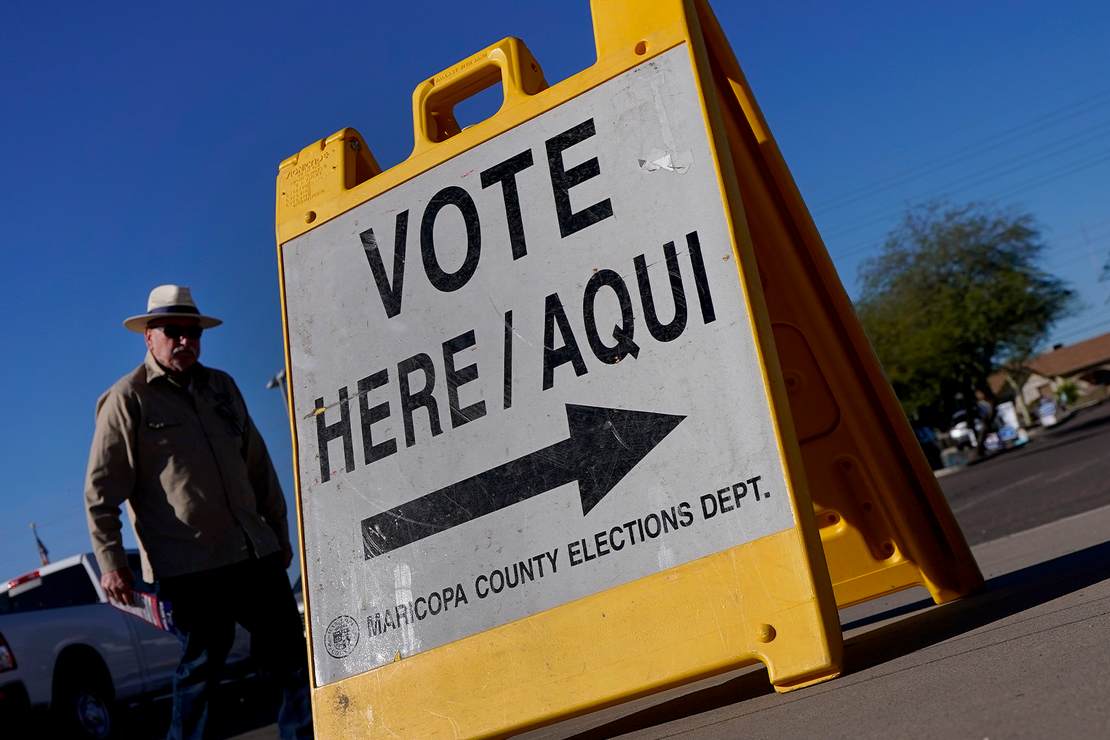 Weeks after the midterm elections, Arizona seems to have created more controversy than it did the first week after Election Day. While much of our attention has been focused on Maricopa County, there’s plenty of drama to go around.

Maricopa, as you know, has been the subject of a lot of contention, due to how poorly the election there was run. Thousands of people were unable to cast their ballots because of technical difficulties, and this was especially true in districts where Republicans were expected to vote in large numbers. Despite those problems, election officials insist the election “was run extremely well.” Kari Lake’s team and the local GOP aren’t buying it, though, and Lake is suing the county. While court challenges are still being sorted out, the election there was certified Monday night.

“I vote ‘Aye’ under duress. I found out today that I have no choice but to vote ‘Aye’ or I will be arrested and charged with a felony,” Ron Gould of the Mohave County Board of Supervisors said while casting his vote. “I don’t think that that is what the founders had in mind when they used the democratic process to elect our leaders.”

Mohave County has 250,000 people compared to Maricopa’s nearly 4.5 million and had no problems with its voting machines. Nobody questions Mohave’s local race results, either.

Hildy Angius, another board member, was similarly threatened and reported that she was more upset over the issues in Maricopa County, which she described as “the laughingstock of the country and the world.”

“I found out today that I have no choice but to vote “Aye” or I will be arrested and charged with a felony.”

Ron Gould of the Mohave County Board of Supervisors was told he would be arrested if he did not certify the election.

Mohave was certified under duress. pic.twitter.com/Urt0aWIiyM

Cochise County, which is even smaller than Mohave County, did not certify its vote by the mandated deadline. The Cochise County Board of Supervisors, like its counterparts in Mohave County, wanted to wait until the results in Maricopa had been sorted out before certifying its own results, which it does not question. The refusal to certify the results prompted Arizona Secretary of State Katie Hobbs, the declared victor of the gubernatorial race, to sue the county.

Hobbs maintains a slim lead in the vote tally at the moment and has been declared the winner, despite Lake having led in the polls for over a month leading up to the election. Lake argues that widespread voter suppression occurred due to the issues.

It is still very unlikely that anyone can prove enough malfeasance to merit a new election being conducted, but Kari Lake’s efforts are far more important than changing the results of an election. The bigger issue here is how to fix the clearly broken election system in the state of Arizona and restore competency and trust in the results.

Both sides need to be able to trust the election results, and it is accurate to say that Maricopa is a laughing stock. If Florida can conduct a smooth election weeks after a hurricane and count millions more votes in one night, Arizona should be able to run a smooth election for once.