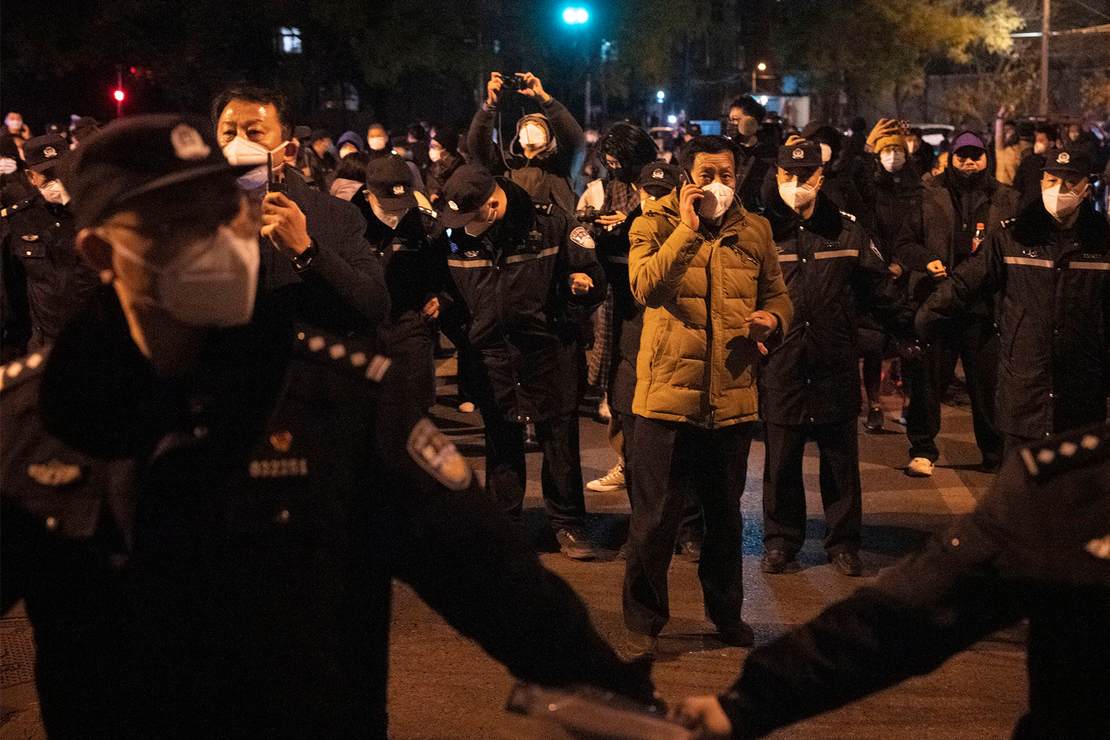 The Communist Chinese government has slightly eased COVID-19 restrictions in some major cities, including Guangzhou in the south, Shijiazhuang in the north, and Chengdu in the southwest. Other major cities said they were easing testing requirements and controls on movement. Beijing is allowing some people to isolate at home instead of being housed in the huge isolation centers that China continues to construct.

But many of the rules that brought people into the streets in the first place remain in force. And while the streets are temporarily quiet due to a massive police presence, most observers believe the protests could erupt at any time.

But some observers are asking what happened to the vaunted Chinese censorship apparatus since so many videos appeared on WeChat and Douyin, known in the West as TikTok.

The Chinese censorship machine is multi-layered with much of it being automated. Objectionable keywords automatically delete content that’s objectionable to the Chinese Communists, while armies of human censors scour the internet for the rest.

But during protests like we’ve just witnessed, the protesters have figured out that the best way to beat the system is to overwhelm it.

“It takes censors some time to study what is happening and to add that to their portfolio in terms of censorship, so it’s a learning process for the government on how to conduct censorship effectively,” Rongbin Han, an associate professor at the University of Georgia’s International Affairs department, told the Associated Press.

Internet users in China have gotten used to the heavy scrutiny and have developed some imaginative methods for getting around it.

Others posted sarcastic messages like “Good good good sure sure sure right right right yes yes yes,” or used Chinese homonyms to evoke calls for President Xi Jinping to resign, such as “shrimp moss,” which sounds like the words for “step down,” and “banana peel,” which has the same initials as Xi’s name.

Han points out that censorship doesn’t have to be perfect to be effective.

“Censorship might be functioning to prevent a big enough size of the population from accessing the critical information to be mobilized,” he said.

Indeed, the AP reports that one young woman was completely unaware of the protests over the weekend until she checked her Instagram account, available only by her use of a VPN.

The government went so far as to censor instructions on how to sign up for a VPN.

The directives were issued following an internal meeting at the internet regulator, where officials were also told to ask Chinese search engines, e-commerce companies and internet content platforms to conduct a fresh sweep to remove sales postings and information about how to use virtual private networks, also known as VPNs, according to people familiar with the matter. The regulator also asked officials to get companies to prevent searches related to VPNs, which were used by protesters and their supporters to circulate videos of the recent demonstrations, the people said.

Even with the severe crackdown on VPNs, Chinese citizens have found a way around the restrictions by using search terms like “scientific internet surfing”— a phrase that is commonly used in China to refer to surfing blocked websites.

Another trick the Chinese protesters use to get the word out is to piggyback their videos on well-trafficked Twitter accounts.

Some Chinese people have used VPNs to access sites like Twitter and broadcast information about the recent protests. They will often send material via the platform’s messaging system to a handful of widely followed Twitter users. One Twitter account calling itself Li Laoshi, or Teacher Li, with more than 750,000 followers, has been posting dozens of videos of unrest in China since the weekend.

The thirst for information about the protests in China is stronger than any internet censorship regime. For that reason, I would never bet against the dissidents in their effort to keep their people and the rest of us informed about what’s happening behind the censors’ curtain in China.

NEW NewsBusters Podcast: Tweaking Pro-Abortion Killjoys at the March for Life
CNN anchor wastes no time grilling Schiff over claims that got him booted from committee: ‘That turned out not to be true’
House Dems Push For Taxpayer Funded Abortions
Rhode Island assistant principal asks for donations to help student pay off ‘coyote’ who smuggled him into the US
Body cam videos of Memphis police officers beating Tyre Nichols released, officials brace for possible rioting