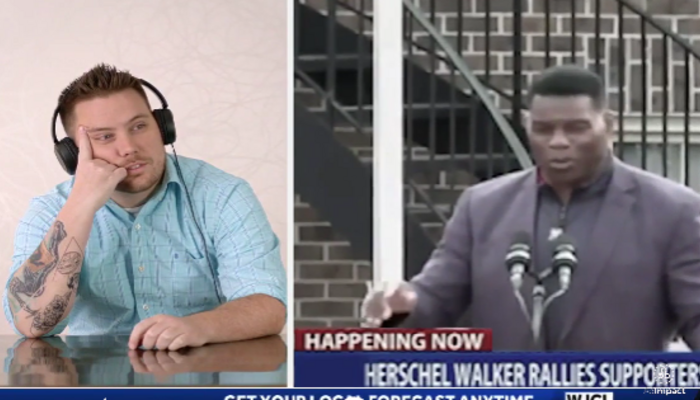 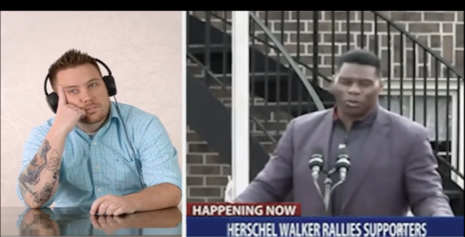 In Tuesday’s New York Times, political reporter Reid Epstein packed a lot of open mockery into a short news account about a campaign ad from Rev. Raphael Warnock, the current U.S. senator from Georgia, who is in an electoral runoff with Republican candidate and former football star Herschel Walker: “‘Is He for Real?’: Warnock Hits Walker in New Ad, but Lets Others Do the Talking.”

The 60-second ad from Mr. Warnock, the Georgia Democrat, splices together footage of his Republican opponent, Herschel Walker, speaking about vampire movies, pregnant cows and how “our good air decided to float over to China’s bad air.”

Their perplexed reactions tell the story Democrats have been trying to get across about Mr. Walker for months….

So much for the Times’ former tut-tutting about negative campaigning.

Perhaps even more than words, the facial expressions convey what the Warnock campaign wants Georgians to think about Mr. Walker representing them in the Senate. They sigh, close their eyes, shake their heads and stare with their mouths open. What goes unsaid in the ad is the prospect that if Mr. Walker is elected, Georgians could be in for six years of unfortunate viral moments from their senator.

The enterprising Epstein managed to hit another Republican Senate candidate while snarking about Walker:

Of course, there is no shortage of United States senators who have done or said things their constituents regret. It’s not necessarily even bad politics. In Wisconsin, Democrats chose not to focus on a long roster of reality-defying statements from Senator Ron Johnson during his re-election campaign this year. (It didn’t work. Mr. Johnson, a Republican, won.)

Epstein reveled in the Warnock campaign’s tactics, with the Democrats betting that Georgia voters “will decide they don’t wish to send a meme factory to Washington. Whether that overrides inherent partisan desires remains to be seen.”

Speaking of indulging partisan desires, the Times has barely broached allegations about Warnock’s failure to provide child support payments to his ex-wife, which would seemingly invite journalistic charges of religious hypocrisy against a man of the cloth like Rev. Warnock.