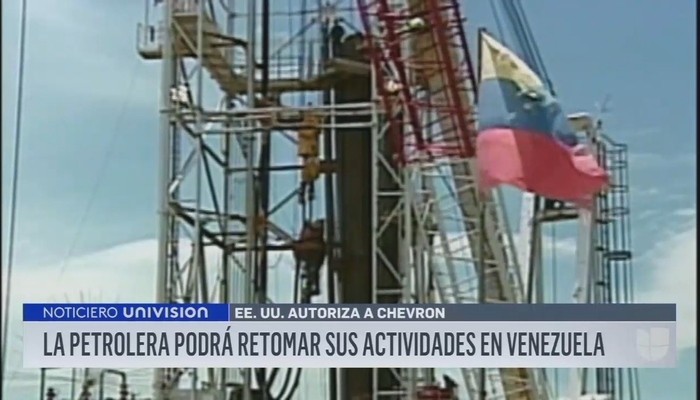 Latino corporate media once again validated their roles as propagandists and buffers of damaging news for the Biden regime, with Univision and Telemundo granting the awful U.S-Maduro deal to pump Venezuelan oil, a scant 1:15 minutes of combined airtime since the agreement was announced on November 26th.

As expected, reports of the Biden administration getting chummy with socialist dictator Nicolas Maduro were entirely ambiguous. Take a look at this clip from Univision’s Al Punto with Jorge Ramos, which aired on Sunday, November 27, 2022.

GUILLERMO GONZÁLEZ, REPORTER: The United States said it will allow Chevron to pump Venezuelan oil, in support of talks between the Venezuelan government and the opposition, wherein they have already agreed on a UN-administered fund for health, food and education programs in Venezuela.

Notice how Univision left President Biden out of its 15-second news brief while mentioning the U.S., Chevron, the Venezuelan government, “the opposition”, and the U.N. Also take note of the absence of any reference to the suffering of millions of Venezuelans at the hands of Maduro, something the network spends massive amounts of time on when it comes to campaigning in favor of the Biden Administration’s pro open borders agenda. In the end, money talked and Joe Biden walked.

The disconnect between the Latino media and the audiences they claim to serve continues to grow, as does the manipulation of news to conform to the DNC’s talking points.

Help the MRC call out advertisers that allow the reigning bias at Latino networks such as the one mentioned above. You can reach out to Target and Walmart by clicking on their links.