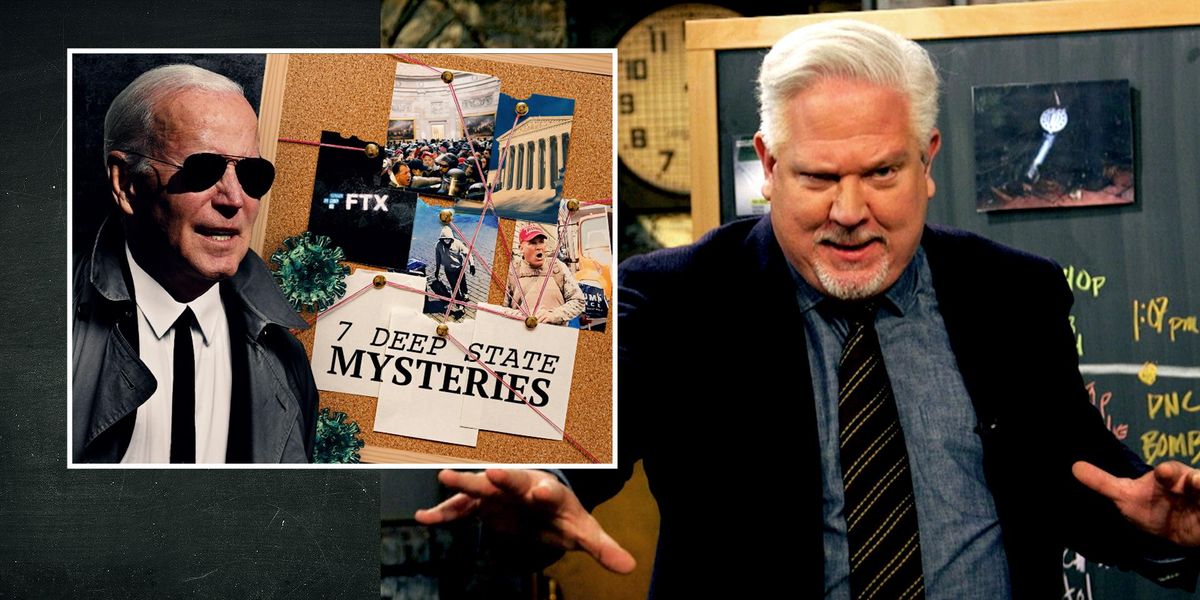 The Biden administration has weaponized the federal government against the American people. But officials have hidden most of their attacks behind a secretive and cavernous bureaucracy.

There are so many unsolved mysteries that Joe Biden and the Democrats not only refuse to answer, but in some cases appear as though they are ACTIVELY trying to cover up. Like what happened on January 6? Who is Ray Epps? Who planted the pipe bombs? What’s in Biden’s executive order on elections? What happened to the SCOTUS Dobbs leaker? What’s the COVID origin story? What’s happening with crypto, FTX, and the Central Bank Digital Currency?

These are just a few of the unsolved mysteries that we need to DEMAND answers on. On his Wednesday night special, Glenn Beck outlines a chalkboard that will leave you convinced the DOJ and FBI are LYING to the American people. The more secrets the Deep State holds, the more its power over us grows.

Antidepressants linked to rise in superbugs, study finds
‘You want this smoke?’ Middle school teacher arrested after allegedly showing gun to security guard after being denied entry into gated community
‘A part of his choices’: John McEnroe gets cut off by commentator while defending Novak Djokovic’s unvaccinated history
Biden judicial nominee stuns with inability to answer basic questions about the Constitution: ‘Not coming to mind’
J.K. Rowling triggers backlash and hatred with one tweet about transgender misogyny