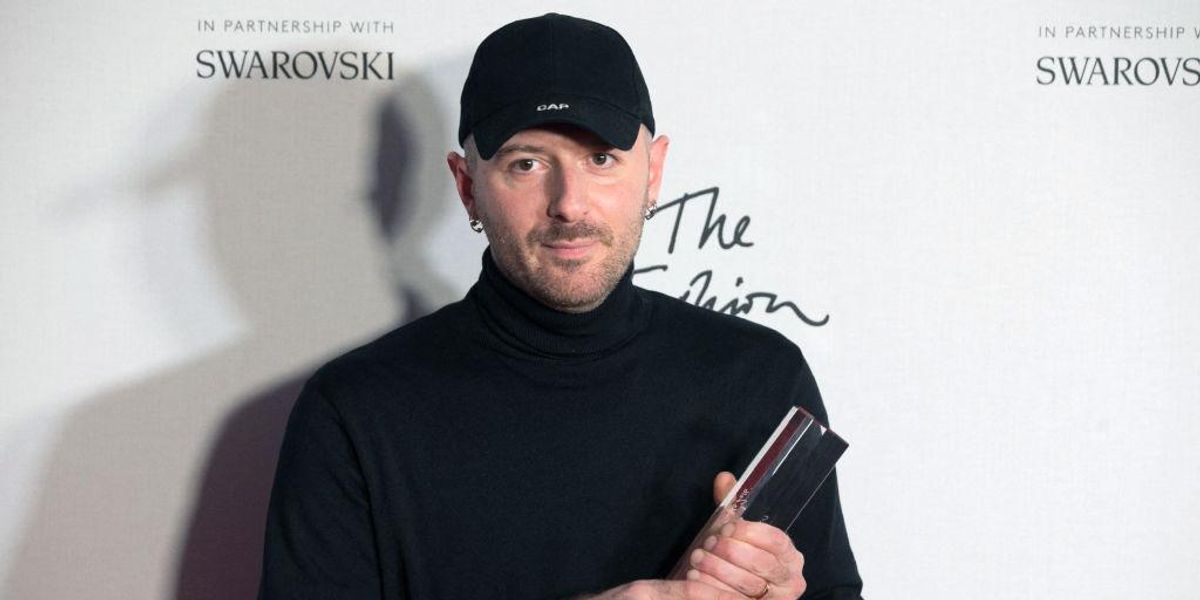 About two weeks ago, the global fashion house Balenciaga faced tremendous backlash after it shared ads featuring little girls wearing bondage-themed attire and holding teddy bears outfitted with other fetish items, including a padlock chain, a mesh shirt, and spiked bracelets. One of the ads also poses the young girl behind a table littered with empty champagne, beer, and wine glasses.

On Monday, Balenciaga issued a statement about the ads.

“We strongly condemn child abuse; it was never our intent to include it in our narrative,” the statement posted to Instagram read in part. “The two separate ad campaigns in question reflect a series of grievous errors for which Balenciaga takes responsibility.”

Balenciaga, which is owned by Kering, also filed a $25 million lawsuit against the producers of one of the ads.

Now, the designer behind the ads has confirmed that he will retain his position as creative director at Balenciaga.

The 41-year-old man now known only as Demna after he dropped his last name, Gvasalia, issued a statement on Friday, calling the ad campaign a “wrong artistic choice.”

“I want to personally apologize for the wrong artistic choice of concept for the gifting campaign with the kids and I take my responsibility,” an Instagram post from Demna said in part. “It was inappropriate to have kids promote objects that had nothing to do with them.”

However, Demna then seems to hint that his motivation behind the ads fetishizing children was to “provoke a thought.”

“As much as I would sometimes like to provoke a thought through my work,” his statement continued, “I would NEVER have an intention to do that with such an awful subject as child abuse that I condemn. Period.”

Demna, a native of Georgia, a country once under control of the Soviet Union, also stated that he believes that he can turn this incident into a learning experience.

“I need to learn from this, listen and engage with child protection organizations to know how I can contribute and help on this terrible subject,” Demna added.

He also seems to imply that he was not offended by the ads themselves, but can understand why others were.

“I apologize to anyone offended by the visuals,” said Demna, who currently lives with his so-called husband in Paris.

He also confirmed that “Balenciaga has guaranteed that adequate measures will be taken not only to avoid similar mistakes in the future but also to take accountability in protecting child welfare in every way we can.”

Another Balenciaga ad campaign for spring 2023 features a subtle reference to a U.S. Supreme Court case that upheld laws banning child pornography, as well as a book written by an author who depicts naked toddlers with mutilated genitals in some of his other “artwork.”

Kim Kardashian recently stated that she was “re-evaluating” her professional partnership with Balenciaga after seeing the child fetish ads.

“The safety of children must be held with the highest regard and any attempts to normalize child abuse of any kind should have no place in our society — period,” Kardashian said.

“As for my future with Balenciaga, I am currently re-evaluating my relationship with the brand,” she added, “basing it off their willingness to accept accountability for something that should have never happened to begin with — & the actions I am expecting to see them take to protect children.”