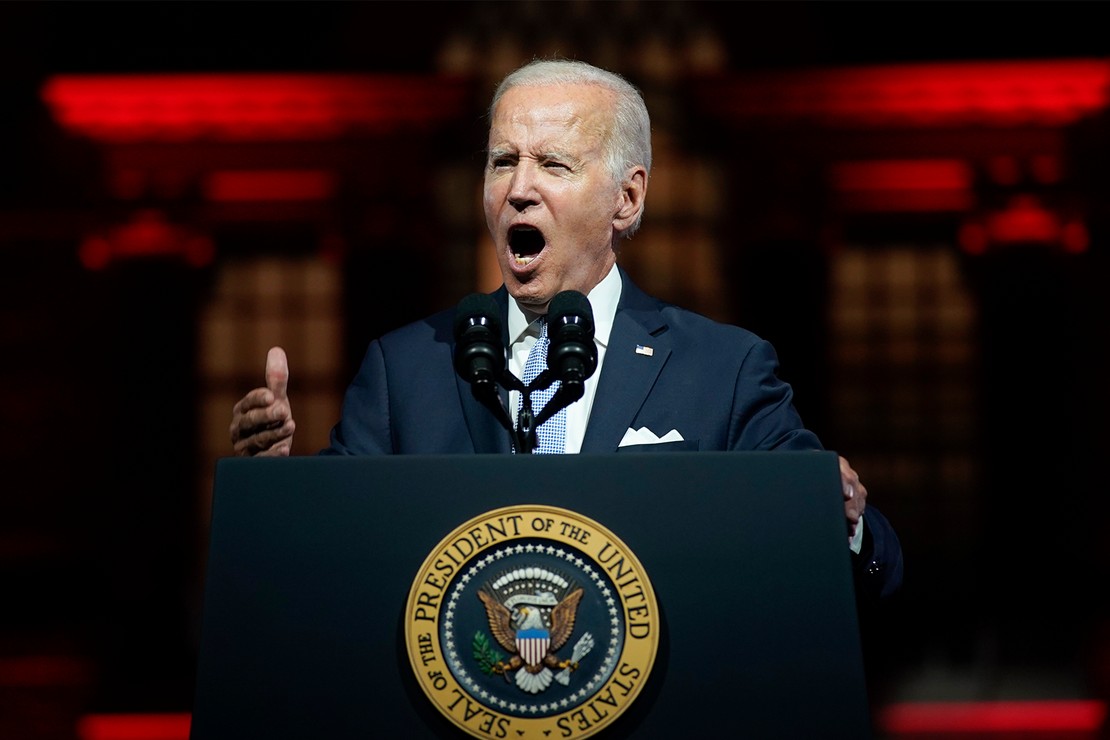 “The Holocaust happened. Hitler was a demonic figure,” Biden tweeted from his official presidential account. “And instead of giving it a platform, our political leaders should be calling out and rejecting antisemitism wherever it hides. Silence is complicity.”

Biden should know about the complicity of silence. During Barack Obama’s presidency (during which Biden was vice president) Obama’s blatant anti-Semitism was routinely ignored. In fact, Barack Obama is notorious for normalizing anti-Semitism and associating it with Democratic Party politics. Obama nominated a number of anti-Israel and anti-Semitic individuals to serve in his administration and repeatedly sided with Israel’s enemies.

Obama issued a veiled threat that Israel should make more concessions in peace talks or risk “a third Intifada” and also warned that Israel risked becoming “an apartheid state” without a two-state peace deal with Palestine. He aligned himself with the Occupy Wall Street movement despite the group’s anti-Semitic rhetoric. The Obama years exposed the anti-Semitic and anti-Israel sentiments that run deep within the party’s base. The most notable instance occurred at the 2012 Democratic National Convention when an attempt to reinstate language recognizing Jerusalem as Israel’s capital was met with a chorus of boos. Did Biden ever condemn that? Nope.

Anti-Semitism sadly continues to be tolerated by the Biden administration. Last year, Biden praised Squad member and notorious anti-Semite Rep. Rashida Tlaib (D-Mich.). Tlaib is a supporter of the anti-Semitic Boycott, Divestment, and Sanctions (BDS) movement and was a special guest of a known anti-Semite at a fundraiser earlier last year. Furthermore, various so-called “Squad” members have made anti-Semitic posts on social media and supported anti-Semitic House resolutions, with nary a peep from the Biden White House. And why would they?

Prior to joining the Biden White House, Press Secretary Karine Jean-Pierre was a senior adviser and national spokeswoman for MoveOn.org, an organization that advocated for boycotts of Israel that were widely considered anti-Semitic. Jean-Pierre also called the American Israel Public Affairs Committee (AIPAC) convention “racist” in a 2019 op-ed in Newsweek. As such, when Jean-Pierre was promoted to White House Press Secretary, pro-Israel and Jewish groups expressed concern about it, but not enough to make Biden think twice about making her the top mouthpiece of his administration.

Biden’s complicity with anti-Semitism extended to his Supreme Court nomination. He nominated Ketanji Brown Jackson to serve on the high court despite her membership in a college organization that hosted an anti-Semitic speaker her senior year.

And what about Sen. Raphael Warnock (D-Ga.)? Here’s a man who praised the racist and anti-Semitic Louis Farrakhan‘s Nation of Islam back in 2013 and has a history of anti-Semitic and anti-Israel sentiments, but when has Joe Biden called him out for it? He never has, and he never will.

It should go without saying that Joe Biden can’t even claim a moral high ground for himself when it comes to condemning or rejecting anti-Semitism. In 2014, he received criticism for referring to mortgage lenders as “shylocks,” an anti-Semitic term.

Joe Biden doesn’t care about anti-Semitism and has done nothing to hold anyone in his party (himself included) accountable for it.