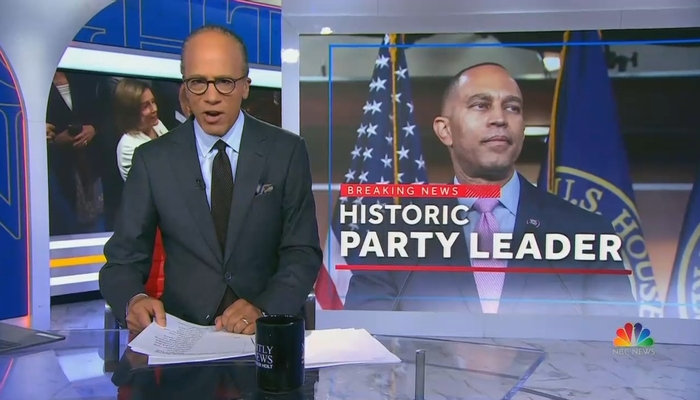 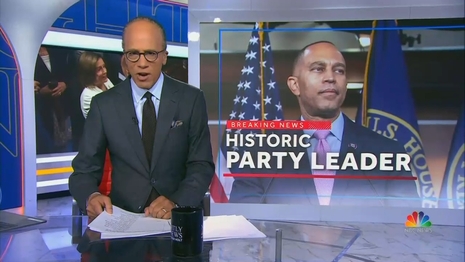 Top Republicans Are Attacking Hakeem Jeffries as an ‘Election Denier.’ Here’s Why That Label Is Misleading

The Time staff is unhappy that the Republicans are pointing out that Jeffries has a track record of trouble recognizing Republicans as legitimate:

“The newly elected incoming leader of House Democrats is a past election denier who basically said the 2016 election was quote ‘illegitimate,’” Senate Republican leader Mitch McConnell said on the Senate floor on Thursday, “and suggested that we had a quote ‘fake president.’”

This is rather difficult to challenge on the facts. The Congress certified the 2016 election — despite the Democrat challenges to it — so clearly Jeffries denied Trump’s election. But Aguilera explains that somehow, Trump’s denialism was more extreme and led to the January 6 riot, so somehow it’s “misleading” to associate the term “election denier” with Democrats:

The term “election denier” has taken on a particular meaning, however, after Trump’s failed re-election campaign. The phrase has come to be associated with Republicans who claim the 2020 election was stolen from Trump, assert without evidence there was fraud in 2020 voting, and cast doubt on secure voting systems—claims that lead to the deadly January 6, 2021 riot at the U.S. Capitol.

The actions taken by Trump and his supporters leading up to 2020 election and after were unprecedented. Trump stoked false conspiracies of voter fraud, filed more than 60 election-related lawsuits, and pressured officials to interfere with election results.

Don’t “conflate”? The plain language of Hakeem’s tweets are hard to ignore. Time quoted this one:

“The more we learn about 2016 election the more ILLEGITIMATE it becomes,” Jeffries tweeted in February 2018. “America deserves to know whether we have a FAKE President in the Oval Office #RussianInterference.”

It gets more amusing when Time turns to the “Bipartisan Policy Center” to match their partisan take:

“Casting unfounded doubt on the outcome of an election is irresponsible when either party does it,” says Rachel Orey, associate director of the Elections Project at the Bipartisan Policy Center, a nonpartisan Washington think tank. “But I think it’s important to remember that the culture around elections was quite different before 2020.”

Orey’s biography shows she uses “they,” and “they” were an intern for Sen. Kamala Harris.

It ends with Orey somehow arguing it’s putting “democracy first and politics second” when you only describe the Trumpers as “election deniers.”

“In this day and age, it’s incredibly easy for public servants to post something online, and a couple years down the road have it come come back up in public discourse,” Orey says. “But I think that as the nature of threats to democracy shift, we all need to be vigilant and make sure that we are placing democracy first and politics second.”