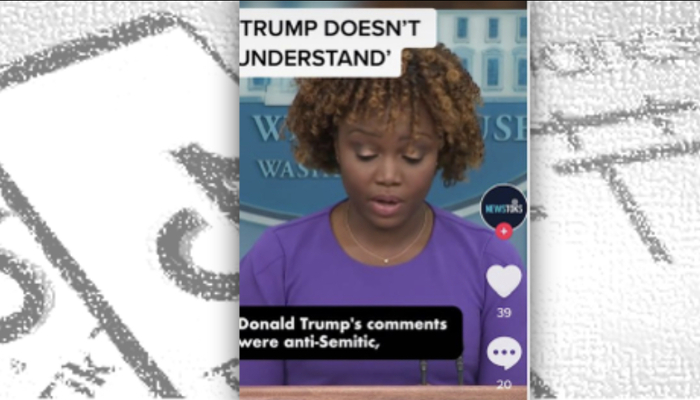 Chinese Communist Party (CCP) state media accounts criticized Republicans and defended Democrats on TikTok leading up to the 2022 midterm elections. That would seem to indicate  foreign interference in U.S. elections—and it’s been happening on social media since at least 2020.

Congress held hearings to investigate comparatively minor Russian influence on elections, but there’s another U.S. enemy that also tried to sway American voters: China. That’s according to a report released Thursday by Forbes and Hot Air. 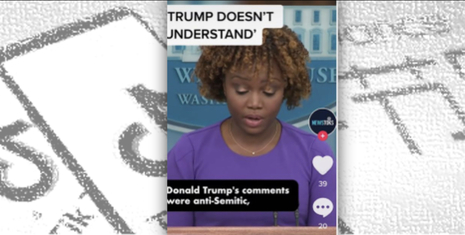 TikTok is owned by ByteDance, a company in which the Chinese Communist Party both owns a financial stake and maintains a board seat.

Forbes claimed, “‘this is the first report of a Chinese state media entity using TikTok to influence U.S. audiences’ opinions about U.S. politics.’” But it’s certainly not the first time Chinese state media has targeted Republicans over Democrats on American social media before an election.

CCP state media Global Times has endorsed violence against other countries multiple times on Twitter. But MRC Free Speech America can reveal the publication also repeatedly attacked then-President Donald Trump at least 22 different times going into the 2020 presidential election on Twitter. It tweeted a potentially negative statement about Joe Biden only once, according to MRC Free Speech America’s findings (the account did attack Biden a few times before 2022). One tweet in August said, “‘If Trump believes China is helping Biden, he can simply not provoke China and show less hostility,’ a Chinese expert said. China’s interference in 2020 election a good excuse for @realDonaldTrump’s failure as president.”

Several attack tweets mentioned TikTok, including, “Trump dislikes TikTok, and he has reason to worry that the American teenagers will use the app to make trouble for him again at a crucial moment in the election: Editor-in-Chief Hu Xijin.” Global Times also accused Trump of being racist and predicted a Trump loss if he didn’t take a more favorable China stance. Global Times continued to slam Trump after the election, too, as it criticized Trump supporters on Jan. 6

While Global Times critiqued Biden a number of times in 2022, it also admitted, “One year ago, when @JoeBiden became the new US president, many Americans, US allies and even China and Russia, hoped his administration could fix the problems left by Donald #Trump. But now, most of them found Biden’s performance disappointing.” A 2020 tweet expressed hope for a pro-China Biden administration.

WIRED also claimed that an online pro-CCP group “Dragonbridge” also tries to spread U.S.-tailored election propaganda online. Hot Air speculated that there wouldn’t be much coverage of the recent Chinese election influence, because it seems tilted in favor of Democrats.

Conservatives are under attack. Contact TikTok via email at communitymanager@tiktok.com and demand Big Tech be held to account to mirror the First Amendment and provide transparency. If you have been censored, contact us at the Media Research Center contact form, and help us hold Big Tech accountable.

A&W Restaurants parodies announcement from M&M’s, jokes about putting jeans on cartoon bear because ‘even a mascot’s lack of pants can be polarizing’
Fox News political analyst says he was kicked out of restaurant for being a conservative
DeSantis says ‘new blood’ needed at Republican National Committee
FRIDAY AT 3PM EASTERN: ‘Five O’Clock Somewhere’ with Kruiser, VodkaPundit, Special Guest Cam Edwards – Replay Available
Are We Talking Our Way Into a Debt Ceiling Catastrophe?