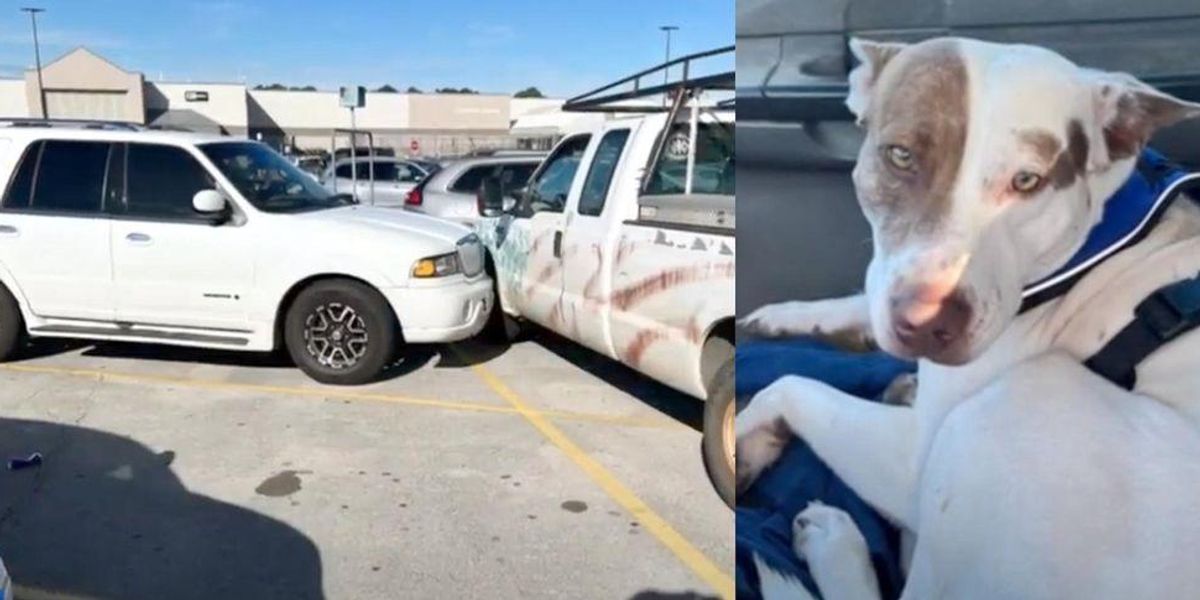 Police said that a ‘reckless driver’ who crashed a vehicle into two other cars at a Walmart was actually a dog with a “guilty look” on his face.

The incident unfolded in the parking lot of the Walmart in Kilgore, Texas, on Thursday afternoon.

The Kilgore Police Department posted on its official Facebook page about the incident.

“KPD apprehended a reckless driver today after he ran into two cars in the parking lot Walmart. Thankfully no one was injured in this crash,” police said. “One of the victims saw the suspect barelling [sic] down on him but couldn’t get out of the way.”

Police said that the dog was waiting for its owners to return from shopping when it accidentally got the vehicle rolling in the parking lot.

“He apparently got little antsy and bounced around the cab setting this truck in motion. The steering colum had some prior damage and this pooch must have placed the vehicle in drive,” the post read.

Police said that the dog had a leash and might have gotten it stuck and released the emergency brake, but they admitted that this was an unlikely theory. They published photographs of the pooch inside the vehicle through the door window and also of the car accident.

No one was injured in the crash.

The post from the police garnered more than a thousand shares on Facebook and 440 comments. Among those who commented on the story was the Kilgore Animal Control, which joked, “I did NOT issue this pups license, before anyone asks…” and added a comical emoji.

“He certainly has a guilty look on his face,” police concluded.

‘Reckless driver’ crash turns out to be dog behind wheel in Kilgorewww.youtube.com