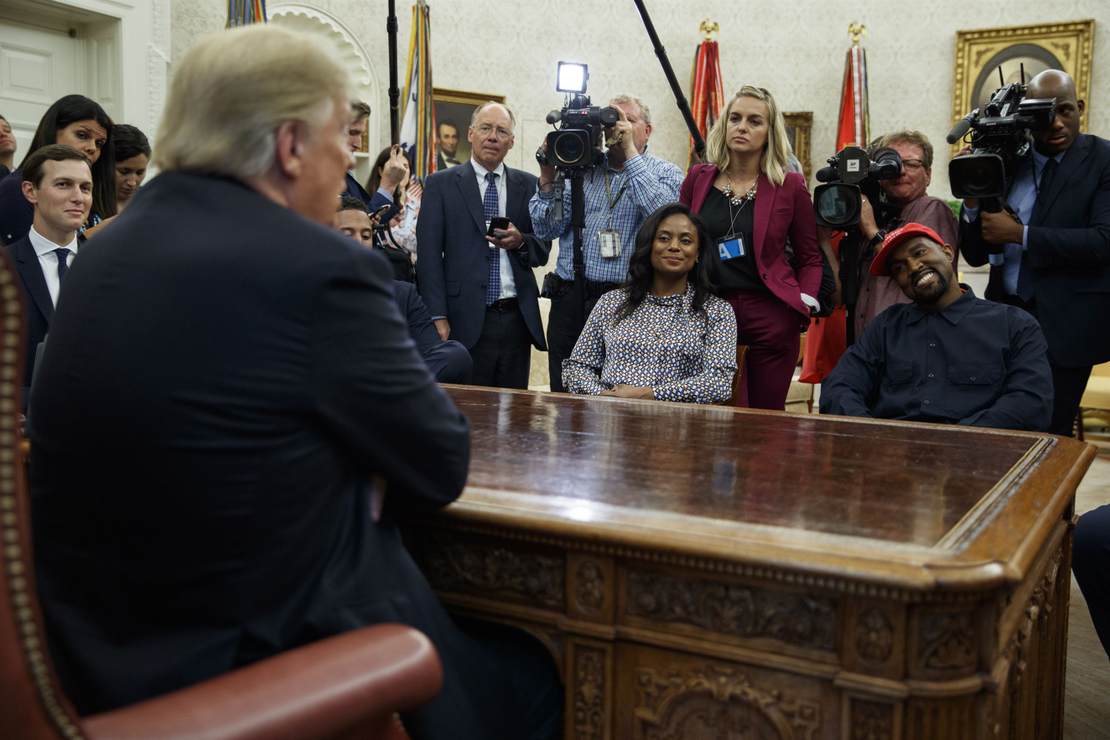 I don’t know much about Kanye West. If one of his songs came up on the radio, I would even know it was his. But, in the past few weeks, he seems to be on a mission to throw all of his success down the toilet. Strangely, it seems like Donald Trump is on a similar mission.

And no, I’m not even talking about his little dinner pow-wow with Kanye and Nick Fuentes, or his attacks on Ron DeSantis, Brian Kemp, or Glenn Youngkin. Frankly, none of that will matter in a few weeks. Did Trump even know who Fuentes was? Likely not. “Nick Fuentes” sounds like the name of a Latino boy band singer, and there are plenty more examples of Democrats rubbing shoulders with despicable people on their side. Heck, Joe Biden once praised George Wallace, for crying out loud. But I digress.

What is going on with Trump? It’s a legitimate question. I ask as someone who voted for him twice and who, up until relatively recently, wouldn’t have hesitated to vote for him a third time. I’ve had my doubts recently, and his recent reaction to the release of “the Twitter files” is once again giving me pause.

Donald Trump seems to think revelations from the release of internal Twitter communications on the censoring of the Hunter Biden laptop story are cause for ignoring the Constitution and conducting a new election.

“So, with the revelation of MASSIVE & WIDESPREAD FRAUD & DECEPTION in working closely with Big Tech Companies, the DNC, & the Democrat Party, do you throw the Presidential Election Results of 2020 OUT and declare the RIGHTFUL WINNER, or do you have a NEW ELECTION?” Trump asked on Truth Social, his social media platform. “A Massive Fraud of this type and magnitude allows for the termination of all rules, regulations, and articles, even those found in the Constitution. Our great ‘Founders’ did not want, and would not condone, False & Fraudulent Elections!”

Look, I’ve said before I think Trump got screwed in 2020. Between illegal changes to election laws in various states and election irregularities (that went uninvestigated), there’s enough reason to question the results of the 2020 election. But we’re way, way, way past the point of being able to do anything about it. Does that suck? Yes, absolutely. But Trump’s rhetoric on the 2020 election suggests that he’s still taking the issue personally rather than using it as a warning to all Republicans that they need to learn from those problems to fix them to ensure that the integrity of future elections is not compromised. As a candidate for president, his message should be about looking forward, not backward, and he can’t seem to do that. In fact, he’s so obsessed with looking backward that he’s literally calling for an election to be tossed out simply because one story was censored on Twitter.

This doesn’t mean we shouldn’t worry about the widespread election fraud and irregularities that plagued the 2020 vote. Certainly not; the issue of election integrity is just as important today as it was two years ago — the botched election in Arizona is proof of that. But Trump needs to accept that the results of the 2020 election can’t be undone. Instead of whining about how he should have won, he should be focusing on issues that matter to people today (like the economy, the border, etc.) as well as having a comprehensive plan for election integrity that the majority of voters can get behind. Talking about throwing out an election is crazy.

The Constitution is more important than Trump’s ego, and if he doesn’t figure this out soon, he’s gonna see his supporters abandon him for a more stable Republican candidate.