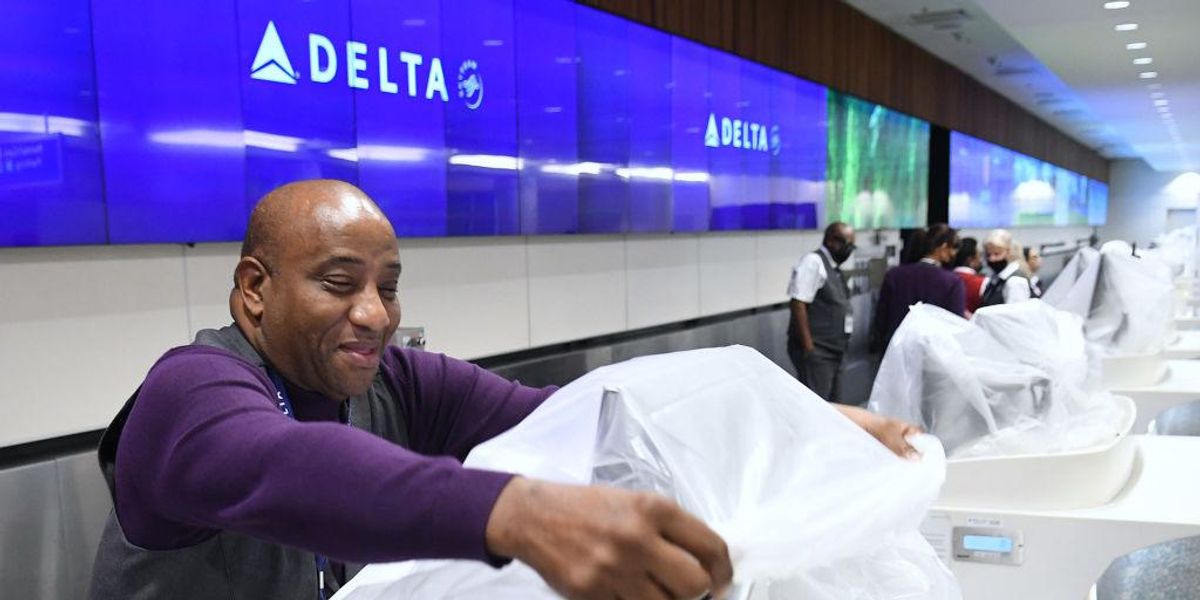 In response to alleged “overcrowding” in their Sky Club lounges, Delta has announced a “solution” that will doubtless enrage travelers who are already feeling the stress of cancelled flights: passengers who paid for a Sky Club membership will no longer be allowed to access the lounge if they are flying economy.

What’s more: Experts say the overcrowding problem was caused by Delta’s decision to offer too many people free or reduced price membership through credit card deals that provide the airline with a financial kickback.

According to a statement released by Delta, the changes will take effect starting in 2023, and will include an increase in the cost of a Sky Club membership from $545 to $695 per person or $845 to $1,495 for executive memberships. Even those who pay the increased price will not be able to use the Sky Club unless they have a non-economy ticket – unless, of course, they have an eligible American Express deal.

Delta president Dwight James defended the decision, saying, “While we’re thrilled to see so many customers enjoy the fruits of our teams’ hard work, our goal now is to balance the popularity of the Clubs with the premium service and atmosphere for which they were designed – and that our guests deserve.” By “our guests,” Delta apparently means “our first class ticket-holding guests.”

Kyle Potter, the executive editor of the Thrifty Traveler, told KARE-TV that the blame for Delta’s overcrowding problem lies with Delta’s partnership with American Express, which has given too many passengers who did not pay the premium for Sky Club membership to access the lounge.

Potter claims that “Delta isn’t cracking down on those who are getting into airport lounges using their credit cards,” and furthermore says that, “The takeaway here is, there is a battle going on in the entire airline industry, between credit cards on one hand, and airline elite status on the other hand. And the credit cards are winning because money talks.”

In their statement, Delta also indicated that they were working to expand their lounge capacity in a number of airports.