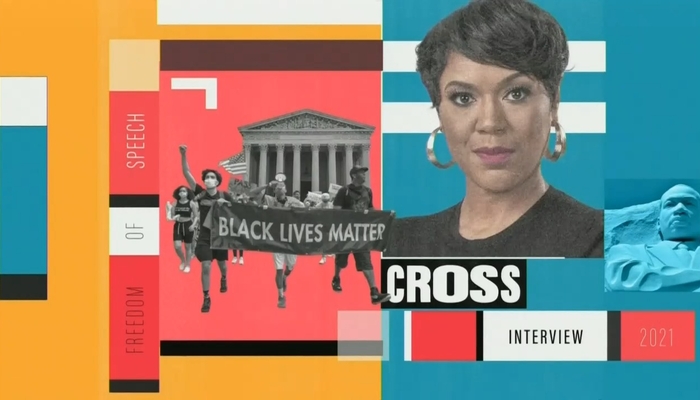 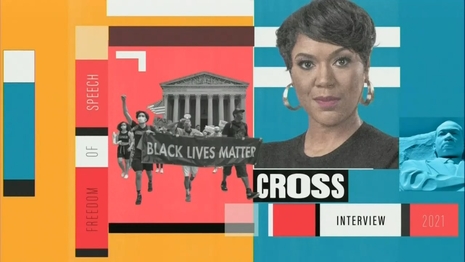 On Friday, Washington Post Opinions Editor Karen Attiah launched an attack on MSNBC for taking Tiffany Cross removing her and her weekend show The Cross Connection. The headline was MSNBC’s cancellation of Tiffany Cross sends a chilling signal. Attiah complained this showed blacks were “still disposable” and “If this can happen to Cross, all Black journalists are on shaky ground.”

Attiah clearly thought MSNBC having a black leader in Rashida Jones should have safeguarded Cross’s anti-white bomb-throwing. She didn’t consider that maybe Cross felt she didn’t have to play by the company rules. Attiah loved her hot takes on the white Right:

To be a Black public figure who chooses to be honest about white supremacy in this country is dangerous business. And there is no starker example of that than Tiffany Cross — whose show, “The Cross Connection,” was canceled last month by MSNBC, and whose contract with the network wasn’t renewed….

It was also one of the few shows left on a major news network that centered the voices of Black people and others of color….

She was unapologetic about discussing white supremacy and did not hold back on matters of race. This, of course, drew the ire of the right-wing chattering class, who increasingly singled her out.

When the news came about Cross’s dismissal on November 4?

It was a stunning announcement — and, particularly for Black journalists, a reminder that the rug could be pulled out from under us at any time. She was not even given the dignity of a final, sign-off show.

It’s all a bad look, sending the message that we can be abruptly de-platformed for stirring up the right-wing media pot. Two years after the supposed “global reckoning” on race, we are still disposable.

Attiah added these current times, with the controversy over Critical Race Theory and Black Lives Matter hucksters, there should be no surrender:

The symbolism of Cross’s de-platforming is all the more concerning considering the political times we live in, when attacks against Black educators, authors and journalists are increasing across the country. In a letter to MSNBC, more than 40 Black leaders protested: “This season is too grave a moment in American history to silence the voices of Black Women who, time and again, save America from itself.”

Gabriel Hays at Fox News noted the New York Post reported in early November that Cross was let go from her show after “multiple incidents in which she repeatedly dropped inflammatory comments on the air — despite multiple warnings from execs at the network, according to a source close to the network.”

The report speculated that Cross’s outbursts during a Comedy Central panel may have been the “final straw.” During the discussion, Cross ranted, “Florida literally looks like the d— of the country, so let’s get rid of Florida.”

Alex Christy made a list of Cross’s outrages in his blog on her dismissal. Geoffrey Dickens brought the videos of her worst “burn it down” takes.

Bodycam Footage Matches Almaguer’s Reporting – So Why Did NBC Suspend Him?
SHOCK: CBS’s O’Donnell Pushes Back on Gavin Newsom’s Anti-2A Lies
A Surprise Resignation in Wellington
Woman allegedly met 87-year-old Holocaust survivor on dating site, conned him out of millions that she blew on luxury items
Pompeo says he knows this Democrat leaked classified info