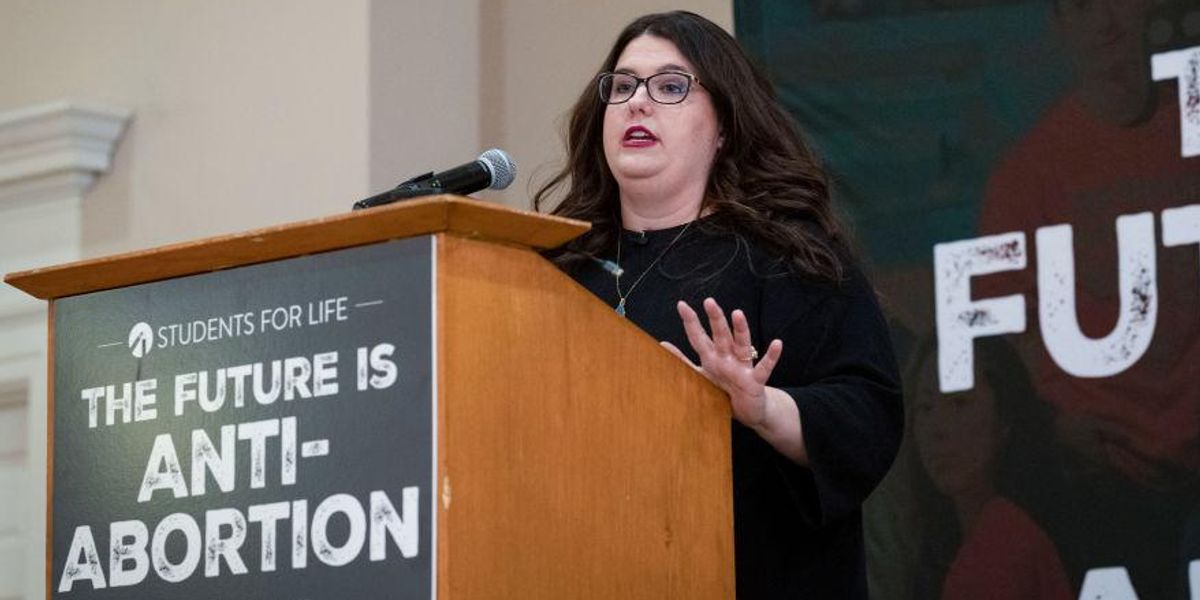 On Saturday afternoon, the first note was discovered taped to the St. John Paul II Newman Center near the University of Nebraska-Omaha’s Scott Campus. The Catholic-affiliated center serves as a housing facility and community space for UNO students.

“If our right to abortion in Bellevue is taken away due to the attempt to pass an abortion ban and it gets passed we will shoot up your Newman Center with our new AR-14 rifles. Sincerely, Jane’s Revenge,” the note to the Catholic center allegedly read.

The letter, which was addressed to the Newman Center director, Rev. Dan Andrews, was discovered by Students for Life members. The group’s president, Kristan Hawkins, posted a photograph of the threatening note on social media.

Hawkins wrote that the group of pro-life activists was meeting at the center over the weekend to “strategize about how to use @studentsforlife’s Campaign for Abortion Free Cities to shut down the late-term abortion facility in the state.”

“When we arrived, a death threat via guns from Jane’s Revenge was posted on the door,” Hawkins explained.

u201cBREAKING: Janeu2019s Revenge threatens to shoot pro-lifers. nnThis morning in Nebraska, our team arrived for our @SFLAction Poltical Leadership Workshop where we are gathering activists from across the state to strategize about how to use @studentsforlifeu2019s Campaign for u2026u201d

The university posted an alert to students noting that UNO Public Safety, the Omaha Police Department, and the Douglas County sheriff’s office are working together to investigate the incident and determine the credibility of the threats.

“This obviously causes us great concern,” Rev. Dan Andrews told KETV. “Our number-one priority is the safety of our students … we are thankful for UNO Police’s prompt response and attention to this threat.”

Lt. Neal Bonacci reported that around 5:15 p.m. on Saturday, another similar letter was sent to the Christ Community Church in Omaha, according to the Star Harald. The note also claimed to be written by Jane’s Revenge and threatened violence against the Christian church.

In a message to church members, Christ Community Church stated, “Friends, earlier today, CCC staff found a threatening note taped to an outside door at CCC. The note claims to be from the abortion rights extremist group, Jane’s Revenge, and makes threats against our Lead Minister and the church relating to an abortion policy discussion taking place in the City of Bellevue.”

According to the Crime Prevention Research Center, between May 3 and September 24, there were 135 attacks on pro-life centers and activists.

In a June letter from Jane’s Revenge, the group vowed to go after pro-life organizations following the Supreme Court’s decision to overturn Roe v. Wade.

“From here forward, any anti-choice group who closes their doors, and stops operating will no longer be a target,” Jane’s Revenge wrote. “But until you do, it’s open season, and we know where your operations are.”