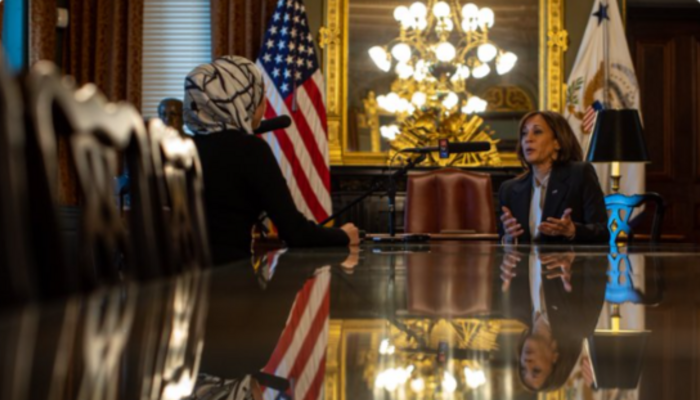 At year’s end, Vice President Kamala Harris is making the rounds of syrupy and supportive interviews, but you can still wonder which of her communications staffers is going to quit after aerobically trying to prepare her for these softball sessions.

Molly Jong-Fast was an eager booster at Vanity Fair magazine, begging her to “walk me through” the powder-puff points, but when she told the vice president her mother was the feminist sex-novel author Erica Jong, Harris said “That’s your mom? Nobody tells me anything around here!” 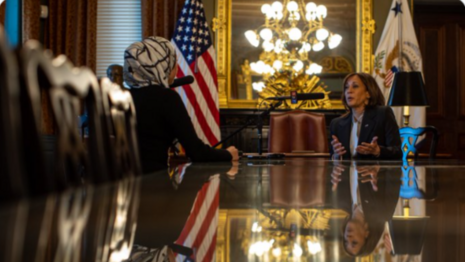 National Public Radio White House correspondent Asma Khalid could have been nicknamed “Asma Coddle.” She and Jong-Fast rolled out the red carpet for White House messaging on abortion and on the Biden-spawned border crisis.

NPR promoted their Kamala cuddle on All Things Considered in the evening, on Morning Edition, on their talk show Here & Now, and at length on The NPR Politics Podcast. On all but the last one, Khalid would helpfully introduce and frame the Harris answers instead of actually letting the audience hear her indolent inquiries.

You can listen to chunks of this interview and think: Democrats absolutely own National Public Radio. They are dominant, and NPR is submissive.

Harris didn’t actually answer the questions NPR emphasized in its newscasts. What can the administration do to go around Congress on immigration? Harris just complained that Congress won’t act. Will the Vice President decide to exit Twitter? Harris just babbled demands that Big Tech leaders cooperate with the administration to “do everything in their power to ensure that there is not a manipulation that is allowed or overlooked that is done with the intention of upending the security of our democracy and our nation.”

Here’s how you know just how lazy NPR gets with politicians they support. There are no interruptions. On the podcast, Khalid asked Kamala about abortion: “Democrats don’t have the numbers in the Senate to overturn the filibuster. I want to know what happens next. I mean, what happens to the promise to codify Roe?” The answer went on for 449 words (two minutes and 51 seconds).

It was even worse when Khalid asked a poor-dear question about being vice president. “By definition, this feels like a tough job. I mean, you are someone’s No. 2 by definition. Do you feel like you found your own lane? And I’m curious what the toughest aspect for you has been these last couple of years.” The answer was an interminable 558 words (three and a half minutes).

As usual, the proof of a puffball interview isn’t just the questions asked, but those that were not asked. You could start with the feverish personnel turnover in her office, and then add tensions with President Biden. Politico is reporting Biden vented early on that his veep was a “work in progress,” and that Doug Emhoff, the vice president’s lawyer spouse, was bitterly complaining about the tough issues added to his wife’s policy portfolio that could hurt her presidential prospects.

Unlike Kamala’s office, no one at NPR will resign or be fired over badly prepared softball interviews. Our taxpayer-funded radio network is once again putting tinsel and shimmering lights on the White House Christmas trees. For Democrats, it’s all tidings of comfort and joy.