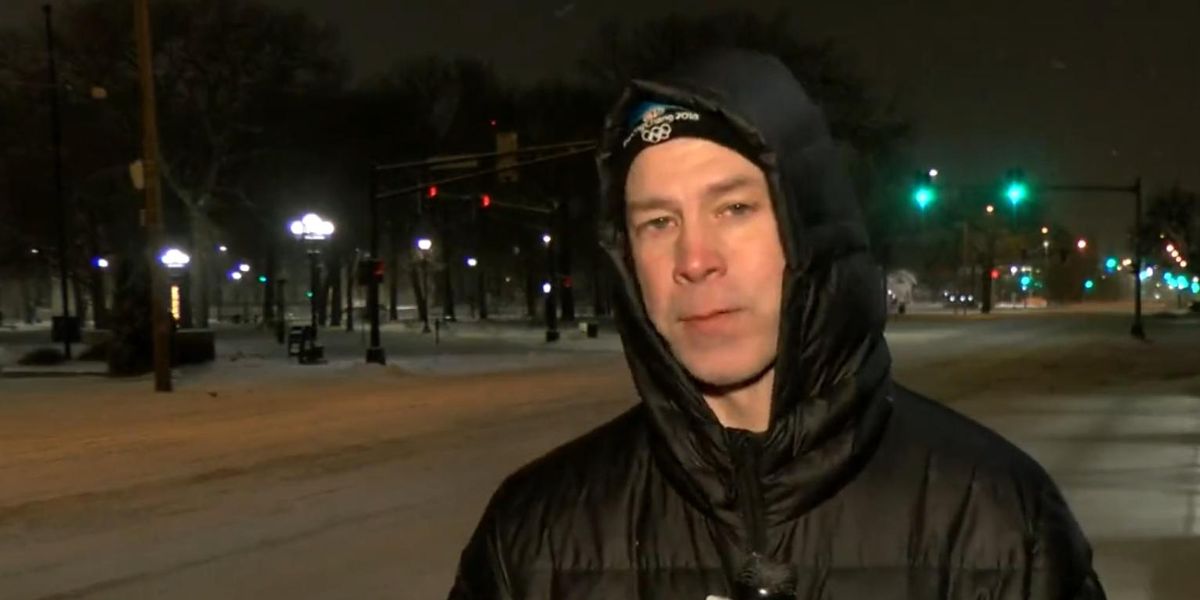 The winter storm that has blanketed much of the United States in snow and record-cold temperatures has been a major inconvenience for many this week, but perhaps no one had their complaints about the situation more widely heard than Iowa sports reporter Mark Woodley.

Woodley, who covers sports at KWWL-TV in Iowa, was reassigned to weather coverage this week when the winter storm in Iowa resulted in the cancellation of virtually all sporting events – and he was not happy about it. He was particularly upset about being forced to work a show that was much longer than normal, outside in the freezing cold, and made sure all his station’s viewers knew about it.

In a compilation of clips that has already been viewed over 4 million times on Twitter, Woodley repeatedly aired his frustrations with the assignment on-air, griping, “I normally do sports, everything is cancelled here for the next couple of days so what better time to ask the sports guy to come in about five hours earlier than he would normally wake up, go stand out in the wind and the snow and the cold and tell other people not to do the same?”

u201cThis is what you get when you ask the sports guy to come in to cover a blizzard in the morning show.u201d

At another point, Woodley quipped, “I didn’t even realize that there was a 3:30 also in the morning.”

Woodley also at one point noted that he usually does a half hour show indoors, and repeatedly remarked on the length of the overnight broadcast, asking, “Can I go back to my regular job? I am pretty sure you guys added an extra hour to this show just because someone likes torturing me.”

Woodley’s discomfiture has already even inspired a T-Shirt company to capitalize on the incident.

u201cPlanet Earth requested these, Mark approved these. Online now! We’ll TRY and get them in Cedar Falls by tomorrow (but, you know, blizzard). #RAYGUN https://t.co/n4PLr1ODC9nnGive Mark a Pulitzer you cowards!nnMake your day better by watching: https://t.co/cgWQ2sQpt0u201d