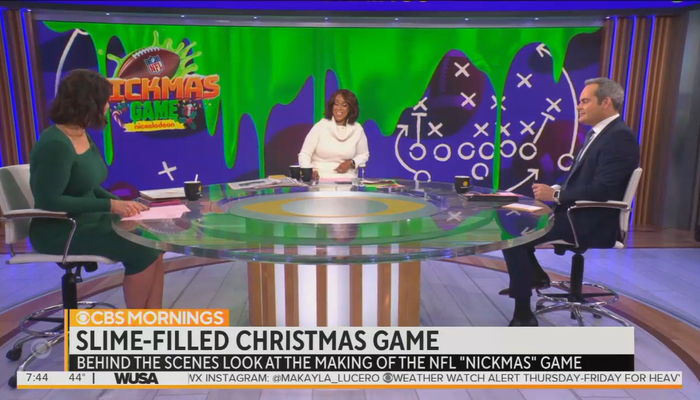 The Big Three broadcast networks barely cared this morning that the Senate voted for a massive $1.7 trillion spending bill, including 18 Republicans who effectively pre-empted the incoming GOP House majority from having an influential role in budget decisions for the remainder of the 2023 fiscal year. 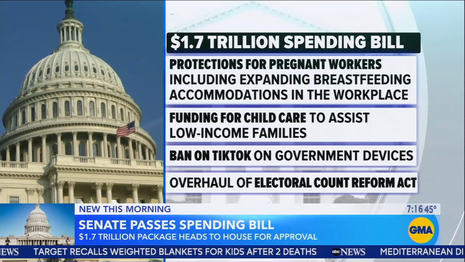 ABC’s Good Morning America was the only broadcast network morning show that bothered to air a full report, and that was a mere 93 seconds. Correspondent Rachel Scott cheerfully recited the laundry list of goodies the bill would provide: “$45 billion in aid to Ukraine….a pay raise for troops….$40 billion in disaster aid….protections for pregnant workers…billions in funding for child care.”

NBC’s Today show offered just 24 seconds, lauding it as “a big breakthrough,” while CBS Mornings only devoted a near-worthless seven seconds during the show-starting “Eye Opener” to tell its viewers about the news, running a fraction of CBS’s Wendy Gillette’s piece from the network’s 4am CBS Morning News. 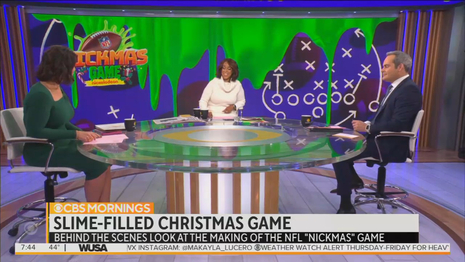 CBS Mornings had other priorities, apparently, including a nearly four-minute long (3:41) promotional piece about the animation that will be employed in Sunday’s “Nickmas” football broadcast, a joint project of CBS Sports and Nickelodeon.

Viewers didn’t hear a single syllable of criticism of the bill or of the 18 Senate Republicans choosing to cut out their House colleagues. And you’d never know about some of the ridiculous spending and policy choices in the bill — such as the taxpayer-funded “Michelle Obama Trail,” or that the bill spends millions on border security in the Middle East but prohibits spending on border security in the U.S.

A few of the choicer items, as summarized by Fox Business a couple of days ago. Excerpts:

The behemoth bill requires $410 million to “remain available” to reimburse Jordan, Lebanon, Egypt, Tunisia and Oman for “enhanced border security.” At least $150 million of that must go to Jordan, according to the bill.

Meanwhile, the bill allocates $1.56 billion to Customs and Border Protection for “border management requirements” and $339.6 million to Immigration and Customs Enforcement for “non-detention border management requirements,” funds that are prohibited from being used to “acquire, maintain, or extend border security technology and capabilities” unless they’re for improving processing.

About $3 million goes toward the Pollinator-Friendly Practices on Roadsides and Highway Rights-of-Way Program, according to the bill.

One earmark included in the spending bill asks for $3.6 million for a project called “Michelle Obama Trail – PATH Trail Project” in Georgia.

None of that was mentioned during Friday morning’s network coverage. Here’s a rundown (click expand):

Voice of WENDY GILLETTE: The Senate passed a massive $1.7 trillion spending bill that funds federal agencies through next September. 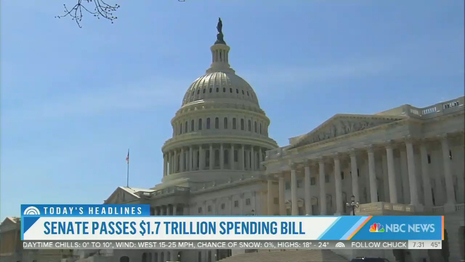 Co-host SHEINELLE JONES: Now to a big breakthrough on Capitol Hill, the Senate yesterday voting to pass a $1.7 trillion spending package just in time to avert a government shutdown. It includes $45 billion in funding for Ukraine; reform of the Electoral Count Act to close loopholes that led to January 6th; and it provides new protections for mothers in the workplace. The House is expected to pass the bill today.

Co-anchor JUJU CHANG [following report on the war in Ukraine]: Now we know aid to Ukraine is one of the big ticket items on the massive $1.7 trillion bill approved by the Senate. Our congressional correspondent Rachel Scott is breaking down what else is at stake in the vote in the House in just a few hours. Now, Rachel, where do things stand with the last-minute scramble to pass it?

Correspondent RACHEL SCOTT: Hey, Juju, good morning. And it is a last-minute scramble because the House is now racing to pass this bill to avoid a government shutdown right before the holidays. But this is a massive piece of legislation, we’re talking about $1.7 trillion, so let’s break down what’s included.

You’re going to see that $45 billion in aid to Ukraine. That’s more than the administration asked for, and it comes right after those direct pleas from President Zelenskyy himself. $858 billion in military spending including a pay raise for troops. $40 billion in disaster aid to help with hurricanes, flooding and wildfires. It does provide protections for pregnant workers, including expanding breast-feeding accommodations in the workplace; billions in funding for child care, providing financial assistance to low-income families.

It includes a ban on TikTok on government devices, and an overhaul of the Electoral Count Reform Act. Now, this is the law that Trump tried to exploit on January 6th. The revisions make it absolutely clear that the Vice President’s role is completely ceremonial when counting those electoral votes. Lawmakers are saying this is the most significant thing they have done in years.

The House is expected to pass this in just a few hours then it heads to the President’s desk for his signature, Whit.

Co-anchor WHIT JOHNSON: We know Congress needs a holiday deadline often to get things done. Rachel, thanks so much.