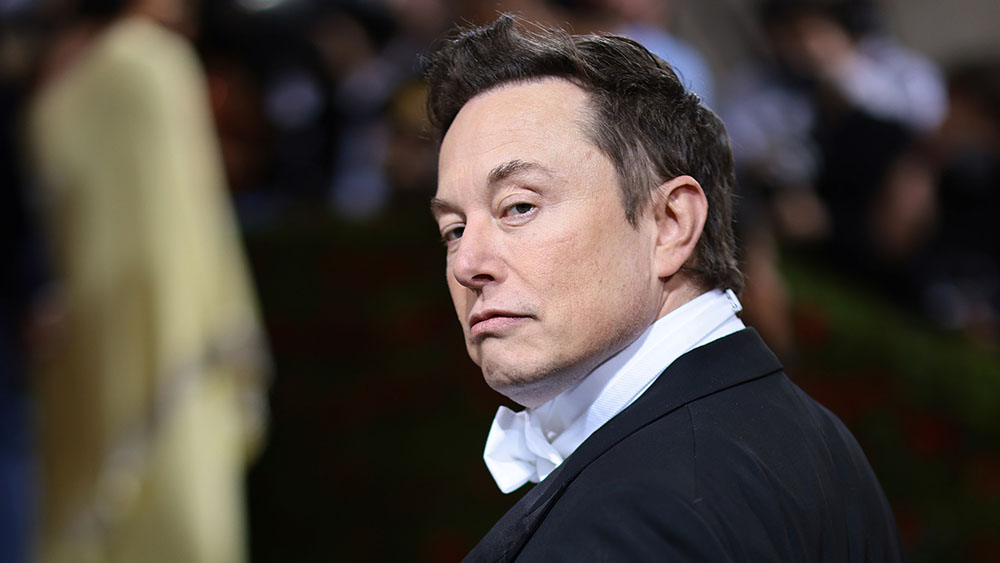 (Natural News)
New Twitter CEO Elon Musk is exposing the truth about the social media platform. The “Freedom Force Battalion” host made this contention during the December 21 episode of her program on Brighteon.TV.

According to Red Pill, Musk has already removed 44,000 Twitter pages involving child sexual exploitation in India alone since he took over the company. “He [Musk] was doing an amazing thing by putting a stop to this evil deed and rescuing the children,” she said.

Before Musk came in, Red Pill noted that Twitter was being used as a front for child trafficking and propaganda control. She also mentioned the rampant censorship in the platform.

Red Pill related that she had been using Twitter to get the truth out before getting banned from the platform. “The point of this social media is for that purpose alone and we are using it to get out the truth. And that is why they are trying everything to stop us,” she said.

Elsewhere in the show, Red Pill showed a video clip of former President Donald Trump’s recent interview with One America News Network reporter Chanel Rion regarding Musk. The “Freedom Force Battalion” host said Trump thinks that Musk is a hero for exposing the truth on Twitter. (Related: ELECTION INTERFERENCE: Twitter changes rules back to what they were before election now that they manipulated election results.)

Unfortunately, many sectors want Musk to step down as Twitter CEO. Red Pill simply told them: “Be careful what you wish for.”

She proceeded to float the idea of having Trump as the next CEO of the social media platform that banned him before. “It would be a big blow to the FBI (Federal Bureau of Investigation), which has been using Twitter, Facebook, Google and the mainstream media,” she noted.

Red Pill also cited an article about the recent Twitter Files dump, which revealed that Twitter aided the Department of Defense in its covert online propaganda campaign.

“So, the nuts and bolts of that dump were proving beyond a shadow of a doubt from their own documents, their own records that Elon now owns, that they are using the social media, as well as Google and the media, to propagandize, to lie, to deceive the American people and people all over the world to blame others for their misdeeds and to misdirect the people,” Red Pill said. “There are still many people who are in the matrix and listening to the wrong things.”

Speaking of Google, Red Pill said the search engine is banning the letter that Americans are sending to the Supreme Court regarding the Brunson case.

She was referring to the case filed by four Brunson brothers against President Joe Biden, Vice President Kamala Harris, former Vice President Mike Pence and 385 members of Congress for allegedly breaking their oaths of office by failing to investigate evidence that the 2020 presidential election was tampered with by “enemies of the Constitution.”

The Brunson brothers’ case is already pending in the Supreme Court with a hearing set on January 6 next year, which coincides with the second anniversary of the Capitol Hill incident.

“And so, we are all sending letters to the Supreme Court as well as copies to the Brunson brothers. This is our right, our First Amendment right to protest, to have a grievance heard and this was not done,” said Red Pill. “It was not about election integrity and removing Joe Biden from office but the failure to hear the grievance of the American people who were called insurrectionists after the January 6 incident.”

Watch the December 21 episode of the “Freedom Force Battalion” below. The show airs every Wednesday at 11 a.m. on Brighteon.TV.

Musk releases proof Trump was censored on Twitter thanks to pressure from his own government agencies.

MSNBC’s Hayes: Conservative Censorship Claims ‘Never Made Much Sense’
Behar: Gun Owners Have a ‘Mental Illness’ That Must ‘Be Stopped’
Climate cult wants every person’s carbon dioxide emissions to be regulated – no more breathing … for the planet!
Planned genocide: Covid jabs were designed to cause harm, warns pharmaceutical executive
Bill Gates Calls the Rise of CCP a ‘Huge Win,’ Urges U.S. To Be More Conciliatory