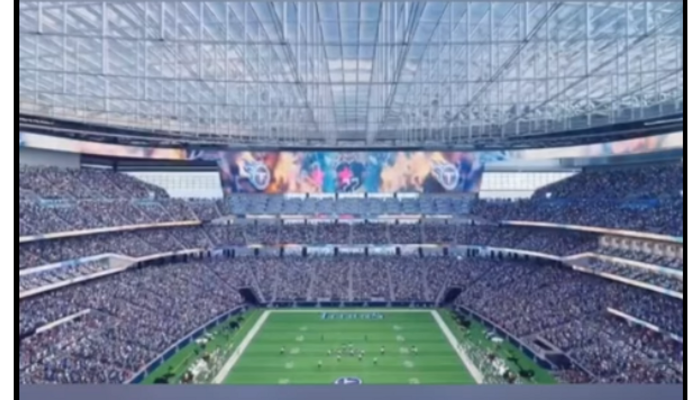 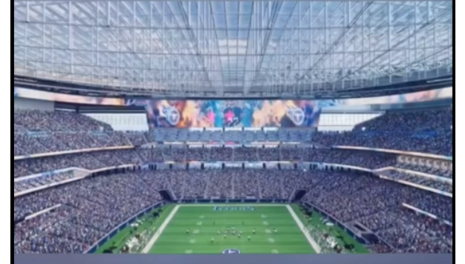 Why are taxpayers footing the outrageous costs of building and maintaining wildly expensive pro football stadiums for mega-corporations? In tough economic times? These are fair questions, says Breitbart’s Warner Todd Huston in a hard-hitting Thursday blog post. NFL teams are sticking it to taxpayers by exacting insane corporate welfare handouts despite their own wealth.

The National Football League’s business and real estate value exceeds $130 billion, according to an estimate. The average team value is more than $4 billion. Additional league income was pegged at $17 billion in 2020, $15 billion in 2019 and $14 billion in 2018.

Yet taxpayers are getting fleeced to help pay for their stadiums. To add insult to injury, they are also getting the NFL’s Inspire Change social justice movement thrown in their faces. It’s all outrageous.

Huston said the Tennessee Titans in particular will take taxpayers for a ride if their new $2.1 billion stadium proposal (see above photo) flies.:

“For instance, the people of Tennessee in general, and the city of Nashville in particular, are on the hook for $500 million and $760 million, respectively, for the new stadium for the Tennessee Titans.”

The Las Vegas Stadium Authority bilked taxpayers for $750 million for the Raiders’ stadium.

These corporate handouts aren’t just for new stadiums either. Chicago raked up $640 million from citizens to make stadium renovations. That was 20 years ago, and now the Bears are considering a move to the suburbs, where they’ll extend their hand to taxpayers to help build a shiny new stadium.

“Other cities and states are in the same boat as the three above as NFL teams,” Huston writes. “Other pro sports teams continue to cajole foolish politicians into agreeing to give them billions in tax dollars for new or rebuilt facilities. Few of these deals are ever good for the taxpayers, though.”

The Breitbart story also notes a report by CNBC stating, “Since 2000, public funds diverted to helping build professional sports stadiums and arenas have cost taxpayers $4.3 billion. While the NFL and team owners contend that building stadiums will provide economic growth for a city, economists and urban planners think otherwise.”

NFL teams pass their stadium and renovation costs off to the public, mostly through business taxes. Proponents sell them with blue-sky promises that seldom play out as presented.

Look to Chicago for proof. Taxes were supposed to pay $387 million for Soldier Field upgrades, but the actual figure inflated to $640 million. Sorry about that, suckers!

Football is not the only pro sports glad hander sticking it to the public. The other major league sports are doing the same thing.

In Phoenix, the Diamondbacks’ baseball team engaged in a legal dispute with Maricopa County over who should pick up the $187 million tab for repair costs. The team passed along nearly a half-million bucks in legal fees to you-know-who: taxpayers.

Eventually, the “Diamondbucks” dropped that dispute when the county agreed to allow the baseball team to find a location to do what? Build another stadium and present taxpayers with another major cost to help fund. More recently, the Arizona Legislature passed a 9-percent tax on all items sold at the current stadium to pay off a public revenue bond issue for renovations at the current stadium that could approach $500 million.

I know it’s not likely to ever end, but here’s to wishing for the end of corporate welfare in sports.

Gaetz Resolution Blocks Schiff From Access to Classified Info, and You’ll Love Its Name
Who Will Win the Battle Over Committee Assignments?
‘Biden told them to come’: Arizona border city on brink of collapse from illegal immigration, officials say
Behar: Gun Owners Have a ‘Mental Illness’ That Must ‘Be Stopped’
Former FBI agent who led Trump-Russia probe arrested for assisting Russian oligarch to evade sanctions and money laundering