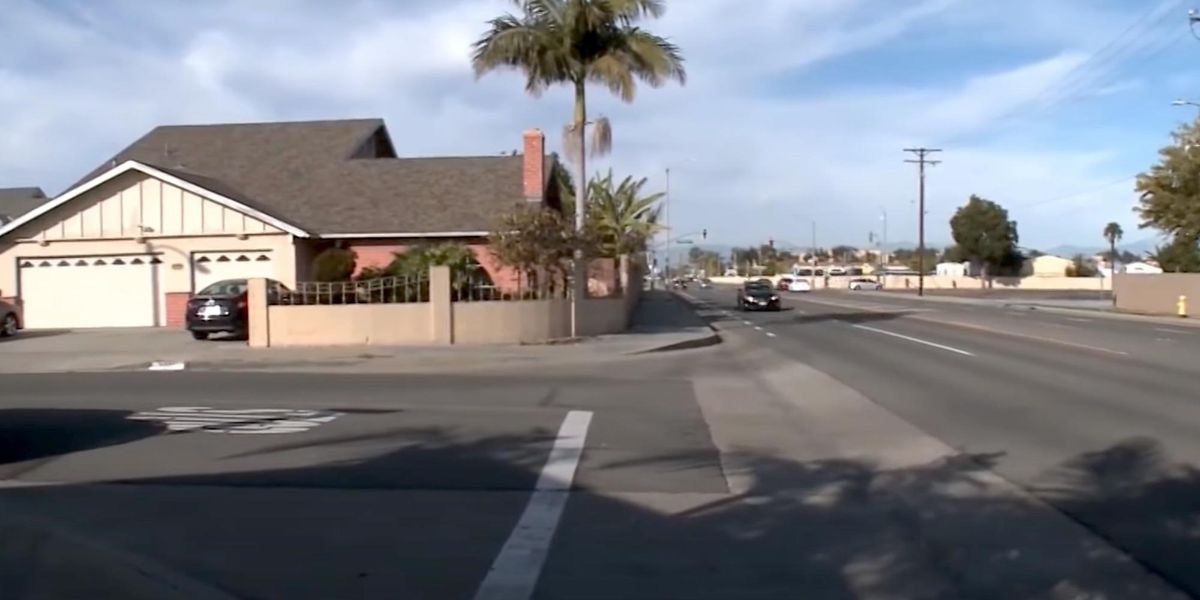 An elderly woman was able to fight off an armed man on a teal colored bicycle who tried to rob her on her morning walk on Christmas, California police said.

The showdown unfolded very early on Christmas morning as the unidentified woman took a walk in her Westminster neighborhood at about 3 a.m.

The woman in her eighties was confronted by the man with a gun after he rode up to her on his teal bike near the intersection of Bushard Street and England Avenue. He brandished the weapon and demanded her purse.

Rather than give in to his threats, she fought back.

“Not wanting to relinquish her purse, especially on Christmas, the victim took out her pepper spray and used it on the suspect,” police said. “Luckily, the suspect did not shoot the victim and instead fled the scene on his bicycle.”

Police have not been able to identify a suspect in the case.

The man was described by police as a Latino male in his 30s about 5 feet 9 inches tall and with a slim build. They said he had a “chiseled” face and a “pointy” nose, and was wearing a black beanie and a black jacket with white lettering.

Akesa Oliveti, a nearby resident, told KTLA-TV the attempted robbery was uncharacteristic for the neighborhood.

“I think good for her, I mean, self defense, you know you gotta do whatever you can to protect yourself,” she said.

“It’s unfortunate that happened in our neighborhood,” Oliveti added. “For our experience, we’ve never heard or seen anything like that happen around here.”

Police are asking for residents in the area to check their surveillance cameras for possible footage of the suspect from Christmas day.