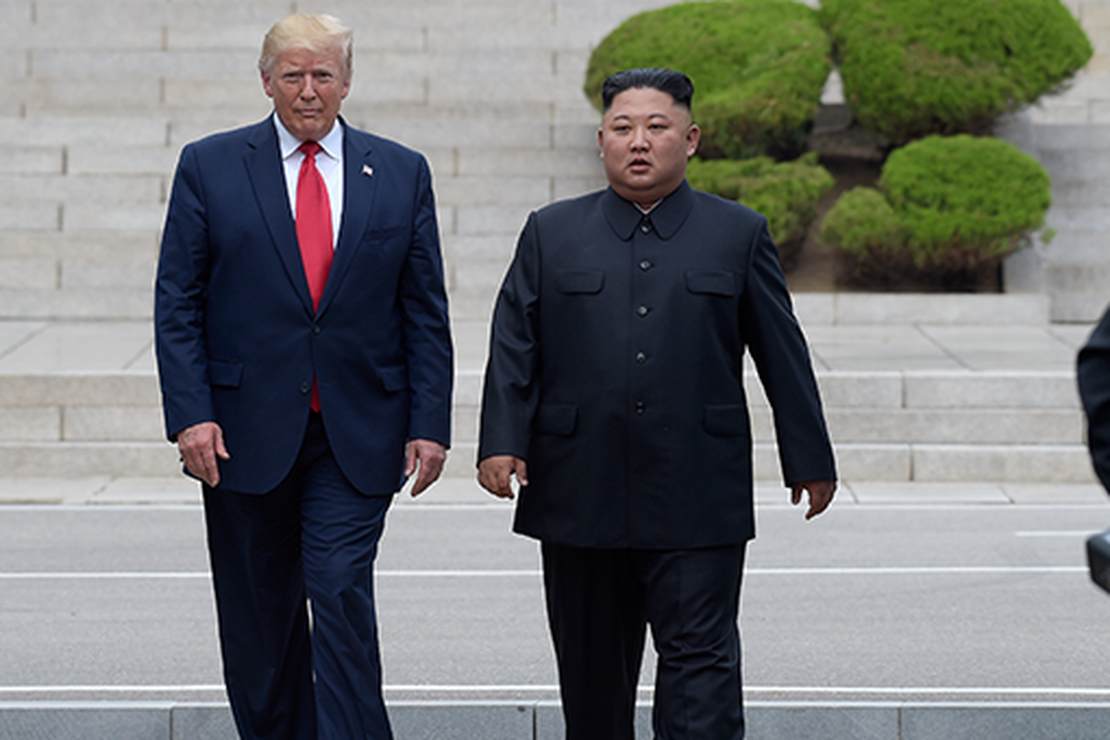 It’s Christmas in the West, and North Korea’s Dear Leader Kim Jong-un was feeling slighted by the fact that people were paying more attention to the real God than they were to the fake deity he makes himself out to be. So Kim hatched a plan guaranteed to get everyone’s attention.

Kim sent five drones on a mission that the South Korean military believes was to photograph U.S. anti-missile defense sites. Almost immediately, the drones were detected and fired upon by anti-aircraft batteries.

But the South Korean military says the drones continued undamaged, eventually going as far as the outskirts of Seoul before turning around.

The South Korean air force scrambled several jets, including a KA-1 propeller-driven attack plane that crashed on takeoff. Both pilots parachuted to safety.

“The vehicles flew across the Military Demarcation Line separating the two Koreas and were spotted flying in those areas in Gimpo, Ganghwa Island and Paju, leading to [the] temporary suspensions of civilian flights,” according to Yonhap.

This is the first time in five years that drones from North Korea had violated South Korean airspace. And the fact that the air force couldn’t shoot them down is an embarrassment for the military as well as President Yoon Suk Yeol. The military felt it necessary to apologize for the failure.

Lt. Gen. Kang Shin Chul, chief director of operation at the Joint Chiefs of Staff, said in a televised statement the military feels sorry because of its failure to shoot down the North Korean drones and for causing big public concerns.

Kang acknowledged South Korea lacks capacities to detect and strike small surveillance drones with a wingspan of less than 3 meters (9.8 feet) though it has assets to spot and bring down bigger combat drones. Kang said South Korea will establish drone units with various capacities and aggressively deploy military assets to shoot down enemy drones.

It’s rare for South Korea to acknowledge any incursions in its territory, and this may herald a new policy direction under President Yoon. Elected in May of this year, Yoon ran on a “get tough with the North” policy and opposed the less confrontational approach of his predecessor, Moon Jae-in. In fact, during the bitter campaign, Yoon accused Moon of being “subservient” to the North and said he was undermining South Korea’s seven-decade military alliance with the United States. He appears to be simpatico with Joe Biden on foreign policy, especially on Taiwan and China.

But Yoon has a China problem. The closer he gets to the U.S., the more nervous his Chinese neighbors become. And China’s close relationship with the North practically precludes any ultra-aggressive actions Yoon may wish to take in response to this gross provocation.

Yoon realizes his military has a ways to go before it can meet the drone threat.

“The incident showed a substantial lack of our military’s preparedness and training for the past several years, and clearly confirmed the need for more intense readiness and training,” Yoon told a cabinet meeting according to Reuters.

North Korea also test-launched two ballistic missiles on Friday. Along with the drone incursions, Kim may be sending a message to a meeting convened on Monday of the Sixth Enlarged Plenary Meeting of the 8th Central Committee of the Workers’ Party of Korea (WPK).

At the meeting, the participants approved five big agenda items including a review of the implementation of major policies and the budget in 2022, as well as the work plan and a draft budget for 2023.

Kim presented a detailed report on how the country’s power has “remarkably increased in all fields of politics, military, economy and culture, and successes and progress have been made in carrying out the gigantic tasks … through this year’s unprecedentedly arduous and fierce struggle,” KCNA said.

“He stressed the need to lay out more exciting and confident struggle policies based on valuable facts that achieved practical advance while persevering all difficulties.”

These Communist Party apparatchiks cannot be especially pleased with Kim given the dreadful state of the economy and the continuing problems with the pandemic. He’s probably in no danger of being deposed, but Central Committee can certainly make his life uncomfortable.

Kim may be testing the limits of Yoon’s patience to gauge how far he can provoke him before the South Korean leader responds with more than threats. But Kim isn’t stupid. He won’t provoke Yoon to the point where war becomes inevitable. But that’s an extremely fine line to walk, and miscalculation isn’t impossible.