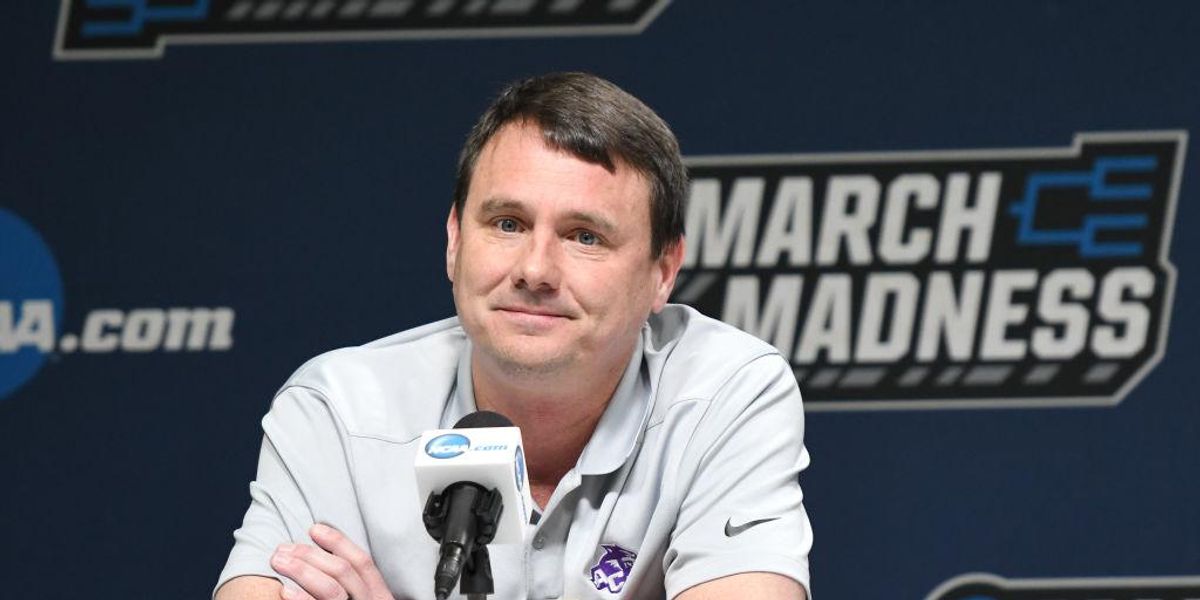 The Christmas season has a way of bringing people together, even people who might see one another as rivals in other situations. Christmas Day 2022 was no different. That night in Dallas, the University of Texas-El Paso men’s basketball coach rented an SUV large enough to transport himself, his family, and three complete strangers who desperately needed to get to El Paso.

On Sunday, Coach Joe Golding was just one of thousands of people at Dallas Love Field Airport whose flight had been canceled due to inclement weather. Golding, his wife, and their two kids walked over to the car rental area so that they could find a way home to El Paso. While there, Golding overheard three sizable young men wearing University of Pittsburgh apparel discussing a similar predicament. The three men turned out to be Pitt football players who needed to find a way to get to El Paso for a bowl game later this week.

“I see these three guys, and they have Pitt bags on, and they start talking about playing in the Sun Bowl and having to get to El Paso,” Golding said on Monday.

Unfortunately, many folks were scrambling for the few remaining rental cars, so the chances that the three Pitt guys — redshirt freshman quarterback Jake Frantl, freshman defensive lineman Samuel Okunlola, and redshirt junior defensive back Hudson Primus — would find one in time were slim. So Golding decided instead to demonstrate true Southern hospitality to his forlorn brethren from Pennsylvania.

“Out here in West Texas, that’s what we do,” Golding stated. “I didn’t even really think twice about it.”

Golding walked up to the players and extended them an offer they couldn’t refuse.

“I was like, ‘Hey, if we can find a big enough car, I’ll take you guys home,'” Golding recalled.

It turned out that there was a Ford Explorer large enough to accommodate all seven passengers. So the players contacted their coaches and parents, explained the situation, and hastily agreed. The whole group then grabbed “dinner” at a local gas station, piled into the SUV, and hit the road sometime between 9:30 and 10:00 p.m.

The distance between Dallas and El Paso is over 630 miles and takes over nine hours to traverse in a car. But the unlikely companions found a way to pass the time well.

“I educated them on West Texas, they educated me on Pitt football and Stack’d burgers!” Golding tweeted on Monday.

The group made just one stop — in Pecos, Texas — to reload on caffeine, and they all arrived in El Paso just a few minutes before 6 a.m. Monday morning, plenty of time for Frantl, Okunlola, and Primus to make their 9:00 a.m. meeting and 10:30 a.m. team workout.

“They even got a two-hour nap, I think,” Golding joked.

Pitt head coach Pat Narduzzi made sure to thank Golding and his family publicly for rescuing his stranded players.

“Yesterday afternoon, we had a couple guys get delayed with their flights and got stuck in Dallas,” Narduzzi mentioned on Monday. “Joe Golding, head basketball coach for Texas-El Paso, him, his wife and child picked up and took our three guys, drove them ’cause the flight was delayed.

“They got here late last night, and I just wanna give a shoutout to those guys,” Narduzzi added.

Frantl shared his appreciation for the Golding family publicly as well.

And Golding had just as many nice things to say about the three Pitt men he met.

“My family and I were blessed to give a ride to Samuel, Jake, and Hudson. They were terrific young men that represented Pitt football in a first class manner,” Golding tweeted.

u201cMy family and I were blessed to give a ride to Samuel, Jake,and Hudson. They were terrific young men that represented Pitt football in a first class manner. I educated them on West Texas, they educated me on Pitt football and Stacku2019d burgers! Iu2019m a Pitt football fan now!u201d

The Pitt Panthers face off against the No. 18 Bruins of UCLA (-6) in the Sun Bowl on Friday at 2 p.m. ET. Coach Golding and his UTEP Miners men’s basketball team currently sit at 8-4. They will take on University of Alabama-Birmingham on Thursday.

NewsBusters Podcast: Kevin McCarthy vs. Hostile Reporters and Fact Checkers
Trump reportedly is texting after longtime ‘resistance’ to it. NYT says his associates are worried over what might pop up on screen from former president.
Pennsylvania woman sentenced to life for deliberately helping girlfriend starve her young daughters to death: ‘Most horrific case I’ve ever experienced’
Republican recovering from fractured pelvis, other injuries after huge fall
Video: Thieves target charity, quickly realize they underestimated a 76-year-old nun and the power of prayer