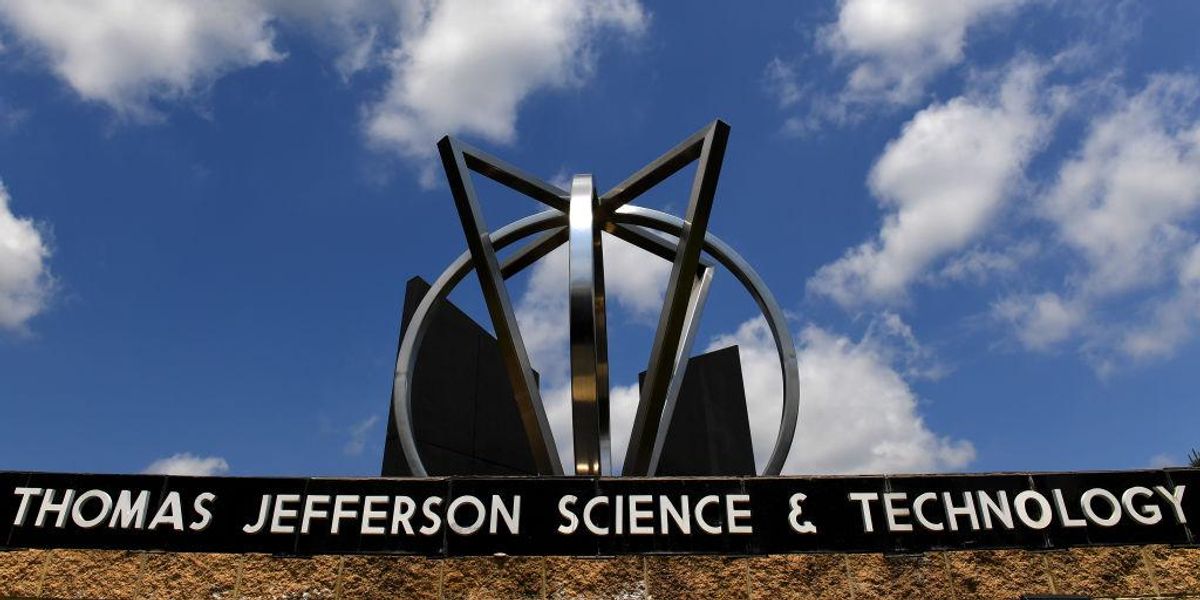 Two administrators at the highest-ranking high school in the nation robbed students of college scholarships and admission opportunities after they hid students’ academic awards to push an equitable learning environment, the New York Post reported.

Many students at Thomas Jefferson High School for Science and Technology in Alexandria, Virginia, earned National Merit awards, but the school never notified them. According to U.S. News & World Report, Thomas Jefferson is the highest-ranked high school in the nation.

Since students were never made aware of their National Merit awards, they could not use them to potentially receive millions of dollars in college scholarships and boost their college admission opportunities.

The school district chose to withhold this information to comply with its strategy of “equal outcomes for every student, without exception.”

The Post uncovered that two school officials, Principal Ann Bonitatibus and Director of Student Services Brandon Kosatka, intentionally withheld notification of academic awards from students and families for years, possibly impacting up to 1,200 students during Bonitatibus’ five years at the school.

According to the New York Post, Thomas Jefferson adopted an “equitable grading” policy that eliminated zeros and automatically gave students who attended class a minimum grade of 50%. In 2020, Bonitatibus failed to inform parents that she had lobbied to remove the school’s merit-based admission test to support “diversity.”

The National Merit organization only notifies the school when a student has been recognized for an award. When asked why the organization does not directly contact students or their families, a National Merit spokesperson told the Post that “high school officials have consistently requested to be the first to announce and recognize their Semifinalists and Commended Students in the National Merit Scholarship Program.”

Shawna Yashar, a parent whose child received an award but was not notified by Thomas Jefferson, told the Post, “Keeping these certificates from students is theft by the state.”

According to local parent advocate Debra Tisler, the school’s decision to withhold the awards could be a civil rights violation since most TJ students are considered “gifted” and many are racial minorities.

Yashar stated that during a phone call, Kosatka admitted that the school intentionally withheld the award information.

“We want to recognize students for who they are as individuals, not focus on their achievements,” Kosatka told Yashar.

Following pushback from the community, Kosatka sent an email to the parents of students who had been recognized. He apologized on behalf of the school and noted that officials would contact college admissions officers to correct the record.

“It was a mistake, to be honest,” Fairfax County Public Schools Assistant Superintendent Fabio Zuluaga told the Post. “A commendation sends a very strong message to the kid, right? Your work is meaningful. If you work hard in life, there are good benefits from that.”

A Fairfax County Public Schools spokesperson told InsideNoVa, “FCPS understands the hard work and dedication of each and every student who competes for college acceptance and scholarship opportunities. Once the issue regarding the fall 2022 notifications was realized, counselors sent emails and made follow-up calls to each college where these students had applied and informed them of the National Merit Scholarship Commendations.”

Four-star US Air Force general predicts war with China in 2025
Florida man sues; says sheriff recklessly featured him on ‘Wheel of Fugitive’ spoof video when he was in jail
Family Sues After Judge Tosses Manslaughter Charges for Security Guards Involved in Hospital Mask Confrontation
$5 Million in Reparations ‘Not Enough,’ San Francisco Board Member Says
Yes, Ilhan Omar Had to Be Punished — and Democrats Know This