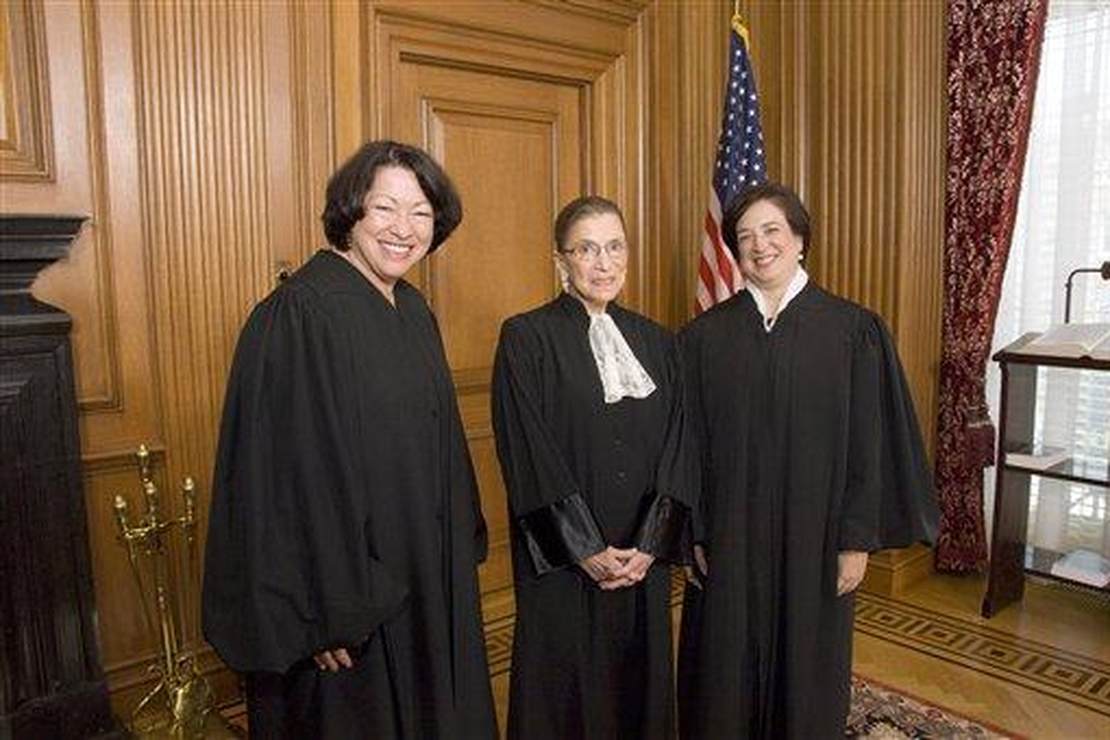 Democrats have never been coy about the importance of the judicial branch in imposing their policies. For them, the court system represents their best chance at overturning popular laws and enacting progressive policies that would otherwise fail in the legislature.

After Barack Obama failed to use his time in office to transform the courts, Donald Trump chose not to make the same mistake and ended up getting a record number of judicial nominees confirmed, including three Supreme Court justices.

Joe Biden, however, hasn’t made the same mistake as his former boss and is rapidly nominating radical left-wing judges to the courts — including one Supreme Court justice, Ketanji Brown Jackson, who is apparently the first Supreme Court justice who doesn’t know what a woman is.

But Obama’s biggest failure was not convincing Ruth Bader Ginsburg to retire. The late justice, who was frequently ill, refused to leave the bench and ultimately passed away several weeks before the 2020 presidential election. Trump promptly filled the vacancy.

Related: When a Stupid Actor Mistakenly Agrees With a Brilliant Supreme Court Justice

The radical left was so traumatized by the liberal icon getting replaced with a pro-life constitutional originalist that almost as soon as Joe Biden took office, there was a campaign to get Justice Stephen Breyer to step down. Liberal groups even put up billboards telling the aged justice that his “legacy” would be at risk if he didn’t quit while Biden was president and Democrats controlled the Senate. Breyer eventually did retire, of course, and liberals got their radical justice on the court. But the left is already looking ahead to 2024, plotting a strategy to prevent a repeat of what happened in 2020.

Ian Millhiser, a senior correspondent with leftist website Vox, thinks that liberal justices Sonia Sotomayor and Elena Kagan, who are 68 and 62 years of age, respectively, should be persuaded to retire so that they can be replaced with even younger and more radical justices.

“The U.S. Senate is a fundamentally broken institution. Democratic judges need to account for that in their retirement decisions,” Millhiser writes. “We have now lived with the consequences of Ruth Bader Ginsburg’s late-life arrogance for more than two years.”

It’s a strange idea, considering that Sotomayor and Kagan are both much younger than Ginsburg was and have no known health issues. But Millhiser is looking ahead and has done the math. The 2024 election cycle has a very favorable map for Senate Republicans, and Millhiser observes, “some forecasts suggest that Democrats won’t have a realistic shot at a Senate majority until 2030 or 2032. And even those forecasts may be too optimistic for Democrats.”

Milhiser laments, “If Sotomayor and Kagan do not retire within the next two years, in other words, they could doom the entire country to live under a 7–2 or even an 8–1 Court controlled by an increasingly radicalized Republican Party’s appointees.”

I’ll drink to that!

It’s not just Millhiser who thinks this plan is a good idea. “I think Sotomayor and Kagan are brilliant justices and I’d be sad to see them go. But Ian is indisputably correct about the political calculus here,” Mark Joseph Stern, a senior writer for Slate, tweeted. “After 2025, Democrats may not hold the White House and the Senate for a decade+. This argument should be taken seriously.”

Of course, the true irony of Millhiser’s argument is that while he laments the politicization of the court, he is advocating for justices (who are both young and healthy enough to spend another 10 to 15 years on the court if they want) to retire entirely for political reasons.

I don’t know if a full-fledged pressure campaign targeting Kagan and Sotomayer will materialize, but regardless, I doubt either will retire anytime soon. They’re both young enough that they won’t voluntarily relinquish their influential positions. But the left clearly feels entitled to a majority on the Supreme Court and doesn’t much care who they shove out of the way to get it