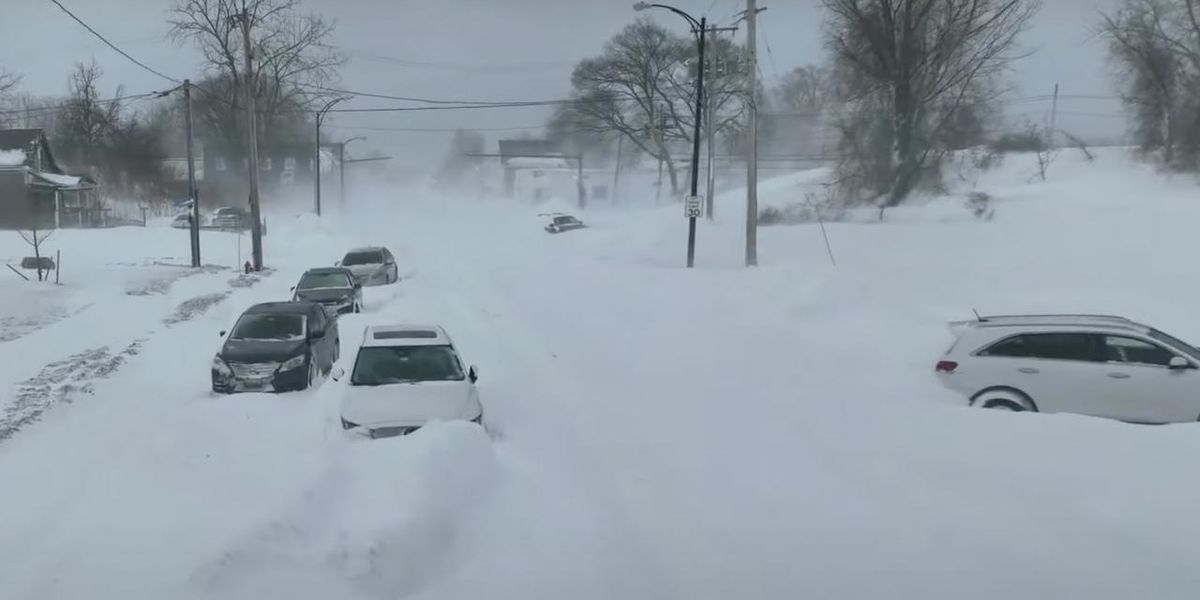 A 22-year-old woman was found dead in her car after being trapped for 18 hours in blizzard conditions in Buffalo, New York — part of a deadly weather system that gripped many parts of the country over the weekend.

Anndel Taylor’s family members — who reside in Charlotte, North Carolina — told WSOC-TV that she got caught in the dangerous storm while driving home from work in Buffalo.

“I don’t know if any of us really knew how serious it was,” relative Shawnequa Brown told the station. “We didn’t see the news, we didn’t really know what was going on in Buffalo.”

u201cTaylor called 911 and was waiting for first responders that couldnu2019t reach her. Her mother said the young woman planned to sleep out the storm, then walk home. Instead, she was found dead inside her car https://t.co/vnFyc8JDExu201d

Taylor said during a family group chat that the blinding snow was piling up fast — and she also shared video of the harrowing conditions, WSOC said.

Brown added to the station that Taylor explained to another relative that “she was scared.”

Taylor called 911 and was waiting for first responders who couldn’t reach her, WSOC said.

Wanda Brown Steele — another Taylor relative — told the station she was planning to sleep out the storm and then walk home.

However, Taylor was found dead in her car after being stuck inside for 18 hours, her family noted to WSOC.

“I feel like everybody that tried to get to her got stuck. Fire department, police, everybody got stuck,” Tomeshia Brown, another Taylor relative, told the station. “Why didn’t they have chains on their tires? This is a state that is known for snow.”

“The car was running, and the snow was still coming, so it blocked the pipes, the exhaust pipe,” she noted to WSOC. “Then after the car cut off, that’s when she iced up.”

The station said the tragedy comes between Christmas and Taylor’s upcoming birthday.

“A lot of crying, [she] still got presents under the tree,” Shawnequa Brown told WSOC.

A GoFundMe page has been set up to help with funeral expenses for Taylor.