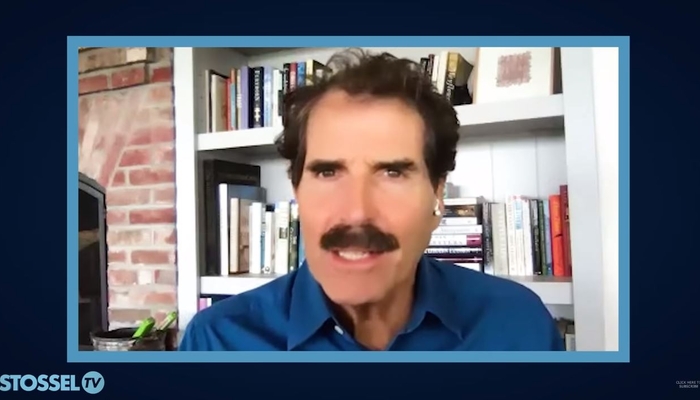 It’s the season for giving.

I’ll donate to the Doe Fund, a charity that helps ex-cons find purpose in life through work. “Work works!” they say. It does. Doe Fund graduates are less likely to go back to jail.

SSP sends the kids to Catholic schools. I’m not Catholic, but I donate because the Catholic schools do better at half the cost. Thousands of families break the cycle of poverty thanks to SSP.

When I was young, I assumed government would lift people out of poverty. “Government programs, a ‘war on poverty’ will give a leg up to the poor,” said my Princeton professors. I believed. But then I watched the programs fail.

Now I understand that government actions do as much harm as good. Sometimes, much more harm.

Take that “war on poverty.” When it began, Americans were lifting themselves out of poverty. Year by year, the number of families below the poverty line decreased.

Then came our government bureaucrats with their rules and programs. So far, they’ve spent $25 trillion on programs for the poor.

The money helped some people. The poverty rate dropped for the first seven years of the “war.”

But then progress stopped. Government’s handouts encouraged people to became dependent on handouts.

Welfare created an “underclass,” generations of people who don’t work. They’d lose benefits if they do.

Generations of people bear children but don’t marry. They’d lose benefits if they do.

Government taught people to be passive. This passivity was something new and bad.

That’s why charity is better. Charity workers can make judgments about who needs help and who needs a push.

Not all charities do good. Some are as bad as government. But when they are well run, charities encourage independence.

They also don’t force us to give them money.

There’s an even better way to help people: capitalism. Not that I’ll convince most people.

Sen. Elizabeth Warren complained that Elon Musk should “pay taxes and stop freeloading off everyone else.”

“I will pay more taxes than any American in history ($11 billion that year) … Don’t spend it all at once … oh, wait, you did already.”

They sure did. The feds burn through $11 billion every 15 hours. Now Republicans and Democrats will spend even more.

Musk, meanwhile, is trying to make Twitter profitable. Some of his ideas are bad. Some will fail. But at least Musk spends his own money, or money people willingly loan him.

Warren and her fellow politicians take money from us by force.

But it’s their own money. They are free to spend it on whatever they want. Most do better things with it than government would.

Businesses do better things because competition forces them to spend money well. If they don’t spend well, they disappear.

Government never disappears. When politicians fail, they force us to give them more of our money so they can do it again.

People hate capitalists, but it’s the capitalists who create the jobs, lift people out of poverty and feed the world.

I’m a reporter, not an entrepreneur. I’m not likely to invent something new and useful. So today, I’ll give money to charity.

It makes me feel good.

But the world benefits more from people like Musk — and the millions of entrepreneurs who try new things.

Coffee contains hundreds of medicinal compounds that may prevent cognitive decline
‘Hawkeye’ actor had been trying to protect his adult nephew when run over by snowplow
Fox News weatherman attacked by group of teens on NYC subway after he defended elderly man; police let suspects go free
Pennsylvania police say family of three found dead in their backyard had a murder-suicide pact, daughter had posted bizarre videos online
Pro-Abortion Protestors: ‘Give It Anesthesia and Suck It Out’ | MRCTV on the Street