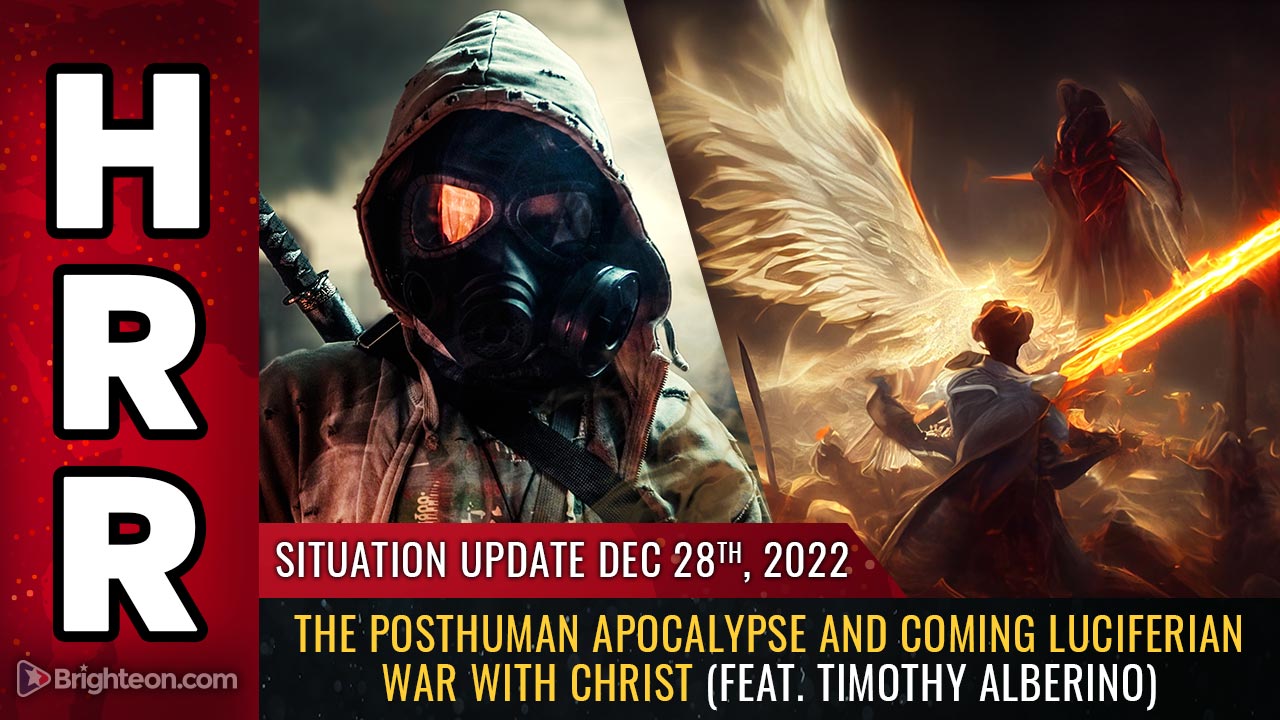 (Natural News)
An ancient, advanced civilization that existed before the Biblical account of Adam was wiped out by a comet strike around 12,800 years ago. This Younger Dryas era strike impacted the ice sheet of present-day North America, causing the Great Flood, a global deluge of flooding and ocean level rise that buried land masses, islands and coastal cities under hundreds of feet of water.

The impact ejected unimaginable quantities of water vapor and particulate matter into the stratosphere, blocking the sun and causing a planetary die-off of plants, animals and humans, bringing an end to many species and the advanced human civilization that existed at the time. Ancient megaliths — large monuments built by previous civilizations — recorded the timing of these events through their alignment with constellations. This alignment is datable due to the 26,000 year precession (wobble) in Earth’s rotational axis. It allows archaeoastronomists — experts in archaeology and astronomy — to identify the construction dates of these ancient artifacts.

All this and more is the focus of my 90-minute bombshell interview with author and researcher Timothy Alberino. His newest book, available on Amazon and other retailers, is: Birthright: The Coming Posthuman Apocalypse and the Usurpation of Adam’s Dominion on Planet Earth.

Alberino also has a YouTube channel called TimothyAlberinoTV. He will soon upload his lecture series to Brighteon.com and establish and channel there as well. 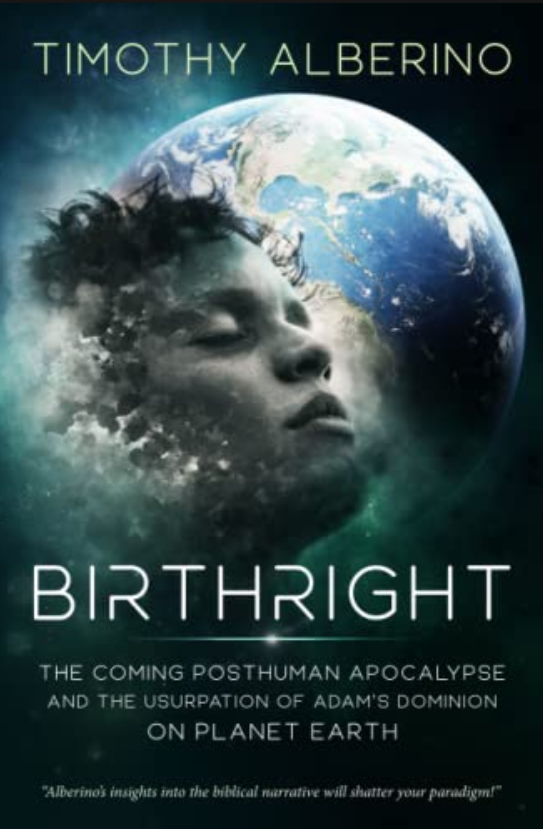 Alberino is a meticulous researcher whose work encompasses scripture, ancient civilizations, cataclysms, transhumanism, spiritual warfare and the coming posthuman apocalypse (among other topics). His knowledge of the big (very big) picture is critical for humanity.

While Graham Hancock (of Ancient Apocalypse fame / Fingerprints of the Gods) rarely touches on scripture or Biblical topics directly, Timothy Alberino integrates Biblical scripture into the full timeline of known human history, including “pre-history” / pre-Adamic times when another advanced civilization existed on planet Earth, thousands of years before our own.

To understand the future, we must know the past

Why does any of this matter? Because if we hope to understand where we are going, we must fully grasp our past. This includes hidden history which has been maliciously buried by modern-day “science” because the real narrative of human history doesn’t fit the modern narratives preferred by the fraudulent establishment. This same tendency to cover up evidence that doesn’t fit the current narrative is found in geology, archaeology, anthropology, physics, astronomy, medicine, immunology, virology and nearly every field of science you can think of. There’s always hidden evidence that’s discarded by the high priests of the “current consensus” because that evidence contradicts their story line.

As a result, modern humans are living in a kind of Truman Show artificial world, with fake history narratives, fake climate science, fake vaccine science, fake news, rigged elections, fiat currency and more. To get to the real truth about any subject, we must look beyond the convenient, “consensus” narratives of the high priesthood and delve deeper into the genuine evidence. And when it comes to ancient civilizations and the Younger Dryas comet impact that destroyed human civilization before our known history, the evidence is overwhelming.

This is what Graham Hancock reveals in his new Netflix documentary series, Ancient Apocalypse, as well as his recent book Magicians of the Gods. Because of dedicated, courageous researchers like Hancock, Timothy Alberino, Allen West, Randall Carlson and many others, humanity is now beginning to unlock the secrets of its own past. These secrets, once fully understood and embraced, may finally allow humanity to face our shared future with a sense of honesty and certainty rather than being brainwashed with fairytale science narratives rooted in suppression of knowledge rather than its sharing.

And be sure you understand that Google is a knowledge suppression engine, not a search engine. Big Tech is run by the CIA, as we’ve all learned recently with the shocking release of the Twitter Files, and the CIA has been running cover-ups for generations. Google, YouTube, Facebook, Vimeo, LinkedIn and all the other large tech platforms exist to both surveil users and suppress knowledge (while rigging elections and urging the gullible to commit vaccine suicide, of course).

Learn more about all this and more in today’s mind-expanding podcast, largely featuring my interview with Timothy Alberino:

– Human voice mastery and what this teaches us about our gifts and capabilities
– Dozens of people died, FROZEN in their cars or on the streets during freeze wave
– Even with a clear forecast, people still did not plan or prep
– Most people can’t see the storms coming in 2023
– Full interview with Timothy Alberino, author of “Birthright”
– Transhumanism and the SURRENDER of dominion over Earth
– Pre-Adamic civilization and its destruction
– Younger Dryas Boundary comet impact event
– The Great Flood and water inundation of ancient cities
– Ancient megaliths, and astroarchaeology time dating
– Athiests vs. Luciferians (theists)
– The coming KINETIC war with Christ upon his return
– How Luciferians are RECRUITING gullible humans to join the side of Satan
– Extraterrestrials are referenced in the Bible
– The “Elders” as cosmic architects who celebrated the creation of Earth
– Globalists think they can become gods through technology
– Spiritual implications of taking mRNA (transhumanism) jabs
– Surviving Hell on Earth as we await the return
– Every conscious human has the power to make a CHOICE between God vs. Lucifer