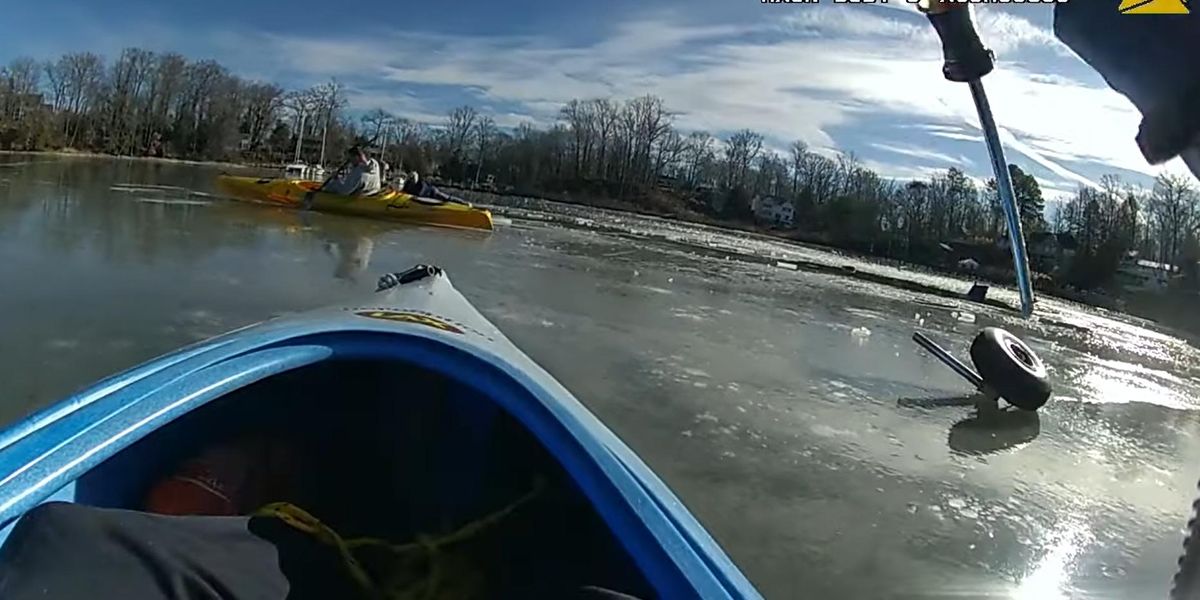 A small plane careened into a creek Monday morning after missing the runway at a Maryland airport. The 71-year-old pilot survived the initial impact only to have to deal with potential hypothermia in the freezing water.

Fortunately, two Good Samaritans and a fast-thinking police officer launched into action in kayaks, trading oars for tools to get the pilot safely ashore.

A Piper Cherokee single-engine plane flown by Steve Couchman choked out after taking off from Lee Airport near Edgewater.

After hearing the initial sputter from the plane’s engine, witnesses heard the vehicle crash into Beards Creek.

Maryland State Police indicated that they were dispatched to the scene shortly before 10:30 a.m., but that two bystanders and a nearby Anne Arundel County Police officer beat them to the punch. It’s a good thing, too.

While Couchman managed to clamber out of the wreck and onto its wing, the plane continue to sink into the icy water.

According to CBS News, John Gelinne was with his family in their house on the creek when the plane went down.

“When we all looked, we knew there was a problem,” said Gelinne. “He was heading at us kinda badly and then he banged hard left.”

Gelinne, who used to serve in the Navy, grabbed his kayak and launched out onto the frozen creek, using a shovel in lieu of an oar to push himself along.

The former Navy man got close enough to the downed pilot and his sinking plane to toss him a life preserver.

“When I got to aircraft, it was in the water, he was kind of hanging on to the back tail and I knew hypothermia was going to be a problem,” Gelinne recounted.

Gelinne was not alone in trying to solve this problem, however. His son had also shot out on a kayak to help in the rescue effort.

They were soon joined by a third: AACP officer Elizabeth Myers.

Bodycam footage shared by the AACPD shows Officer Myers grab a kayak, an oar, and some rope, and then take to the frozen creek.

Myers can be seen using screwdrivers as improvised ice picks to flit across the ice and over to the place where the plane plunged into the deep.

In a statement on Facebook, the AACPD noted, “Oars don’t work on ice, but screwdrivers do!”

The two kayakers and the on-duty police officer were able to get the pilot partially atop a kayak until Maryland Department of Natural Resources Police (NRP) officers arrived by boat.

The emergency crew cut through the ice and pulled the pilot aboard, reported WJLA.

Couchman was taken to the Annapolis Landing Marina and then transported to a hospital, where he was treated for non-life-threatening injuries.

Anne Arundel County Fire Department Lt. Jennifer Macallair noted that the pilot was up against deadly conditions, with hypothermia just minutes away.

As for the kayak trio, Lt. Macallair said, “Their efforts were heroic today. … I give them credit and thanks.”

The Maryland NRP stated, “We are grateful that through outstanding teamwork, a life was saved today.”

u201cPlane Crash Update: The Pilot is being transported to AAMC with non-life threatening injuries. Fire Dept personnel are assisting several kayakers with warming. Great job by all who responded!u201d