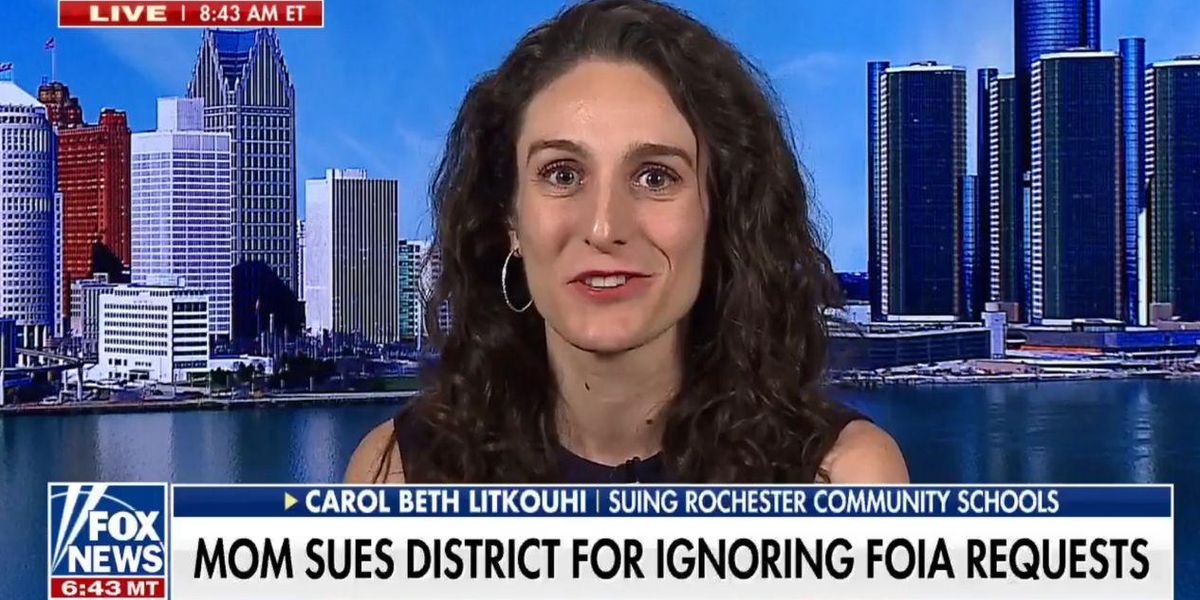 Earlier this month, Michigan’s Oakland County Circuit Court ruled that schoolteachers are not subject to the Freedom of Information Act. Experts told the Daily Caller News Foundation that the ruling raises concerns over public school transparency.

On March 14, Mackinac Center Legal Foundation filed a lawsuit against the Rochester Community Schools district on behalf of Carol Beth Litkouhi, a parent with children enrolled at a school in the district.

Litkouhi argued that the district has refused to provide her with certain course materials for the class “History of Ethnic and Gender Studies,” thereby violating FOIA law.

“It is incredibly disappointing that the district continues to refuse to be transparent and has stonewalled my efforts to learn more about what is being taught in the classroom,” Litkouhi stated.

According to the lawsuit, the district requested that Litkouhi pay a $419 deposit to receive certain materials she asked for via a FOIA request. Litkouhi claimed that the district provided her with some documents, including a unit plan and an icebreaker assignment, but all the other materials she requested were denied.

The district argued that some of the documents were copyrighted material and that others did not exist.

“Schools must make curricula available to parents under Michigan law,” said Steve Delie, director of open government and transparency at the Mackinac Center. “Despite this, Rochester schools has repeatedly failed to fulfill this legal obligation. It shouldn’t take months of back and forth, hundreds of dollars and a lawsuit just to see what is being taught in your community.”

Experts told the DCNF that parents should be concerned about how the court’s ruling will affect transparency in Michigan school systems.

Trent England, the founder of the Electoral College advocacy group Save Our States, told the DCNF that the Michigan court’s ruling was “an insult to parents.” He claimed that public schools “have something to hide” when educators are not “subject to open government laws.”

“Virtual learning during COVID brought unprecedented transparency to public schools, revealing the radical political agenda being pushed in some classrooms,” England stated. “That led to outrage and a demand for school choice, so it’s no surprise school administrators are fighting to get back into the shadows. But it’s disappointing that a judge would do their dirty work.”

“The standard could go further than impacting transparency in the classroom and could potentially exclude local government officials, university faculty, or other state employees from being subject to the Freedom of Information Act,” Holly Wetzel, director of public relations at the Mackinac Center, told the DCNF. “This would severely restrict taxpayer’s ability to keep government transparent and hold it accountable.”

Wetzel argued that the ruling “should be extremely concerning to anyone who is paying attention to transparency efforts across the state.”

Neither Judge Jacob James Cunningham nor the Rochester Community School District responded to a request for comment, the DCNF reported.