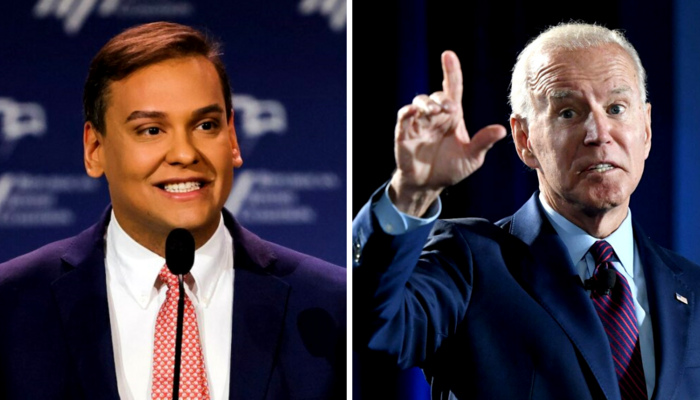 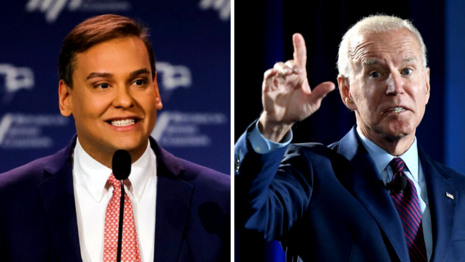 The egg covering the face of poor Chris Hayes is the result of him sticking his foot into the controversy about the lies told by Congressman-elect George Santos versus what he called “normal” political lies told by Joe Biden. Here is Hayes’ Tuesday tweet that caused a tidal wave of blowback mockery of the MSNBC host as to Biden’s “normal” lies:

I think there’s a line between “normal” politican bs-ing and conman serial lying, and he’s got infractions on either side of that line. I mean it would have been a pretty big deal if it turned out Joe Biden didn’t actually have a law degree!

Unfortunately for Chris Hayes the mendacity record is not kind to Joe Biden especially as regards his failed 1988 presidential campaign which also included multiple allegations of plagiarism.

Too bad the media lost their appetite for Biden scandals when he actually became their nominee. pic.twitter.com/tLNVGQgSc8

The Hayes dismissal of Biden’s lying went viral, including this one which in addition to highlighting the lies of his past also pointed out that even leftist Mother Jones magazine covered Biden’s lies as recently as May 2019…before the Democrats decided he would be the nominee.

Didn’t have a full ride
Finished in the bottom 12% of his class
Plagiarized a paper his 1L year
Didn’t compete in an international moot court competition, let alone win ithttps://t.co/82US1oHwOV

There were many many other massive reality checks on Twitter as to what Hayes laughably characterized as Biden’s “normal politican bs-ing” as you can see in this brief sampling:

Was he a truck driver , raised in a black church , professor, graduated in the top of his class, plagiarism, Beau died in Iraq, he was arrested on his way to see Nelson Mandela, he gave a Purple Heart to his dead uncle, went to Afghanistan and Iraq as Pres., and on and on.

Biden has lied for over 40 years about the man driving the other vehicle in the accident that killed his first wife and daughter, falsely accusing him of being a drunk driver. I have no sympathy for Santos, but Biden’s lies are far, far worse.

Perhaps Chris Hayes will learn the lesson already learned by most of the media and just completely ignore the many, many examples of Biden’s conman serial lying instead of making the mistake of assigning him even a hint of “normal” veracity.